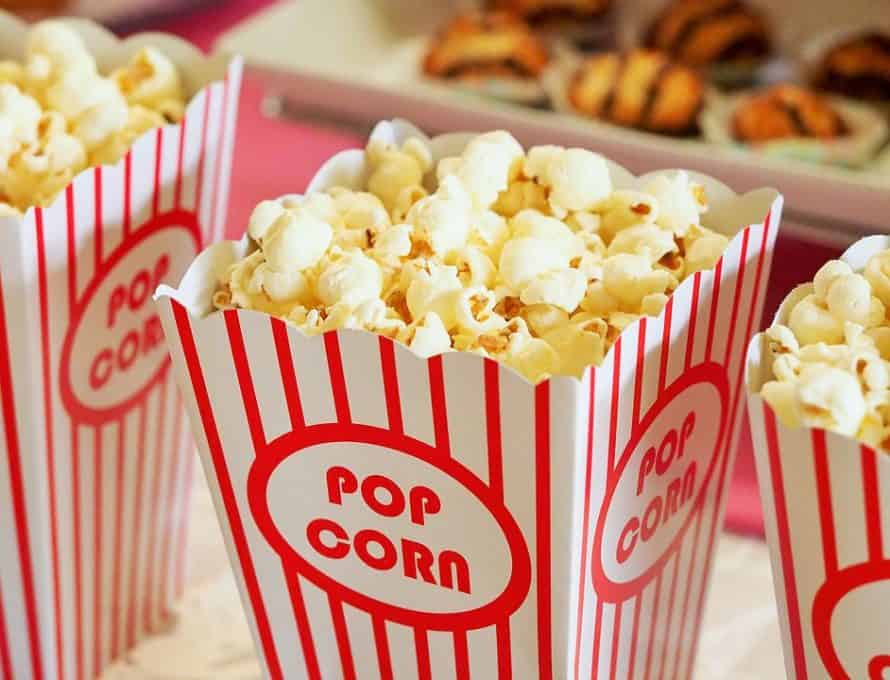 It’s the time of making (and breaking) New Year’s Resolutions. While I’m optimistic I can keep up with my goals for 2019 – continue to lose weight, read more books and pick up a new hobby (I recently tried axe-throwing!) – I am proud to report that I accomplished my resolution for 2018: watch one movie per week.

I know it’s a silly goal, but it was fun. And instead of making 52 trips to the cineplex, I ended up buying tickets 119 times. That’s not a typo. I saw 119 movies on the big screen in 2018. I’ll hold now for your applause/gasps of horror (either  reaction would be appropriate).

I kept obsessive notes during the year, and those 119 movies translated into:

• The average out-of-pocket price per movie: $1.93 (thanks to MoviePass and their absurd business model).

• I once saw nine movies in the span of a single week.

• I saw movies in 12 different theaters in three states and on two continents.

• I saw 85 of them by myself and 34 with friends. I was completely alone in a theater six times.

All that information inspired me to make one more resolution for 2019: watch fewer movies! It’s also led me to three convictions about the movies in general.

First, our children deserve better. Some (not all) of the movies aimed at children were horrifically bad. Case in point, my least favorite movie of the year (because of course I obsessively graded and ranked each of these movies): “Show Dogs.”

Normally I wouldn’t have given a movie that looked so painfully bad in its trailers the time of day. But, I wanted to add to my total and it had gotten some very negative press because of the reactions of some parents’ groups to certain scenes despite the PG rating. I was curious to see if it truly was as offensive as they said. It was a thousand times worse (and not even for the reasons those groups said). This movie was offensive purely for its stupidity. Children might be, well, child-like, but they don’t need entertainment that speaks down to them. I’m not saying that you have to plunk the kiddoes down in front of nothing but Bible stories in order to have edifying entertainment (“Paddington 2,” my third-favorite movie of the year, is an excellent example of a children’s movie that doesn’t have to pander or wallow in filth to buy its laughs). I’m just saying we as a society  – an especially Christians – need to be more careful about not defaulting to the lowest common denominator when it comes to what our children watch.

Next, Christian movies deserve better. In 2018 I saw two surprisingly well-done “Christian” movies: “I Can Only Imagine” and “Unbroken: The Path to Redemption” (though the latter wins my prize for Most Ungainly Title of the Year). Unfortunately, it’s also the year I saw even more absolutely terrible faith-based movies. I won’t share the titles in case one was your favorite, but three of these faith-based movies were in my Bottom 10 .

“I Can Only Imagine” and “Unbroken: Path to Redemption” work because there is some actual thought and effort put into not only telling a “Christian” story, but also into telling it well.

In his book, An Experiment in Criticism, C.S. Lewis wrote a Christian artist’s “first priority ought to be excellence and delight in the craft itself, first and foremost… The kingdom content and implications will then be there … naturally, latent, even if indirect, bubbling up.” He’s not saying a biblical worldview should be subservient to the art itself or that we should hide our faith, just that excellence shouldn’t be a mere afterthought. I’d argue that last April’s “A Quiet Place” – a pulse-pounding monster movie that was my favorite film of 2018 – is a terrific example of a pro-family, pro-life, pro-faith subtext bubbling up through a “secular” movie.

Of course, you can disagree with Lewis’ take, and his argument is easily taken to extremes. It’s obvious why a movie with lesser actors and low production value featuring a Christian message can be more edifying than an “artistic,” award-winning critical darling with sinful themes, copious nudity or enough foul language to make a sailor blush with shame. On the other side of that argument are terribly made “Christian” movies that might say the right things but show little effort toward doing it well.

My final lesson from Brian’s Year at the Movies (as my future biographers will no doubt refer to 2018), is that God deserves better. I gave up a huge portion of my life to an utterly inconsequential goal these past 12 months. That doesn’t mean it was necessarily bad or wrong, but I can’t spend 262 hours at the movies and then moan that I don’t have time to spend studying God’s