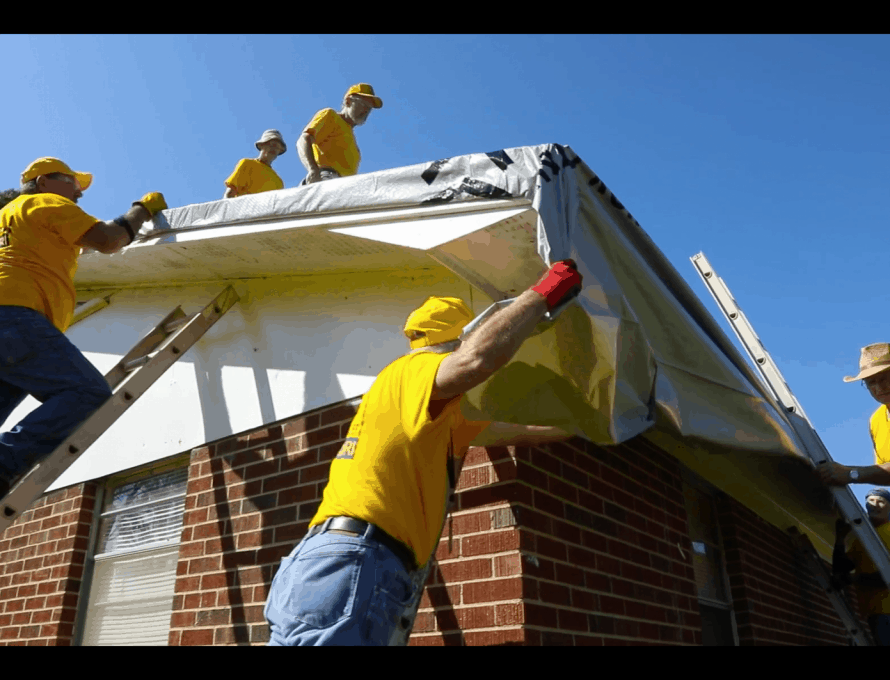 BRISTOL, Fla. – Matt Basford pastors First Baptist Church here in this small town in the Florida panhandle, but he’s grown quite accustomed to seeing the church’s hallways filled with as many Missouri Baptists as local members these past two months.

“I grew up on the gulf coast and I’ve seen many storms,” Basford said. “But nothing prepared me for Hurricane Michael. Nobody alive has seen one of this magnitude. The winds – we had sustained winds of 130 mph – were extraordinary. There were huge trees everywhere you looked. It was like a bomb went off. And we’re 50 miles inland.”

Basford and about 30 other people weathered the storm inside First Baptist Church. When the storm passed and the church building was left unscathed, he reached out to his state’s Baptist Disaster Relief office and let them know that they needed help, but more importantly they had the facilities to host anyone willing to come. That’s where the Missourians came in.

“They showed up just three days after the storm,” Basford said. “They came in full force, probably an average of 40 to 50 people at a time.”

The volunteers set up mobile kitchens that prepped tens of thousands of hot meals, provided shower and laundry facilities and chaplain services.

“But the biggest blessing I think was the chainsaw crews who were able to help people in the community in that really practical way: getting trees off of their houses and out of their driveways,” he said. “They did over 200 jobs in our local area.”

The members of the church and their homes fared “better than we could have hoped for,” allowing the Missouri volunteers to work as an outreach for First Baptist. After the projects were completed, they were able to connect the residents to the congregation for followup.

One of the sites that received the most damage was the local Baptist association’s ministry center, which hosts a thrift store and offers utility assistance. A team of Missouri Baptists and Basford replaced all the damaged sheetrock at the facility, allowing it to open again, just as people in the community needed it the most.

The Missourians worshipped with First Baptist when they stayed over a weekend, and the volunteers’ nightly devotions were folded into the church’s Wednesday night services.

“They were all wonderful, dedicated Christian gentleman and ladies,” Basford said. “The white hats (site leaders) especially helped me through the major part of the crisis. I’ve made lifelong friendships with those guys.”