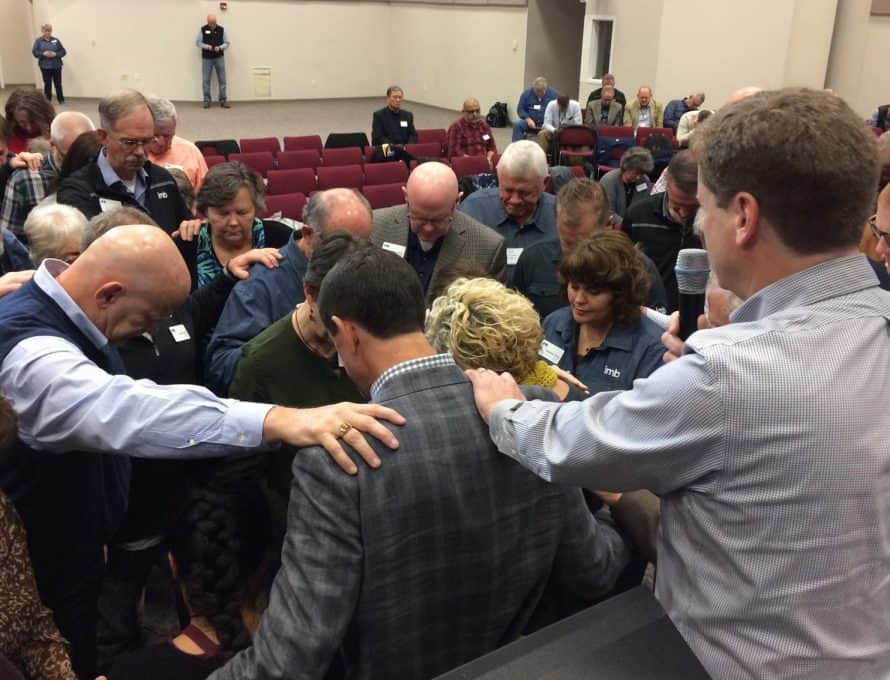 “Being a member of this board for eight years changed my ministry and it changed my life, so much so that [my wife] Michelle and I questioned whether God had called us to overseas missions,” Chitwood, who served as an IMB trustee from 2002-10 and chaired the board from 2008-10, said upon his election. 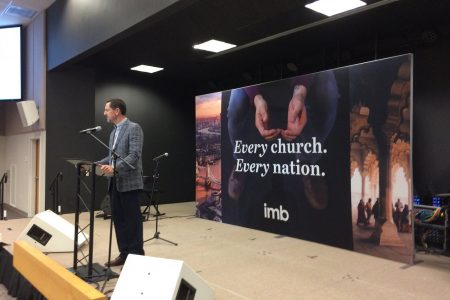 Paul Chitwood has been elected the International Mission Board’s 13th president by a unanimous vote of the IMB trustees. Photo by David Roach

“During that time on the board of wrestling with that call, it became clear that God’s call upon our lives was to be mobilizers of the mission and of the missionaries. And what an incredible privilege it is to have that role. To be able to now see the culmination of that role by sharing in the work of the IMB and leading the IMB is overwhelming to us,” Chitwood said.

The results of both elections were announced in an open trustee session by Chuck Pourciau, chairman of the trustees’ presidential search committee. Announcement of Chitwood’s election, which occurred by secret ballot, was greeted with a standing ovation.

Chitwood, who has been the Kentucky Baptist Convention’s executive director since 2011, announced Nov. 6 that, if elected, he would recommend a permanent executive vice president with significant mission field experience. Prior to Chitwood’s tenure leading Kentucky Baptists, he pastored Kentucky churches for 18 years.

Pourciau, pastor of Broadmoor Baptist Church in Shreveport, La., said any presidential candidate “is going to be stronger on one side of the ocean than he is on the other,” having more experience in either overseas missionary service or stateside pastorates and denominational service.

While Chitwood’s vocational ministry has been entirely in the U.S., the search committee “came to unanimous agreement” that he was “the man who would minister effectively and excellently on both sides of the ocean,” Pourciau said.

Chitwood will “excel” at working with overseas IMB personnel, Pourciau said, because of his experience as a trustee and “the way God captured his heart at that time and how it changed everything he did from that time on.”

Prior to David Platt’s tenure as IMB president from 2014 to earlier this year, every IMB president since 1945 had previous experience as a career overseas missionary. Overall however, eight of the 13 men to serve as president of the IMB, formerly known as the Foreign Mission Board, have not served as career missionaries.

The last time the IMB or FMB elected a state convention chief executive as its president was 1929, when it tapped Charles Edward Maddry of North Carolina. Counting Chitwood, three state executives have served as IMB president.

Chitwood inherits an IMB budget that has been balanced since 2017 but a career missionary force at its lowest levels in more than 30 years.

Two years ago, trustees adopted a balanced budget for 2017 following six years in which the organization’s expenditures exceeded the gifts it received from churches by a total of $210 million. To balance the budget, the IMB downsized its missionary force and stateside staff by 1,132 individuals in 2015-16.

“I believe it is the desire of every Southern Baptist to once again see our career mission force growing in number, and I believe that can happen,” Chitwood told trustees. “It will require, however, a greater generosity and a greater willingness to sacrifice.

“Thankfully, Southern Baptists are a generous people,” Chitwood said. “And while there are many wonderful causes and organizations out there that we help fund, I want to call on Southern Baptists today to make funding of the work of getting the Gospel to the nations through our own Southern Baptist missionaries our first priority in giving.”

In a 14-minute address, Chitwood noted several characteristics of the approach he will take at the IMB. Among them:

• “I do not plan to bring a new vision to the International Mission Board.”

“The International Mission Board’s vision is not ours to fashion,” Chitwood said. “God has given His vision to the church. That vision, expressed so clearly in Revelation 7:9 of a multitude of every language, people and tribe and nation, is His vision.”

• “I’ll work to continue to form and fashion an organization that is strong and stable.”

“We don’t need another reorganization of the International Mission Board,