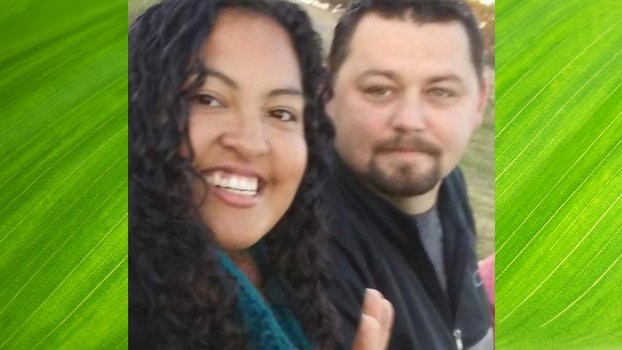 HOLLISTER – This place was once full of darkness.

But as the previous landlord continued giving his tour, Rita Nogal heard God whisper to her spirit, “What the devil made for darkness, I made for light.”

“I never thought recovery was an option for me,” said Nogal, member of Selmore Baptist Church in Ozark. “I had always believed I was a lost cause, a hopeless case.”

But despite Nogal’s grim childhood, her ongoing addiction to alcohol and drugs, and her many regrets that eventually landed her in jail, God kept his hand on her. She may not have always known it was God, but she definitely knew there was a spiritual battle raging for her soul. Then in 2006 when Nogal was 28 years old, God used the Alcoholics Anonymous program to bring hope to her heart, and she’s been clean and sober ever since.

“Now my heart’s desire is to teach others how to live a clean and sober life,” she said. “I want to encourage them and show them that no one is ever hopeless.”

Nogal and her husband, Ron, opened Heart of Hope ministry here two years ago. Its mission is to provide a safe, sober and loving environment for those who want to live a life of recovery. Heart of Hope is designed to not only help people grow in their sobriety, but to also grow spiritually and to learn life skills that will help them going forward.

Heart of Hope provides 14 beds, seven for men and seven for women, as well as transitional one-bedroom apartments for those who have been living sober for a while and are ready to take that next step.

“God uses everything in my past so that I can relate to every single person who comes through one way or another,” Nogal said. “He lets me see that everything I walked through wasn’t for nothing. We believe in the Great Commission and we want to share the hope we found in Jesus with the lost and broken.”

However, going to war with Satan on his home turf has certainly not been without its challenges. For example, on July 1 her husband had a mortar firework blow up in his hand, which has affected every aspect of their lives, including Heart of Hope. Nogal has also had some health issues and on Aug. 16, the same day she was scheduled for surgery, the electricity was shut off at the apartments.

“We have overcome a lot of adversity,” she said. “It’s been hard financially and emotionally, but we will not be shaken.”

God responded through the people at Selmore Baptist, who hosted a spaghetti fundraiser for Heart of Hope and blessed the ministry with $1700 to get everything running again.

“God has revealed to me that this is His ministry, not ours, and He wants us to trust Him with it,” Nogal said. “He is the author and He will provide. If there are people out there who share the same heart and the same vision and are willing to give financially or give their time to come and lead a Bible study, we invite them to join God along with us.”

For more information about Heart of Hope, call 417-766-3258 or visit heartofhopesober.com.