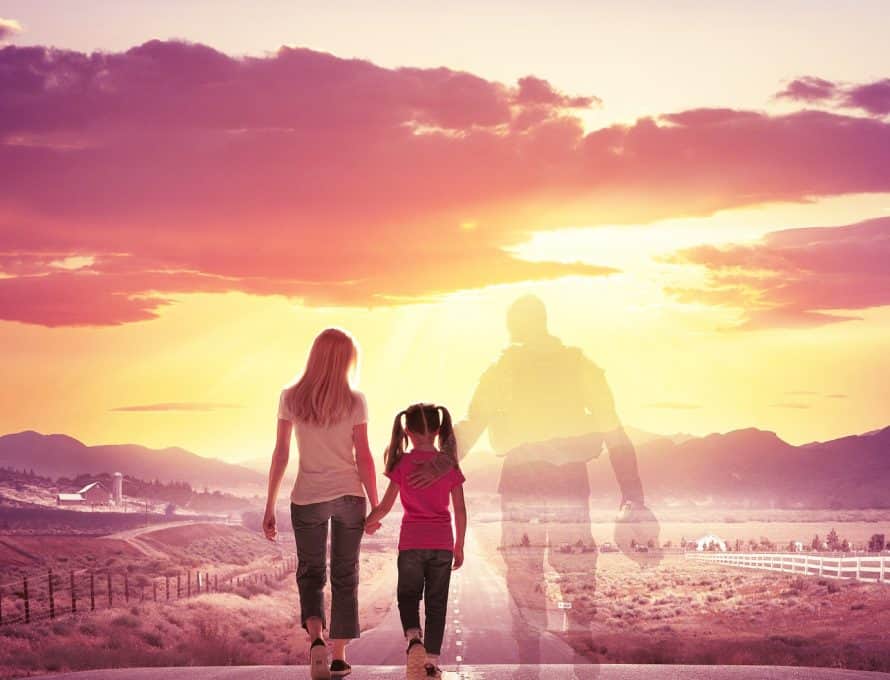 Before we get into God Bless the Broken Road, let’s take a second and chat about C.S. Lewis.

In his book, An Experiment in Criticism, Lewis wrote a Christian artist’s “first priority ought to be excellence and delight in the craft itself, first and foremost, as a painter, musician, poet, writer, and so on, else the artistic craft suffer misuse and abuse. The kingdom content and implications will then be there … naturally, latent, even if indirect, bubbling up.”

Practice good art, and the regenerated heart within us will show up. Scholar David Naugle likens this to the idea that “Christian doctors, dentists and coaches shouldn’t neglect or ignore the importance of good medicine, dentistry, or coaching just in order to do evangelism and so on. Such would be a serious misuse,” he argues, “even a prostitution, of their God-given crafts and calling. They should be excellent first and foremost as doctors, dentists, and coaches; the gospel will follow.” Neither are saying a biblical worldview should be subservient to our vocation or that we should hide our faith, just that excellence shouldn’t be a mere afterthought. For example, Lewis didn’t set out to tell a Christian allegory with his Chronicles of Narnia stories. In his own words, “everything began with images; a faun carrying an umbrella, a queen on a sledge, a magnificent lion. At first there wasn’t even anything Christian about them; that element pushed itself in of its own accord. It was part of the bubbling.” (This spring’s A Quiet Place – a pulse-pounding monster movie of all things – is a good example of a pro-family, even Christian subtext bubbling up through a “secular” movie.)

Of course you can disagree with Lewis’ take, and his argument is easily taken to extremes. It’s pretty obvious why a movie with lesser actors and production value that features a Christian message is more edifying than an “artistic” award-winning critical darling with sinful themes, copious nudity or enough foul language to make a sailor blush with shame. On the other side of that argument is God Bless the Broken Road, a movie that’s all bubbles and nothing beneath.

With a title taken from a 1994 country song, it’s the story of Amber (Lindsay Pulsipher), a Christian whose soldier husband has been killed while on patrol in Afghanistan. She and daughter Bree (an extremely precocious Makenzie Moss) haven’t had the easiest time since his death, and Amber has stopped coming to church. Her boss and mother-in-law are cartoonish jerks who just make things worse. Enter down-on-his-luck NASCAR driver, Cody (Andrew Walker), who gets “sent down to the minors” after causing a crash. He meets Bree when he begins helping out with a church go-kart club (remind me to suggest such a ministry to my pastor), and wouldn’t you know it, he falls for Amber. Along the way, her old friends from church (Robin Givens and singer Jordin Sparks) and pastor (LaDainaian Tomlinson, yes, the former running back for the San Diego Chargers) are there begging her to return to church with generic platitudes like “lean on your faith.” The acting is often stilted (though I did sort of enjoy Gary Grubbs’ wizened old racing coach) and the editing, direction and pacing are just… off.

I try to cut movies like this a lot of slack. It is squeaky clean and very pro-military, so it has that going for it. It is donating 5 percent of its proceeds to the charity, Disabled American Veterans, which is quite noble. I did laugh out loud at one scene involving a traffic stop, and I can see how a family driving home from the theater could discuss how not to repeat some of the mistakes characters make. Admittedly, it’s difficult to get a decent “Christian” film produced and achieve the aforementioned excellence if you can’t get funding from Hollywood. The Kendrick brothers (the guys behind Fireproof and War Room) and I Can Only Imagine prove it can be done; it just takes a lot of hard work to get from “good enough” to “excellence.” I have high hopes for the upcoming Unbroken: Path to Redemption (which tells the true story of former prisoner of war Louis Zamperini’s conversion, releasing Sept. 14) and Indivisible (another true story about an Army chaplain recovering from PTSD, releasing Oct. 26).

But God Bless the Broken Road doesn’t do the hard work. It just feels like a very weak story with a tub full of those Christian bubbles poured on as an afterthought. There’s a lot that could be mined in a story of how a church ministers to a hurting family, but it doesn’t get any deeper than “In times like these, you need to lean on your faith.”

In the end, I suppose it comes down to what you want a movie to be. If you need to get out of the house and spend 119 minutes in a dark theater knowing a movie is a safe place for your family to munch on some popcorn, consider this your green light to go see God Bless the Broken Road. If you want a solid artistic effort with a biblical worldview, fire up the Bluray player and pop in I Can Only Imagine. It’s an infinitely better – and bubbly – film.