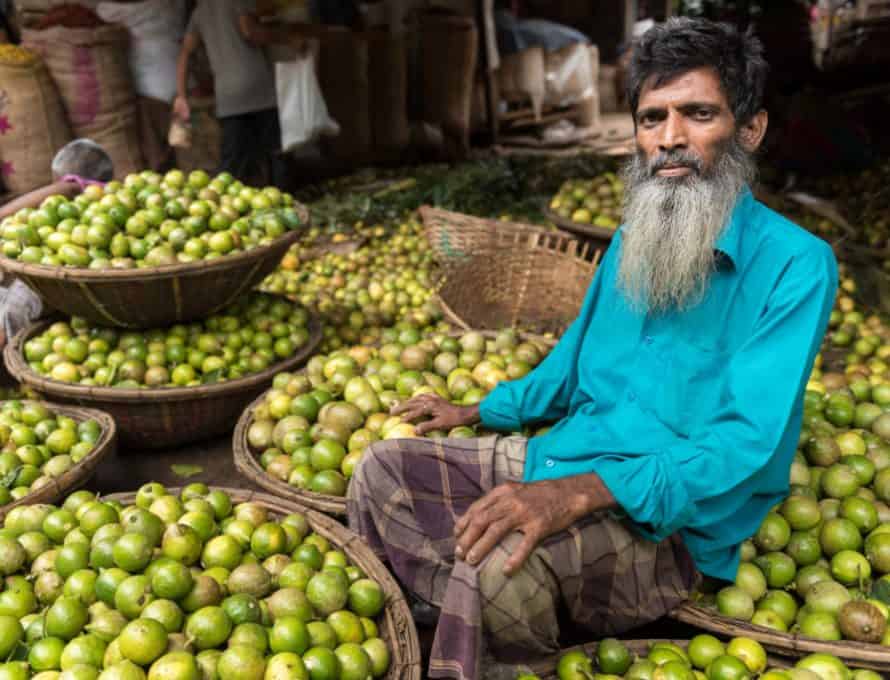 DHAKA, Bangladesh – Aman sells limes in a fruit market in Dhaka, the capital city of Bangladesh. It is one of the world’s largest cities, with a population nearing 20 million. South Asia has the largest unreached people group population in the world: 1.5 billion people. IMB Photo

SOUTH ASIA – Sampson* grew up in a Christian home where his father was the pastor of a large, traditional church in South Asia. When Sampson got married, God began to stir his heart for a new work in one of the largest cities in South Asia—more than 250 miles from his home and family.

The first few years of ministry were difficult. Sampson and his wife lost their newborn shortly after birth. Then, one day as they gathered for worship and fellowship with friends, their house caught fire and they lost all their belongings. Finally, after five years working together, their ministry partners made the abrupt and painful decision to go separate ways. Sampson and his wife were struggling financially and emotionally, but they believed God had called them to live in this city.

A few weeks after the split from their partners, Sampson met Cal*, a worker with the IMB. He confided that his deep desire was to see healthy churches planted, but Sampson had been told he was unqualified to administer the Lord’s Supper or baptism without an education. Many of the 20 different groups he taught each month had no baptized believers.

Sampson lacked the training he needed to accomplish his vision for planting healthy churches.

Sampson and Cal spent hours together in the evenings and early mornings studying theology and comparing Sampson’s traditional beliefs to the Bible. Sampson was convicted to rely on Scripture for authority, not tradition.

Sampson and his wife were soon baptized and began baptizing other believers in their groups. As Sampson grew in his faith, he committed to seeing all his groups become healthy, reproducing churches based on scriptural authority. Now Sampson’s network has grown to more than 70 healthy churches.

Your gifts through the Cooperative Program and the Lottie Moon Christmas Offering support Southern Baptists who provide theologically sound training to national believers leading the Church around the world. Your gifts allow Southern Baptists to live among people who are learning and growing as Christian leaders and disc.  *Names changed