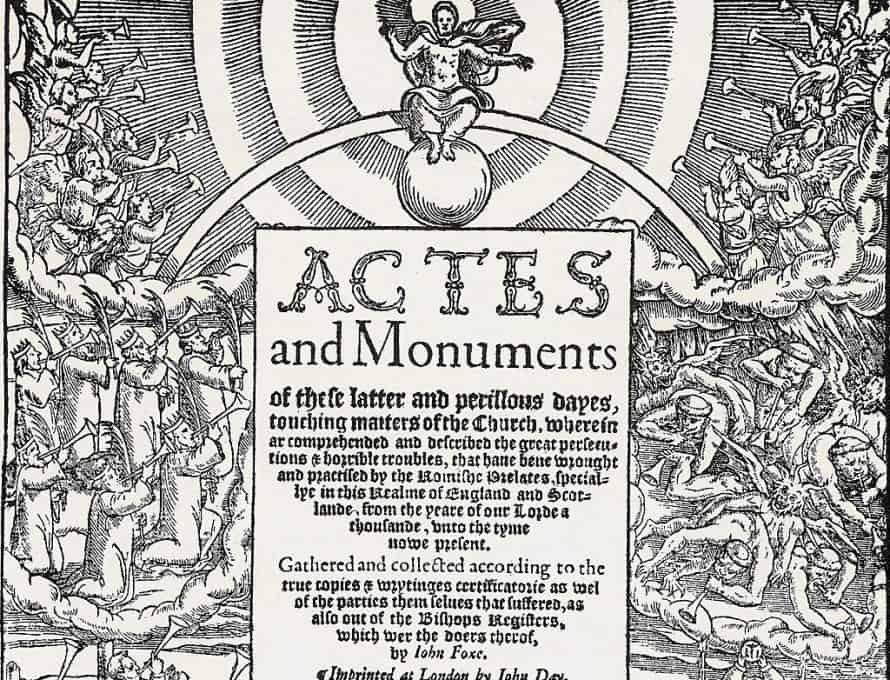 The cover page to John Foxe's first English edition of his "Acts and Monuments" of 1563, better known to modern readers as his "Book of Martyrs."

EDITOR’S NOTE: This article first appeared on the website, “Yesterday, Today, and Forever,” at HistoricalTheology.org.

On Easter 1555, the zealous English evangelical William Flower burst into a rage in St. Margaret’s Church, Westminster, when he noticed a priest administering the Mass – a rite that Flower saw as the epitome of Roman Catholic idolatry. Immediately, he struck the offending priest with his woodknife, cutting him on the head, arm and hand. Blood from the priest’s wounds, according to the martyrologist John Foxe, sprinkled onto the consecrated host of the sacrament, which the priest was carrying in a chalice. Immediately, Flower was arrested and, after his trial, was burned at the stake as a heretic.

This intriguing tale of church violence made its first appearance in Foxe’s Acts & Monuments (often called the Book of Martyrs), a colossal tome known best for its heroic tales of some 280 evangelical martyrs who suffered during the brief reign of the Catholic Queen Mary I of England. As will be seen shortly, Flower’s story takes us to the heart of Foxe’s view of martyrdom.