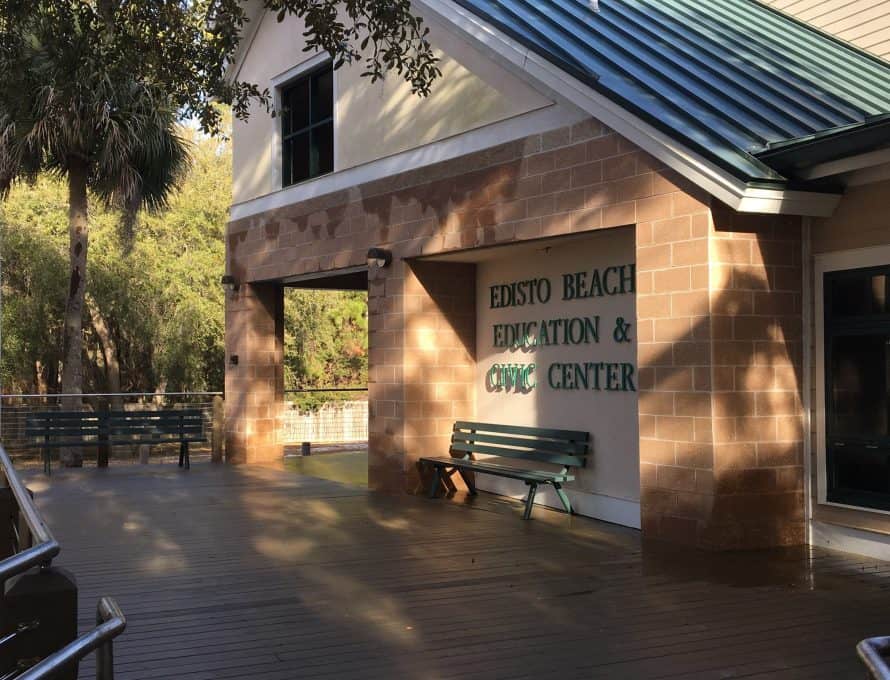 A Southern Baptist church plant in South Carolina has sued the town of Edisto Beach for prohibiting it from use of its civic center. Photo from Facebook

CHARLESTON, S.C. (BP) – A Southern Baptist church plant in South Carolina has sued the town of Edisto Beach for prohibiting it from use of its civic center.

Redeemer Fellowship of Edisto Island filed suit Aug. 27 in federal court in Charleston, S.C., because of a policy it says violates its free speech and religion rights guaranteed in the First Amendment. Redeemer Fellowship had twice met for corporate worship in the Edisto Beach Civic Center when the town council changed its policy to prohibit rentals for “religious worship services.”

The church — which began meeting in January — outgrew the home in which it met for corporate worship and began seeking to rent space. The congregation met at the civic center for worship on Easter Sunday, April 1, and May 6, but the Edisto Beach Town Council voted unanimously at its May 10 meeting to amend its facility use policy to ban such rentals. At its June meeting, the town council approved unanimously the amended facility use guidelines.

The town council acted at the recommendation of town attorney Bert Duffie, who said the First Amendment clause barring government establishment of religion prohibits rental of the civic center for worship services.

Redeemer Fellowship — which is represented by Alliance Defending Freedom (ADF) — says in its suit the new policy unlawfully discriminates against the church because it permits “virtually all community groups to rent the Center for all expressive activities” except for religious worship.

Speaking on behalf of Redeemer Fellowship, Cameron Andrews — a leader in the church plant — told Baptist Press, “We didn’t want to sue our town. In fact, we love our town; we love the people of Edisto. We have made a principled response to the discriminatory rules that were created.

“What we desire and what we’re seeking through this action is simply equal treatment under the law,” Andrews said in a written statement. “Our desire is not only for Redeemer Fellowship, but for all the churches in our community to have equal access to community facilities.”

“Situations like this are exactly why Baptists have long insisted that no government authority has the right to mute or impede religious speech or worship,” Moore told Baptist Press in written comments. “My hope is that this case will be settled quickly on this church’s behalf.”

“The town of Edisto Beach tells the community that it welcomes ‘civic, political, business, social groups and others’ to use its civic center, but the town’s recent policy change singles out one form of expression, worship, as inferior to other forms of speech, and that’s clearly unconstitutional,” she said in a written release.

For about five years, an Episcopal church has rented a room at the civic center for “office space, Vestry meetings, Bible studies and theological training,” according to Redeemer Fellowship’s lawsuit.

In its suit, the church says Edisto Beach has instituted a public forum by opening the civic center for “expressive activity,” but its amended guidelines banning worship services are “content-based restrictions on speech.” It also contends the new rules “discriminatorily target religious exercise” and “evidence hostility towards religion.” In addition, the suit says the guidelines violate the establishment clause because the town’s government “must make judgments regarding which religious activities constitute religious worship, and which ones do not.”

Minutes of the May 10 town council meeting show Duffie said in recommending the rental policy change, “In this particular situation when you have worship services, which is sort of the core of a religious activity obviously, you have signs that are put out at the Civic Center with the religious organization’s name on it and the Edisto Beach Civic Center’s name on it, there’s potential for flyers to be given out, and it gives the appearance that the Town is endorsing or supporting whichever particular religious organization that is. So that could violate the Establishment Clause and put the Town at risk for liability.”

Duffie also told council members renting space to a church for worship could be found to be a subsidy that violates the establishment clause.