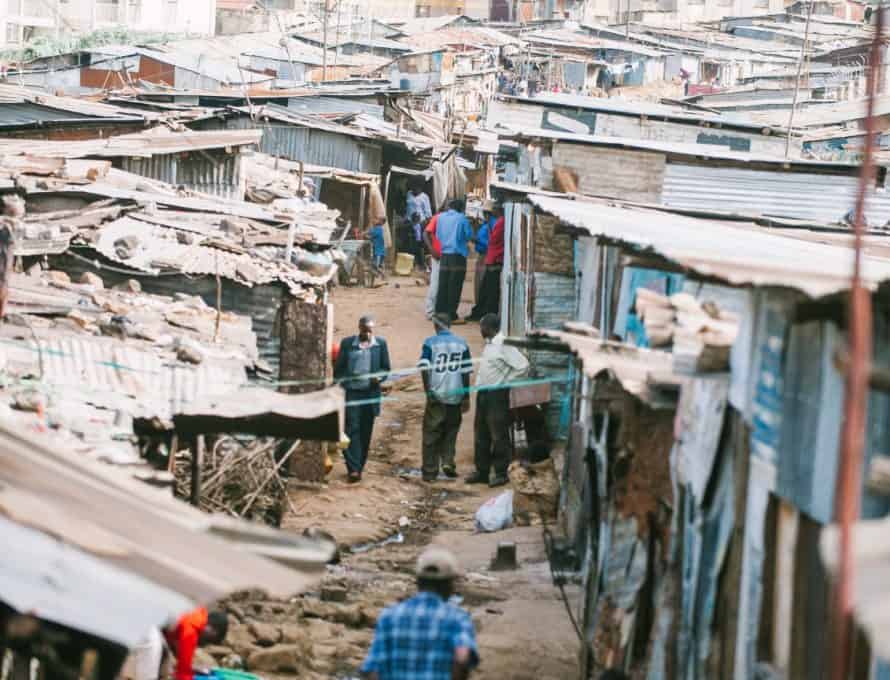 NAIROBI, Kenya – People amble around the Kibera slum in Nairobi, reportedly the largest urban slum in Africa. Population estimates range from a couple hundred thousand to a couple million people. All of Kibera’s residents live in extreme poverty, earning less than $1 per day. IMB Photo

KENYA – Fatuma* is raising her five children in a one-room metal house in the slum-of-slums of Nairobi, Kenya. Fatuma knows that despite the squalid living conditions, her children have something she never had as a child: love.

After she was orphaned, Fatuma was sent to be raised by her aunt and uncle. They treated her like a servant and kept her home from school to clean. Her hunger to learn once resulted in a beating after she leafed through a cousin’s school book.

Recently she and her husband Abdi* were scared when their 14-year-old daughter Aalia* had a bleeding issue that wouldn’t stop.

One day Abdi was out in the neighborhood when foreigners walked up. Before Abdi knew it, he was sharing with total strangers that his daughter had a bleeding problem. The American man told him told him a story about Jesus, and Abdi invited them to visit his family.

The next day Fatuma welcomed her husband’s guests into their home. The visitors told another story about God. They said they weren’t trying to take advantage of Aalia’s illness to convert the family to Christianity.

“We’re here because we are followers of Jesus,” they said.

When they asked if they could pray to Jesus for healing, she agreed.

Within a week, Aalia’s bleeding completely stopped. Fatuma was overjoyed to give the report to the American woman when she visited them again.

Decades after the beating she received for her curiosity, Fatuma’s hands finally closed around a small book of her own – a New Testament in Arabic and Swahili.

This time no one will beat her. Fatuma opens the pages of her book and ponders what she is learning about Jesus. Something – or Someone – is drawing her.       (*Name changed)