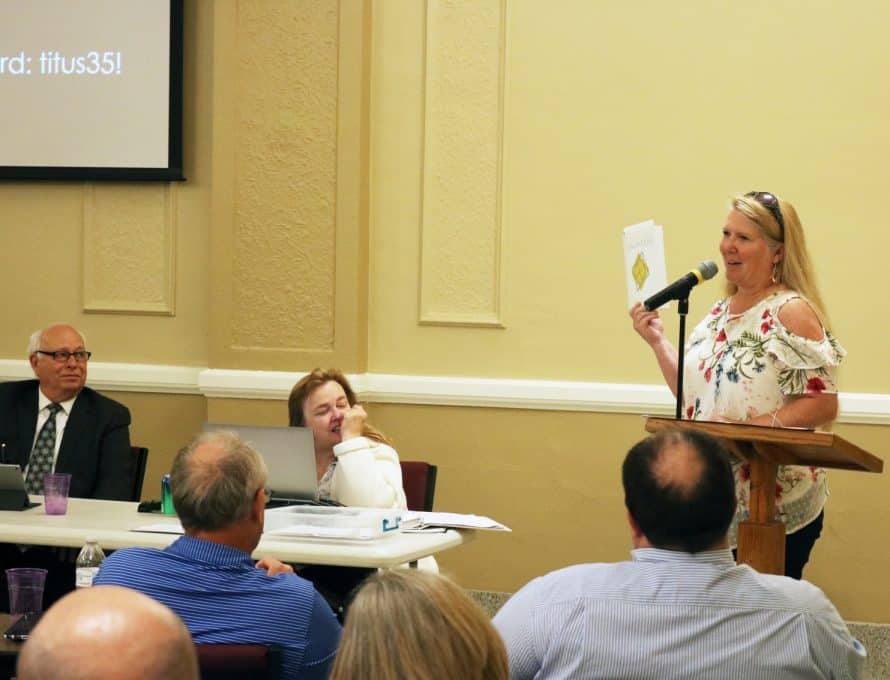 JEFFERSON CITY – Missouri Baptist Convention (MBC) Executive Board members increased the CP goal for 2019 during their board meeting here, Aug. 20-21.

The board recommended an amended 2019 Cooperative Program goal of $15 million. This is a $200,000 increase from the $14.8 million goal set at their previous board meeting in March, which reflected the 2018 goal. The Board allocated 60 percent of the 2019 CP goal for MBC causes, which includes funding for Missouri Baptist missions and ministries, GuideStone Pastor Protection, The Pathway, and Missouri Baptist entities. The remaining 40 percent is allocated for Southern Baptist Convention causes. Any CP receipts above the 2019 goal will be split evenly between MBC and SBC ministries.

“The Lord is at work among the cooperative work of Missouri Southern Baptists,” said John L. Yeats, MBC Executive Director. “Our Summer Missions Initiative for students, Super Summer, Disaster Relief deployments, mission partnerships here and in places where the gospel is rarely if ever heard, synergy with our entities is at an all-time high. As you can read in The Pathway, there are the fresh winds of God among us. This is reflective in the increase of our churches giving through the Cooperative Program.”

In another recommendation, the Executive Board asked the MBC to develop a webpage that offers counseling resources for ministers struggling with sexual addiction, depression, marriage conflict, and other issues. The webpage would appear on the MBC’s website, mobaptist.org.

“Visitors to the webpage may contact the listed organizations directly and discreetly and, from an MBC standpoint, anonymously; the MBC staff will not track page visits,” the recommendation states.

Additionally, the Board called upon the MBC missions staff to “explore ways to financially assist Missouri Baptist ministers who request counseling.”

This recommendation responds to a motion submitted at the 2017 MBC annual meeting, requesting that the Executive Board “study and provide a safe means for pastors of the Missouri Baptist Convention to receive assistance regarding sexual addiction.”

In separate recommendations, the Executive Board gave the MBC Executive Director authority to move forward with projects related to Baptist Student Union (BSU) buildings on two state university campuses. First, they recommended that the MBC purchase the BSU building at Southeast Missouri State University in Cape Girardeau, authorizing the use of funds from the Executive Board’s general reserves, “with the intent of replacing them if underspend is available after the completion of the 2018 fiscal year.”

During their Aug. 16th meeting, the MBCH’s board of trustees amended these articles and bylaws to conform with the governing documents of the Missouri Baptist Convention, specifically bylaw 7.F. All the elements that are addressed in that particular bylaw either were already in the MBCH articles and bylaws or were included with the amendments that are recommended to the MBC messengers for approval.

Additionally, the Executive Board approved a $50,000 named gift to Midwestern Baptist Theological Seminary (MBTS), particularly for the Mathena Student Center, which is under construction on Midwestern’s campus in Kansas City. Funds for the donation will come out of an unused portion of the MBC Executive Director’s 2017 underspend funds.

In other business, the MBC Executive Board recommended the list of exhibitors for the MBC Annual meeting, Oct. 22-23.