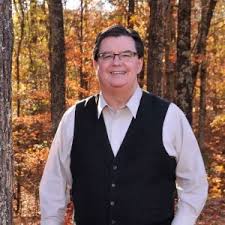 Paige Patterson’s Baptist lineage runs deep like the taproots of a Shumard Red Oak tree along the Brazos River in Texas. His grandfather was a Texas preacher as well as his father, T.A. Patterson, who pastored the historic First Baptist Church of Beaumont for many years. Dr. Patterson left the Beaumont pastorate to assume the office of Executive Director of the Baptist General Convention of Texas in 1961.

1961 was the same year that Southern Baptists became embroiled in a major controversy surrounding Ralph Elliott’s book entitled “The Message of Genesis.” He was a professor at Midwestern Baptist Theological Seminary in Kanas City, Missouri. The book challenged the historicity of the first eleven chapters of Genesis using the latest in historical-critical theory. This holy hullabaloo set the stage for Paige’s years of academic studies.

In the fall of 1961, Paige left home to begin his freshman year at Hardin-Simmons University in Abilene. He arrived on campus having already preached in 400 to 500 Baptist churches.[1] Preaching since the age of 14 and ordained at 16 while traveling the Baptist sawdust trail of the Lone Star State put Paige near the head of the herd among his preacher-boy classmates.

Learning that some professors portrayed the creation story of Genesis as a myth and that the first five books of the Old Testament (the Pentateuch) may not have been written by Moses were just a couple of examples of his father’s forewarnings concerning the liberalism that he may encounter.[2] Many years later, Paige would write in Anatomy of a Reformation that when he was a “nineteen-year-old Bible major at a state-operated Baptist university in West Texas” he understood the need for a denominational reformation.

New Orleans Baptist Theological Seminary became Paige’s new home in the fall of 1965. Here he would make lifelong friends among classmates like future SBC presidents Adrian Rogers and Jerry Vines. Having confronted a fair amount of liberalism in college, he found an even bigger dose of it in seminary. After one of his best friends and fellow student pastor from Hardin-Simmons dropped out of NOBTS, abandoning the ministry altogether, Paige was riled by this heartbreak and held liberal professors responsible for destroying the faith of his classmate.[3]

Fourteen years ago, Michael Foust wrote a Baptist Press article entitled: 25 years ago, Conservative resurgence got its start.  One paragraph captures the charge and crux of the controversy that Patterson and others had been enduring:

Conservatives charged that seminaries were destroying the faith of their students, and a 1976 Ph.D. thesis by a Southern Seminary student seemed to support those claims. According to the thesis, 87 percent of first-year students had no doubts that Jesus was the divine Son of God. By their final year, the number had fallen to 63 percent. In another category, 85 percent of first-year students believed that belief in Christ was absolutely necessary for salvation; by their final year, only 60 percent held to that view.[4]

Receiving his Master of Theology degree in 1968, Paige continued at New Orleans Baptist Theological Seminary, working on his PhD and pastoring Bethany Baptist Church in the city. After graduation, the Patterson family moved to Fayetteville, Arkansas, where Paige pastored First Baptist Church for five years before becoming the new president of Criswell College in Dallas, Texas.[5]

At the age of thirty-three, Patterson had the full confidence of Dr. W.A. Criswell, as both believed the Bible is the infallible Word of God and both staunch inerrantists. Criswell College would serve as a valuable platform in building key relationships as the Conservative Resurgence was building steam across the denomination.

Today, few Southern Baptists can imagine the toll and cost the Conservative Resurgence took on Paige and Dorothy Patterson. Writing in 2006, Dr. Al Mohler penned the following tribute in an article entitled The Southern Baptist Reformation – A First-Hand Account:

In the end, it was Paige Patterson’s willingness to put his own future at stake, and his own reputation on the line, that explains how the conservative resurgence in the Southern Baptist Convention succeeded. More than any other individual, Paige Patterson was the man who put all at risk for the sake of what he so profoundly believed. Confronted by a looming denominational disaster, and aware of what this would mean to the cause of the Gospel, Paige Patterson threw himself into the controversy, defined the issues, mobilized an army, educated a denomination, and paved the way for a new generation to continue the work he so boldly began.

Mohler continues by paying homage to Dr. Patterson for helping him and others who currently serve as leaders in the SBC:

Those of us who now hold positions of leadership and influence in this denomination owe this opportunity to Paige Patterson and those who with him stepped out in faith for the cause of truth. Now, Paige Patterson can look across a denomination and see a generation of young pastors, missionaries, and leaders who are mobilized for the cause of the Gospel and who are driven by the very convictions Patterson sought to defend. Not a bad legacy for a man who didn’t think the plan would work.

Beginning as a 14-year-old preacher boy in Texas, Paige Patterson has been a true friend to Southern Baptists. Six decades of his ministry helped convince our family of congregations to stay true to the Word of God.

Proverbs 17:17 teaches us that, “A friend loves at all times, And a brother is born for adversity.”

Christian friends will show up and stand with you in a time of adversity — yes, even during a social media meltdown.