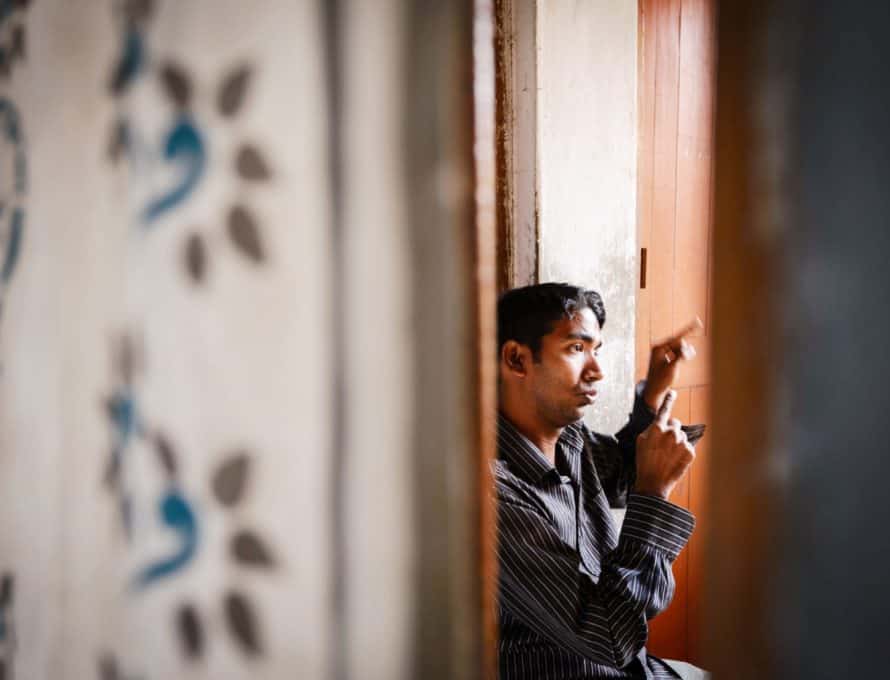 SOUTH ASIA – A Deaf believer describes how the Bible came alive when its stories were presented to him in his heart language, signing, for the first time by Christian workers. IMB Photo

SOUTH ASIA – The imam placed his copy of the Quran carefully on the table and called the men at the memorial service to attention. He opened the book, lifted his hands toward heaven, and began to chant in honor of the man who had died.

The Deaf men in the room copied the stance but remained silent, as they couldn’t hear the verbal entreaty. At least the men were able to see the ceremony; the Deaf women in the next room covered their heads and wondered what was happening.

One thing was certain, the dead man’s soul was in danger. Allah does as he will, and no Muslim is ever certain whether he will accept their works and obedience.

“Maybe Allah will accept this,” the men said to one another. “Maybe.”

IMB worker David Gregory* felt overwhelmed by the sense of hopelessness in the room. Even his friend Tamar,* a man who is Muslim by birth but pays no heed to his religion under normal circumstances, was nodding his head in agreement and adding to the commentary. “Allah,” he muttered seriously, “Allah.”

After the service, the mood lightened with a memorial meal. David and Tamar talked with the group of men over tea.

“If we keep giving him tea, one day he’ll be Muslim like us,” Tamar joked.

“No, but I pray for you to become a Christian and follow Jesus,” David said.

When David assured Tamar that he regularly prays for him, he was stunned. He just sat there speechless.

David and Kelly,* his wife, met Tamar and his wife Nadia* more than a year ago. Kelly and Nadia are good friends now, but Tamar has always kept his distance and never shown interest in David or his faith — until now.

“Prior to this, I had all of three conversations with Tamar, all of them superficial,” David said.

But now Tamar is eager to spend time with David. Some of the Deaf men planned a trip recently and Tamar agreed to go only if David was going to be there.

David and Kelly are in awe of how God is working even through the hopelessness of the memorial service and the casual banter over tea. And they are praying that Tamar will continue to respond to their friendship and prayers.

Your gifts through the Cooperative Program and the Lottie Moon Christmas Offering support Southern Baptists, such as David* and Kelly* in Central Asia, who are taking the gospel to Deaf peoples around the world who have never heard it.