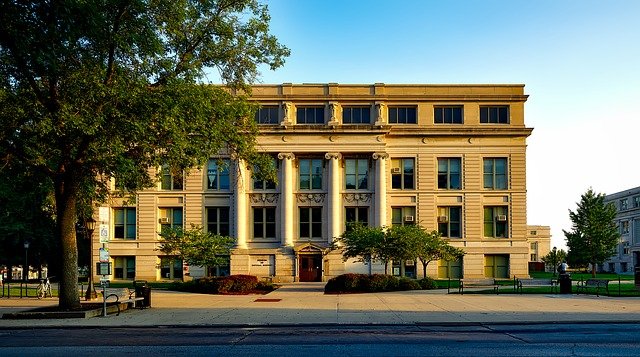 InterVarsity Graduate Christian Fellowship sued the university Aug. 6 because school officials revoked the fellowship’s status as an official student organization over a requirement that InterVarsity Graduate leaders “share the group’s faith and exemplify its Christian values,” according to a complaint filed by the nonprofit Becket Fund for Religious Liberty. The temporary reinstatement, secured when Becket threatened to seek a temporary restraining order, will apply until the lawsuit is resolved.

Christian, Muslim, Mormon and Sikh groups all were among 38 student organizations deregistered in July for allegedly failing to comply with the university’s human rights policy, according to media reports.

“This win is a win for everyone — Christians, Jews, Muslims, and Sikhs alike,” Becket senior counsel Daniel Blomberg said according to an Aug. 14 news release. “Everyone loses when state officials pick who leads students in prayer and worship, and everyone wins when religious students can make those decisions for themselves. Here’s hoping the courts make the university’s temporary patch into a permanent fix.”

A university spokesperson told Baptist Press, “The University of Iowa does not comment on pending or ongoing litigation.”

Iowa City’s Press-Citizen reported the university set out in January and February to enforce its human rights policy and reviewed the constitutions of 513 student organizations. The 356 groups that did not include a “full and correct” statement of the university’s human rights policy in their constitutions were given deadlines to remedy the perceived problem — June 15 for most types of organizations and Sept. 4 for sororities and fraternities.

The university sent an email this week to student organizations explaining the temporary reversal for religious groups.

Becket attorneys secured the temporary reversal by negotiating with university attorneys in hopes of getting InterVarsity Graduate back on campus in time for an Aug. 15 graduate student fair, The Gazette reported. As part of the negotiations, Becket threated to ask for a temporary restraining order.

InterVarsity Graduate’s student president Katrina Schrock said, “As we all prepare to head back to school, we’re excited to know InterVarsity will also be back on campus and part of the community we love. These last few months have been crazy, but we’re grateful to be able to get back to focusing on meeting and serving the new graduate and professional students in our Hawkeye community,” according to Becket’s release.

The student organization Business Leaders in Christ (BLinC) filed a similar lawsuit against the university in December 2017 after it was kicked off campus for requiring leaders to hold biblical beliefs about human sexuality. A federal judge ruled in January that the university must temporarily restore BLinC’s registered status while the case is pending.