JEFFERSON CITY – Cynicism plagues modern society, according to church historian and author Jason Duesing. And his answer to this problem provides the title to his latest book, Mere Hope: Life in an Age of Cynicism (B&H Publishing, 2018). 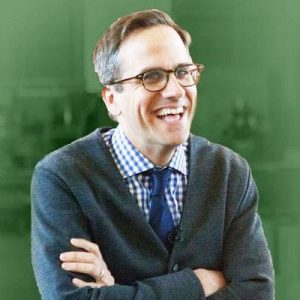 “With instant global interconnectedness alerting us to all forms of tragedy and conflict, our society appears to have defaulted either to resigned despair or distracted indifference,” writes Duesing, provost and associate professor of historical theology at Midwestern Baptist Theological Seminary in Kansas City. “When regularly our leaders disappoint us by their actions and their human flaws are flouted and magnified due to our relentless and merciless scrutiny, it’s easy to see why many have come to a collective understanding that no one can stand with a message of hope.”

But Christians, Duesing writes, have every reason for holding onto a “mere hope.” By “mere,” he means not a bare or scanty hope, but a true and foundational hope. And he finds this foundation by looking at God’s offer of salvation and spiritual rebirth, made available by Christ’s death on the cross and by the Spirit’s work within those who trust Him. He also finds reason for hope as he looks outward, to a dark world where God is powerfully working, and upward, to the God who is able to restore hope in even the most desperate times.

Perhaps the most rewarding element for me, in reading this brief call to hope, were the stories Duesing told of visiting cities around the globe that have been largely unreached for Christ. These cities, he writes, are “perilous and unstable,” yet he found comfort from visiting them. For, during his visits, he saw how God is using Christian men and women to shed the light of the gospel in even the darkest and most dangerous corners of the world. “For every act of terror in the world today,” he writes, “there are a thousand acts of sacrificial service and gospel proclamation.” God is not absent in our world. He is in control, and He is calling people to Himself today – just as He has called people to Himself in millennia past.

Another aspect of Duesing’s book reinforces this truth. Since the author is an advocate of Bible-based, text-driven preaching, it’s no surprise that the exposition of Scripture permeates his book. But the author is also a church historian, and imagery and personalities from the Christian past also fill his book. In the book, we find the Chalcedonian Creed – an ancient confession of faith that, with biblical fidelity and clarity, described Jesus as truly God and man. But, scattered throughout the book, we also find a “Who’s Who” of Christian theologians from the past: Athanasius of Alexandria, Anselm of Canterbury, John Calvin, Richard Baxter, John Owen, John Bunyan, Charles Wesley, William Cowper, William Carey and Carl F.H. Henry. Their lives are a testimony that, amid sometimes bleak circumstances, God has been at work throughout the centuries. And this gives me hope for the present.

In a letter penned by Clement – a Christian bishop in Rome writing to the Corinthian church around the time of the Apostle John’s death – Duesing finds the analogy of the phoenix, a mythical bird that died and rose again. Clement used the phoenix to remind the wayward Corinthians of Christ’s death and resurrection, and Duesing uses the image once again to remind us of the reason for our hope: Christ is risen! And, even so, “mere hope” lives today.