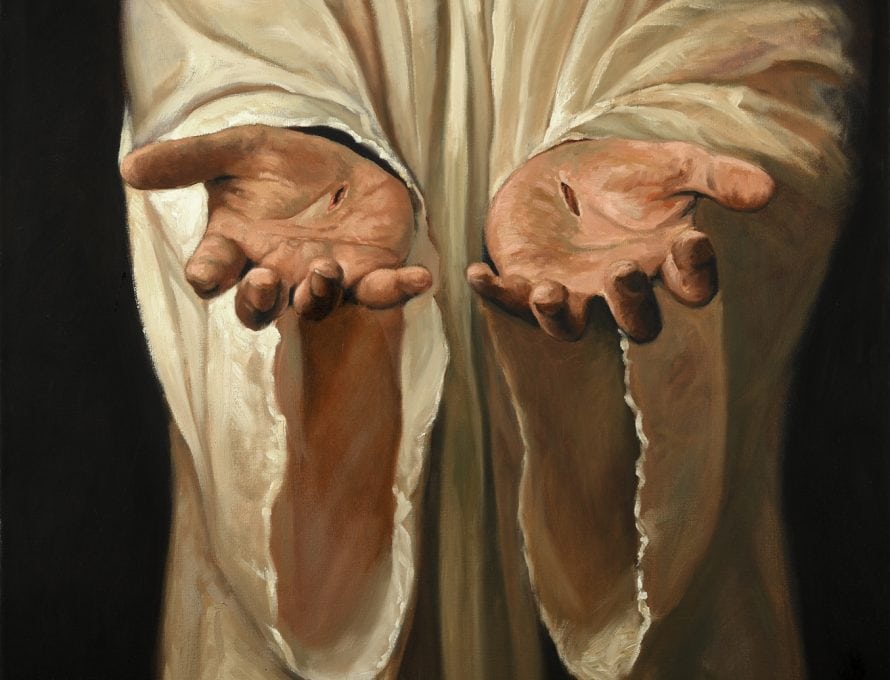 This is the fourth in a series of articles on the Incarnation.

By the term “Incarnation,” we mean the eternal Son of God took on human flesh in the person of Jesus of Nazareth. As such, Jesus is one person in two distinct but undivided natures: human and divine.

In previous articles, we explored how these two natures work together as the eternal Son of God adds sinless humanity to His deity via the miracle of the virgin birth. And we summarized 10 essential truths about the Incarnation.

Now, let’s look at six key passages of Scripture that help us understand what it means when the apostle John writes, “the Word became flesh.”

John 1:14 – “The Word became flesh and dwelt among us. We observed his glory, the glory as the one and only Son from the Father, full of grace and truth.”

The eternal Son of God always had a divine nature. He was with God in the beginning, and John makes it clear He was God (John 1:1). In the Incarnation, He added a real human nature and thus became both God and man.

The word “dwelt” may be translated as “tabernacled.” Just as the divine presence was with ancient Israelites in the pillar of cloud and fire, as well as in the tabernacle and the temple, Yahweh now manifested Himself in the person of Jesus Christ, the God-Man.

Rom. 1:3-4 – “concerning his Son, Jesus Christ our Lord, who was a descendant of David according to the flesh and was appointed to be the powerful Son of God according to the Spirit of holiness by the resurrection of the dead.”

Paul recognizes Jesus’ humanity through His ancestry as a descendant of King David. His divine nature as the unique Son of God, however, is proven through His miraculous resurrection from the dead.

Rom. 9:5 – “The ancestors are theirs [Israelites], and from them, by physical descent, came the Christ, who is God over all, praised forever. Amen.”

Jesus’ human nature is linked to His Jewish lineage, and His divine nature makes Him “God over all.”

A few translations try to soften this clear claim of deity. The Contemporary English Version, for example, renders it, “I pray that God, who rules over all, will be praised forever!”

However, as Kenneth Samples points out in God Among Sages, “Contextually, this reference to ‘God over all’ applies to the person of Christ and is not a separate doxological reference to God.”

With respect to Jesus’ ancestry, we should note that Matthew and Luke list different genealogies. While much has been written about this, it may help to consider that Matthew is writing to a predominantly Jewish audience and thus follows the line of Joseph (Jesus’ legal father) through David’s son Solomon. Meanwhile, Luke has a broader audience in mind, so he follows the line of Mary (Jesus’ blood relative) through David’s son Nathan.

Phil. 2:5-7 – “Adopt the same attitude as that of Christ Jesus, who, existing in the form of God, did not consider equality with God as something to be exploited. Instead He emptied himself by assuming the form of a servant, taking on the likeness of humanity.”

This passage reflects a primitive Christian hymn. From all eternity, Jesus is of the same essence as God and thus is God. Even though, in eternity past, Jesus possessed the nature and prerogatives of deity, He did not cling to His privileged position at the Father’s right hand. Rather, He humbled Himself, adding sinless humanity to His deity and thus becoming the God-Man.

Col. 2:9 – “For the entire fullness of God’s nature dwells bodily in Christ.” As the NIV renders it, “all the fullness of the Deity lives in bodily form.”

In this passage, the apostle Paul responds to heretical views that later found their place in Gnosticism – namely, the categorical denial that Christ had come in the flesh. Paul emphatically states that Jesus is full divinity wrapped in human skin. The Incarnation is central to Paul’s writings here and elsewhere.

1 John 4:2 – “This is how you know the Spirit of God: Every spirit that confesses that Jesus Christ has come in the flesh is from God …”

The apostle John counters first-century Docetists, a heretical group that embraces the deity of Christ but denies His humanity, arguing that Jesus only appears to be human (from the Greek dokeo, “to seem”). John makes “God in the flesh” a true test of Christian orthodoxy, arguing that every true “spirit” – a person claiming divine gifting for service – upholds the doctrine of the God-Man.

These verses illustrate the significance of the Incarnation. As theologian Gerald Bray writes, “The Son of God, eternally begotten of the Father and fully equal to Him in every respect, became a man so that He could unite us to Himself, pay the price for our sins, and bring us back to God.”

Next: Subordinationism and Scripture