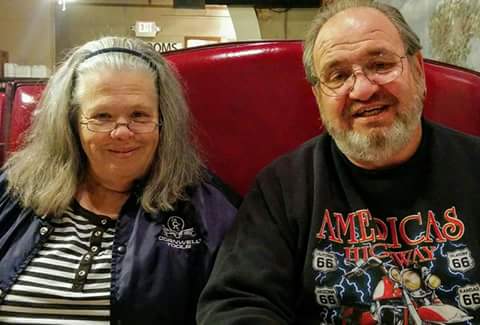 HIGGINSVILLE – When Michelle Chaffer first heard of the death of 17 tourists on a “duck boat” in Branson, July 19, she was of course sad to hear of so many lives lost. But she saw no need to be concerned for her own family members. Her parents, Bill and Janice Bright, drove to Branson earlier that day to celebrate their 45th anniversary. But Michelle’s sister had heard from them after they checked into their hotel. So Michelle felt no need to worry.

This changed the following day.

“It was late morning,” Michelle said. “My aunt called, and she was hysterical. She couldn’t find my parents.” Since her aunt lived in southern Missouri, she planned on meeting Bill and Janice in Branson. But she couldn’t contact them. And, unlike Michelle and her sister, she knew that Bill and Janice had planned to ride “the duck boats” during their trip.

Immediately, after hearing this news, Michelle made several phone calls to try to find her parents. Then, one of her friends began to send pictures and news from Branson. One picture showed vacant cars in the parking lot outside of the “duck boat” office. They were decked with flowers in honor of those who had died or were missing. Amid the cars, Michelle saw her dad’s van.

“It was shocking,” said Michelle, who has been an active member at First Baptist Church, Higginsville, for the past two years. “I don’t really know what was going through my head. I couldn’t believe it, but I knew it was true.”

Amid the shock, her church family responded with the love of Christ. Michelle learned about her parents’ death while working at the church for a children’s summer program. So they knew immediately what had happened.

“They gave me space to talk on the phone,” Michelle recalled. “They prayed for me, and they followed me home.” Then they waited outside her home until she had the chance to tell her 10 children what had happened to their grandparents. In the days and weeks that followed, church members provided meals, did the laundry and other chores, and helped Michelle clean her parents’ house.

“They made sure that my children were supported and taken care of,” Michelle said. “They really helped me in ways that I didn’t even know I needed help. … They were here, and – when my brain couldn’t even think – they were helping me get things done. There’s just not enough words to say how thankful I am to them.”

Pastor Greg Fine of First Baptist, Higginsville, conducted Bill and Janice’s funeral service, July 26. Although they weren’t members of the church, Bill and Janice had been visiting since moving to the town a couple of years earlier.

“Pastor Greg did just an amazing job with the service,” Michelle said, “and the gospel was preached – which I’m very grateful for. Not all my family members are saved. So I was really thankful for that.” Roughly 175 people attended the service, which included time for people to share their memories of Bill and Janice.

According to Michelle, her dad was a hard worker. “He did what he needed to do to take care of the family. He was a master mechanic, and he was just always helping people with their cares. It was hard work, but he always loved helping people in that way.

“And he loved his grandkids,” she added, sharing how her dad, prior to the tragedy, was teaching her 16-year-old how to drive. “He wanted, in the last few years, to really just soak them up and spend as much time with them as he could.”

And, as for her mom: “She was just the sweetest lady ever. She loved her grandchildren. She loved babies. She was always a homemaker, always taking care of kids, always looking out for other children. I remember, growing up and going to Girl Scout camps or field trips, she always brought extra clothes or an extra lunch for some other kid who didn’t have enough. She was really just a sweet lady.”

In a Facebook post, Michelle also shared a message of hope in the aftermath of this tragedy.

“Truly my heart and my brain cannot grasp what has happened,” she wrote. “It’s too much. I do take comfort in knowing that my parents are together. They accepted Jesus as their Savior in August of 1989. They were baptized on the same day I was. Our life on this earth is but a vapor, compared to eternity. My parents went to Branson to celebrate their 45th wedding anniversary. They are now on a permanent vacation in the best destination, heaven.

“When tragedies like this happen,” she added, “many people ask, ‘Why would God allow this to happen?’ Bad, tragic events have taken place in this world ever since Eve at the fruit. … But God is always good! He made a way for things to be made right again when He sent His son, Jesus, to die on the cross for our sins.”

Michelle asked Missouri Baptists to pray for her family, that God would give them strength as they grieve in days to come, and also that she would be sensitive to her children’s needs during this time.