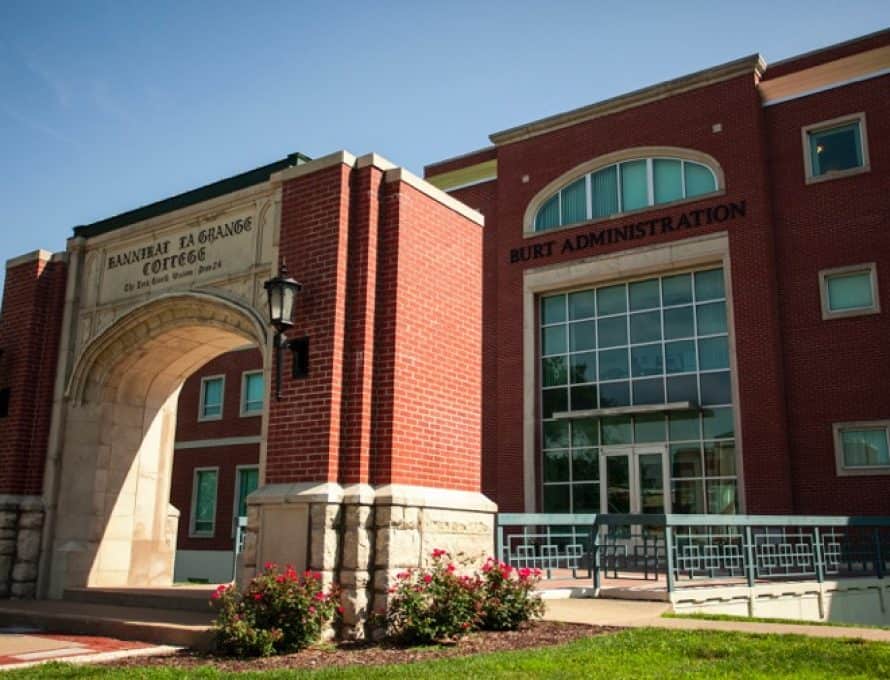 HANNIBAL – It is becoming like clockwork. Most Hannibal-LaGrange students leave campus during the summer, and Gasconade Valley Association comes for a week to help with projects.

Gasconade Director of Missions Phil Rector said this is the 22nd year a team from the Association has come to offer summer project help to HLGU. Rector was part of the team for a few days.

Delmar Branson, who with his wife Belinda are co-leaders of the group, said the team this year  was comprised of 38 people, including 13 members from the association, which sponsors the mission trip.  Other individuals and families from Iowa joined the efforts. Some of the team are also in Campers on Mission and brought RVs to the campus.

Branson said the men addressed various project issues, such as removing old caulking and wood from the Pulliam apartments fascia; replacing needed thresholds and door seals in the quad-plexes, replacing some damaged drywall and repainting the an interior section of the Mabee Sports Complex, pruning and removing dead flowers from over 100 Rose bushes, and replacing some Pulliam dorm soldered fittings for shower heads.

He said many of the women sewed on quilts for the Missouri Baptist Children’s Home, made over 200 port pillows, and over 200 “tooth fairy” pillows which a dentist uses for underprivileged children.

After a day of hard work, the team has a fellowship devotion with music. “It’s the final relaxation (to everything of the day),” Branson said.

“We have a good working relationship with the University,” Branson said. “They bend over backwards to help us and treat us like royalty.”

“Hannibal-LaGrange University is blessed to have the Gasconade Valley Baptist Association and Campers on Mission on our campus each summer. They are tireless and enthusiastic in their service – we are so thankful!  Their work is a vital partnership in our ability to provide high-quality Christian education to students at the university.”

Branson said others in the team make the work possible.

“We appreciate the support our DOM Phil Rector gives us. Shelba Knight heads up our sewing room. Lynn Gay heads up the music each night.”

The Bransons have led the team for five years, but next year, Wayne and Valerie Heet of FBC Owensville will take over the team leadership.