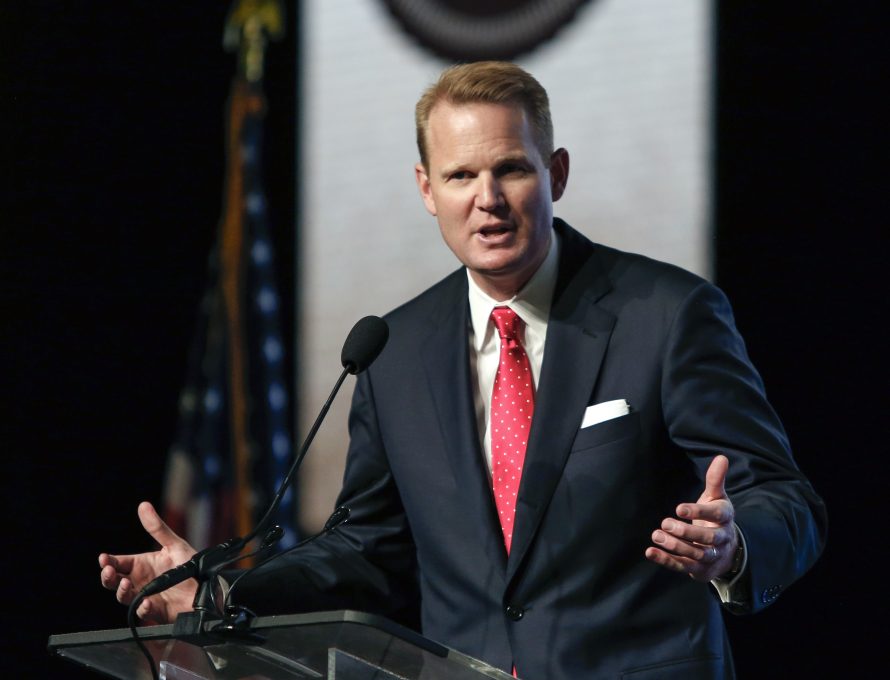 Trump announced his selection of Kavanaugh, 53, Monday night from the White House, ending speculation on who would be chosen from a list of 25 potential nominees – all considered conservatives – that the administration had released in November in anticipation of the next open seat on the high court. Associate Justice Anthony Kennedy announced his retirement from the Supreme Court on its final day of the term, June 27.

In his first 18 months in the White House, Trump already has had the opportunity to make two nominations to the high court. He nominated Neil Gorsuch in January 2017, and the U.S. Senate confirmed the federal appeals court judge in a 54-45 vote.

The nomination of Kavanaugh, a judge on the District of Columbia Circuit Court of Appeals, immediately set in motion an impassioned effort by abortion and gay rights advocates, as well as some Democrats in the Senate, to prevent his confirmation. Meanwhile, conservative support for the nomination appeared strong, though not unanimous, for a nominee who has a reputation of seeking to interpret the Constitution and laws based on its original meaning and their text, respectively.

The focus of much of the battle over Kavanaugh’s confirmation will be Roe v. Wade, the high court’s 1973 opinion that struck down all state restrictions on abortion and legalized the lethal procedure throughout the country.

In introducing his nominee, Trump said Kavanaugh “has impeccable credentials, unsurpassed qualifications and a proven commitment to equal justice under the law. There is no one in America more qualified for this position, and no one more deserving.”

When it was his turn, Kavanaugh told the White House audience his philosophy as a judge is “straightforward.”

Kavanaugh needs a simple majority of the 100-member Senate to gain confirmation. Republicans hold a 51-49 majority, which means the GOP leadership has little room to spare in its own party for approval of the president’s nominee.