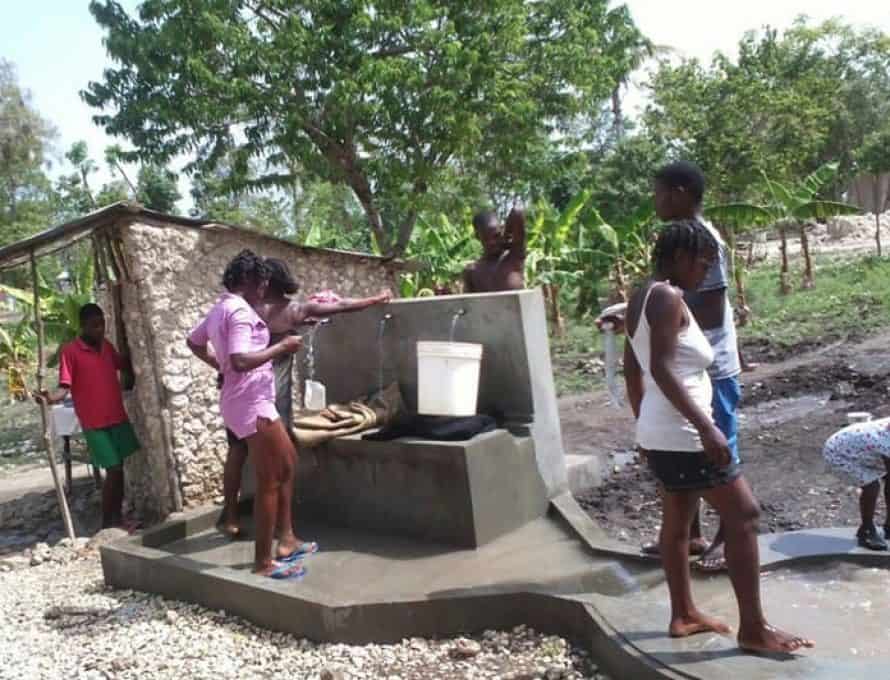 Residents in Camp Marie, a Haitian village of 7,000, use fresh water stemming from a mission trip to Haiti by Ole Miss players, coaches and family members. BP Photo.

JEFFERSON CITY – The Missouri Baptist Convention is calling churches to pray for Haiti and for missionaries in the country amid riots and political unrest that broke out in the country over the weekend.

“By now, you’ve likely seen the news reports out of Haiti, where the U.S. Embassy has warned American citizens in that country to “shelter in place” – or stay inside – amid demonstrations in the capital of Port-au-Prince against a sharp rise in fuel prices ordered by the government. Although the government has rescinded its order, chaos continues.

“While the situation in that beleaguered country should be a matter of prayer for all of us, it hits Missouri Baptists especially close to home. A number of Missouri Baptists happen to be on mission trips in Haiti at the moment. While I do not have a complete listing, I’m aware that Missouri Baptists from churches in Springfield and Neosho, as well as a team from Southwest Baptist University, are serving the Lord there.

“Please join me in praying home our Missouri Baptist brothers and sisters, as well as petitioning the Lord on behalf of the people and government of Haiti. The Lord is working in that country, and using Missouri Baptists to be the hands and feet of Jesus there.

“Pray for the safe return of Missouri Baptists; an end to violent protests; a restoration of order across the nation; and an open door for the continued work of God’s kingdom in that country.

“Thank you so much for pausing – now – to seek the face of the Lord.”

In the early afternoon of July 9th, officials from Southwest Baptist University reported that their mission team—mentioned in Yeats’ message—had made it safely back to the United States.