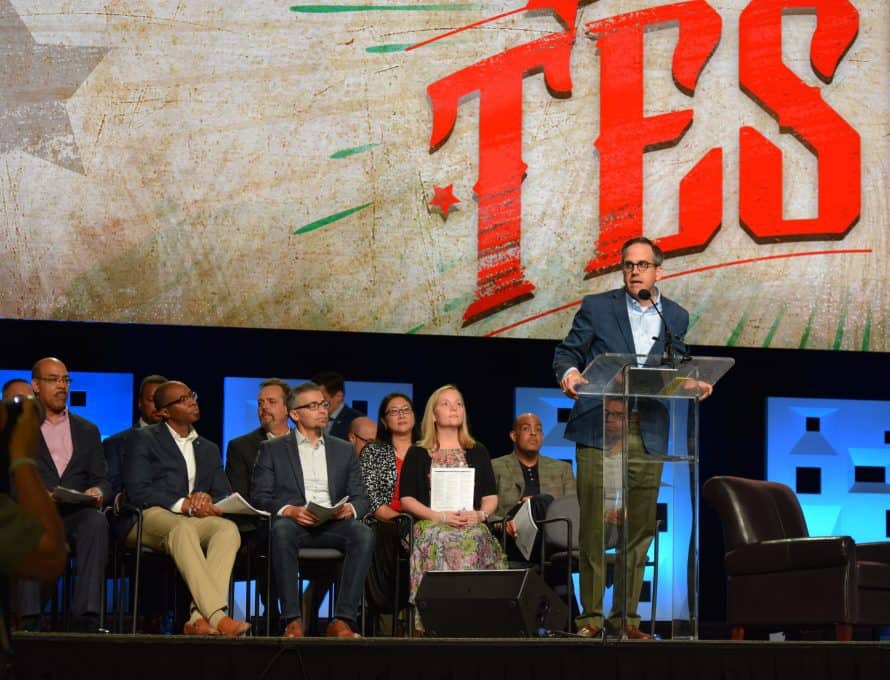 DALLAS – Nearly 400 messengers from Missouri Baptist churches made the trek southwest to Dallas for the Southern Baptist Convention’s annual meeting June 12-13. Missouri’s 391 messengers were part of the 9,637 messengers making up the unofficial total. Show Me Baptists were the 10th largest state delegation.

When registered guests, exhibitors and others are included, the count of those at the SBC annual meeting rose to approximately 15,000, according to the convention manager. It is the highest messenger count at an annual meeting since Orlando in 2010 (11,070), but fewer than in 1997 when the convention last met in Dallas (12,519). The all-time high messenger count – 45,519 in 1985 – also happened in Dallas in 1985.

Reelected SBC registration secretary Don Currence of First Baptist Church in Ozark, Mo., said he anticipated the high turnout due to the location, the SBC presidential election, and several other issues that piqued messengers’ interest. Given that next year’s meeting location in Alabama is in the heart of the South, he anticipates another high attendance figure.

“Birmingham is a strong location,” Currence said. “It will be less expensive for many people to travel there, and the hotels are cheaper as well. It will be one of the cheaper convention sites we’ve been to.”

Texas Baptist churches turned out in force in Dallas; their 2,036 messenger total was by far the largest among the states. Louisiana was the second highest at 718 messengers.

Official attendance numbers will be released later in June; the state-by-state numbers do not include guests or children.