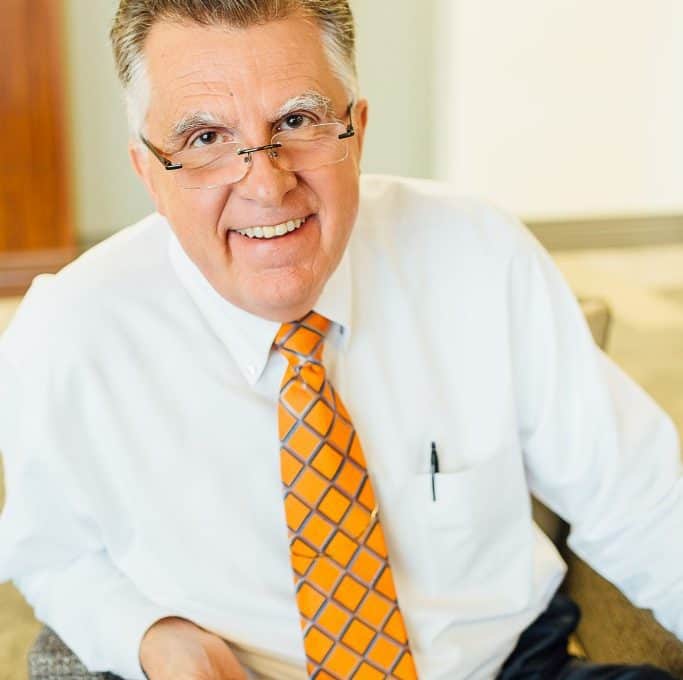 JEFFERSON CITY – Each year, the Missouri Baptist Foundation (MBF) honors those who have been generous with their life and resources to benefit God’s kingdom. MBF established the Fellowship of Christian Stewards in 2001 as a way to present personal examples of whole-life Christian stewardship – the gift of talents, time and treasures. Pastors, ministry leaders and lay members can make nominations. MBF trustees consider the nominations and choose those to be recognized. In addition, MBF awards a grant to each fellow to support a chosen ministry. MBF Trustees and Staff wish to announce the 2018 class of the Fellowship of Christian Stewards.

Dr. John Marshall has served 50 years in the gospel ministry. A native of southeast Missouri, Marshall is a sixth generation preacher who felt a call to the ministry at the age of 15. He is a graduate of Southeast Missouri State University and New Orleans Baptist Theological Seminary. Dr. Marshall was the youngest man ever to earn a Doctor of Ministry degree from a Southern Baptist seminary (age 23). He has pastored churches in Missouri, Mississippi and Arkansas. Marshall became pastor of Second Baptist Church, Springfield, in 1995. During his pastoral tenure, the church was annually one of Missouri’s leading churches in baptisms, as well as the state’s largest contributor to the Cooperative Program. Nationally known as a mission-minded church, Second Baptist has given $2.6 million to plant 51 new churches in the US in the past seven years. After 22 years as Second Baptist’s pastor, Dr. Marshall retired from full-time ministry and is now enjoying time with family and serving as an interim pastor. To learn more about Dr. Marshall go to www.john316marshall.com.

Anna and Archie Jackson believe God can do great things with small things to confound the wise. In 2014, Anna and Archie challenged fellow alumni of Hannibal-LaGrange University to join them in supporting their alma mater through The Widow’s Mite Challenge. The Jacksons challenged HLGU alumni to commit to giving $10 a month for one year. While it did not seem like very much, the Jacksons believed that the small gifts of many contributors would have a tremendous impact on the University. Anna and Archie have made a career of teaching and serving in the name of the Lord, and according to HLGU they are “wonderful examples of faithful, consistent givers.”

Drs. Martha & Robert Bergen have served as professors at Hannibal-LaGrange University for a combined 60 years. Martha and Robert recently announced their retirement from full-time teaching and have been designated Professors Emeritus where they will continue their writing ministries. Martha was chair of the division of Christian studies, professor of Christian education, and director of ministry guidance. Robert was the associate dean of academic administration and distinguished professor of Old Testament and Hebrew. Both are accomplished authors and scholars and were visiting professors at the Canadian Southern Baptist Seminary and College in Cochrane, Alberta, Canada in 2016. Dr. Miles Mullen, Vice President for Academic Administration, paid tribute to Drs. Bergen by saying, “Immensely talented, they devoted their lives to each other, their local church, and generations of students at Hannibal-LaGrange University. Many, many of those students are now faithful pastors, missionaries, teachers, nurses, business owners, husbands and wives, and moms and dads because they sat under the teaching and watched the example of Bob and Martha Bergen.”

Irvin Cockriel became concerned that students are not active in church once they go to college. He researched the issue and was even more shocked to find the staggering results of the decline of college students’ activity in a local church. As a result, Irv addressed his concern by developing a scholarship that would accomplish two things. One, it would be awarded by his home church, Memorial Baptist Church – Columbia, to keep students involved in church through the music ministry. Secondly, it would honor Randy Schilb, Memorial’s minister of music, who has over 40 years of service to the congregation. To date, Irv and the scholarship committee have raised over $45,000 for the scholarship fund to support students to attend a college, university or trade school in Columbia. More importantly, it is Irv’s desire to see college students stay connected to the church and continue their discipleship in Jesus Christ.

Cassidy Winters learned at an early age to trust God and see His love and goodness in tough times. Cassidy, a recent graduate of Hannibal-LaGrange University, is passionate about giving a voice to people who cannot advocate for themselves. She has worked with survivors of human trafficking in Southeast Asia, shared the gospel with people in remote Philippines and worked with kids in inner city Chicago. Through her travels and experiences abroad, Cassidy was motivated to start a club at HLGU to bring awareness to the issue of human trafficking. She organized an ethical fashion line to create awareness about modern slavery. Cassidy has also worked to create awareness and recruit volunteers for the Court appointed Special Advocates for Children (CASA). Cassidy’s desire to share God’s love with those who are hurting stems from the tragic loss of her father who was killed while pastoring the First Baptist Church of Maryville, Ill. Cassidy personally knows that in the midst of this kind of hurt, God’s presence brings hope and peace.

Kavin Tingley is 14 years old and has a rare heart condition called Timothy’s Syndrome. When Kavin and his family were staying at the Ronald McDonald House in Kansas City last winter, they talked about how they could provide ministry to the other families at the house. Kavin and his mother, Tammy, decided to serve brunch for the residents. They also involved members from their home church at Hamilton Street Baptist Church, Kirksville to assist them. This has become an ongoing project, with church members traveling to Kansas City to bring food and serve a breakfast buffet. They also bring paper products and toiletries for the residents, as well as providing gospel tracts and Bibles for all who want them. If given permission and the opportunity, they pray with the residents, too. Residents are grateful for the caring ministry known as “Kavin’s Heart.”

The mission of the Missouri Baptist Foundation is to strengthen the mission and ministry efforts of Missouri Baptists. Established in 1946, MBF began with three accounts and assets of about $80,000. It has grown to manage more than $135 million in assets, with over 950 accounts. In fiscal 2017, the Foundation distributed nearly $9 million in principal and income to Baptist and other causes in Missouri and around the world. MBF is a member of the Evangelical Council for Financial Accountability (ECFA). For more information about the Fellowship of Christian Stewards, go to www.mbfn.org/fcs.