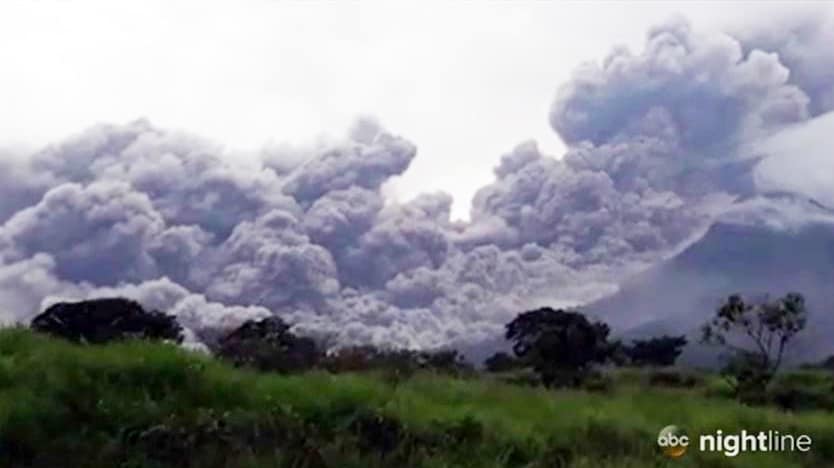 ESCUINTLA CITY, Guatemala – Southern Baptist mission groups from the United States ministering in Guatemala are safe after a volcano erupted on June 3.

One mission group from Union Hill Baptist Church in Holts Summit was working in an orphanage about 70 miles northwest of the eruption when it occurred, according to KRCG 13.

Associate Pastor Jason Glenn told KRCG that the group was unaware of the disaster until they saw the ash and residue in the sky. When he learned it was from a volcanic eruption, he was worried.

“Shock for sure,” Glenn told KRCG, and “safety concerns, not knowing exactly where they were located at and how close it was.”

Another mission group in Guatemala was much closer to danger. According to the Baptist Press, a mission group from Bear Cove Baptist Church in Sparta, Tenn., was in Escuintla City when the volcano erupted – less than 10 miles away from the volcano itself.

Justin Wesson, the youth minister for Bear Cove Baptist Church, told the Baptist Press the group was originally there to evangelize urban youth, but their focus has now expanded to also provide relief.

The eruption of Volcán de Fuego, which translates to “volcano of fire,” has already taken a number of lives. According to the Associated Press, as of Thursday afternoon (June 7) there have been 75 confirmed deaths, with 192 still unaccounted for.

Baptist Global Response (BGR), a Southern Baptist partner, has responded to the disaster. BGR CEO Jeff Palmer told the Baptist Press that they are working to “help provide shelter, food and support for those affected.”

Both mission groups are completely safe and plan to return to the United States by the end of the week, but recovery, rescue, and relief efforts will continue.