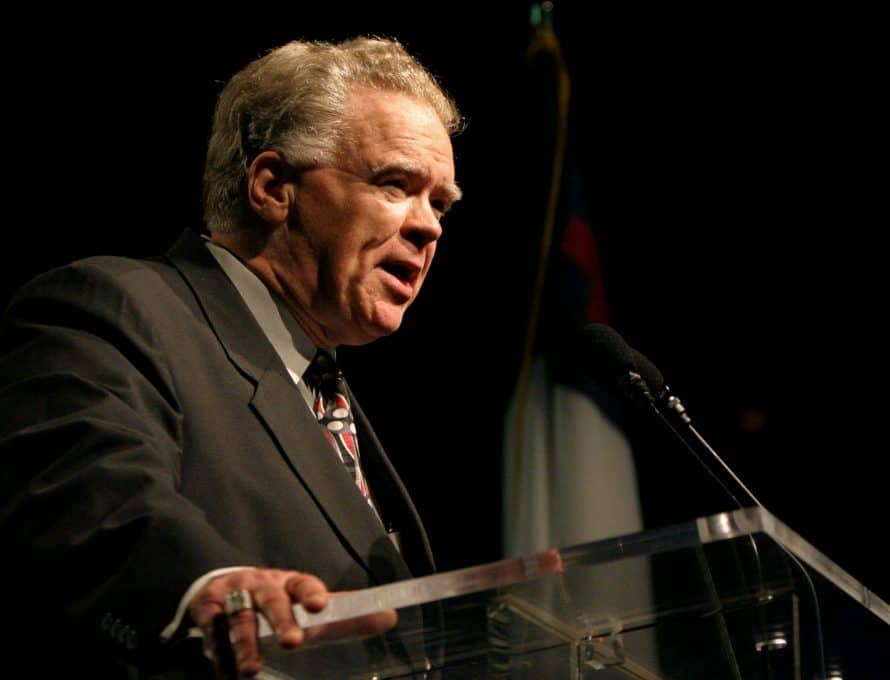 FORT WORTH, Texas (BP) — In a meeting that began at 1:30 p.m. May 22 and ended just after 3 a.m. May 23, Southwestern Baptist Theological Seminary’s trustees appointed Paige Patterson president emeritus effective immediately. They also named as interim president of the seminary Jeffrey Bingham, dean of Southwestern’s School of Theology, pending his acceptance.

In addition, trustees adopted a motion stating “evidence exists” that Patterson has complied with reporting laws on assault and abuse. Trustees also found “no evidence of misconduct” in the employment file of Nathan Montgomery, a Southwestern student who was fired from his employment in campus dining services after he tweeted an article critical of Patterson.

As the trustees met, The Washington Post published a report claiming Patterson told a student at Southeastern Baptist Theological Seminary in 2003 not to report an alleged rape to the police. He was Southeastern’s president at the time, moving to Southwestern later that year.

Current Southeastern President Danny Akin sent an email to Southeastern students Tuesday evening stating he was “only recently made aware of” the alleged rape, has “consulted with law enforcement” and is committed to “a zero-tolerance policy on campus regarding rape.”

Southwestern’s trustees convened their meeting in response to controversy surrounding Patterson since late April over statements he made years ago on domestic violence and a teenage girl’s physical appearance.

In an audio clip from 2000, Patterson expressed his views regarding domestic violence, stating the proper response of a wife to domestic abuse “depends on the level of abuse to some degree.” In an online video of a 2014 sermon, he illustrated the Hebrew word used to describe Eve’s being “built” from Adam’s rib in Genesis 2:22 by quoting a teenage boy’s assessment that a teen girl was “built.” Patterson added that the girl’s appearance was “nice.”

Patterson issued a statement May 10, in which he apologized for a “failure to be as thoughtful … as I should have been” in describing domestic violence and the physical attractiveness of women in sermon illustrations.

Since the years-old video and audio clips surfaced, thousands of Southern Baptists have signed open letters both supporting and opposing Patterson.

As the Southwestern trustees deliberated, Southern Baptist Convention Executive Committee interim president D. August Boto said in a statement, “In the Southern Baptist world, entity governance is a matter of trustee involvement and determination. Entity leaders are directly responsible to their boards. Baptists have long thought that the best outcomes are derived through the priesthood of the believers — committee and trustee deliberations involving many Christians, and a breadth of inclusion. Group deliberations are cumbersome, difficult and frustrating; but they seem to produce more maturity, more patience, more accountability and more sense of a family wherein love abounds.

“What is going on at Southwestern Seminary is that sort of process. I trust our system, but I trust Christ more. I know He is there, and cares. I know what His Word says in Romans 8:26-28. Therefore, I have confidence that what has been decided will work out for the betterment of the seminary, for the Pattersons and for our convention if, as I trust, the trustees have been driven by a deep desire to fulfill God’s calling and accomplish God’s purpose,” Boto said.

In response to The Post’s report about Patterson at Southeastern, Akin said in his email that the alleged rape “took place under a previous administration. I was only recently made aware of this event. Since being made aware of the event, I have asked our General Counsel to review the actions taken by the previous administration, and we have consulted with law enforcement. I have also spoken with the former student who has brought the accusation to make sure I have an understanding of the events, and to let her know of our love for her.

“While this happened 15 years ago under a previous administration,” Akin wrote, “I want to make sure the campus knows that we have a zero-tolerance policy on campus regarding rape, sexual harassment, abuse, etc. If you ever are the victim of any of these, I want to encourage you to immediately report what has happened to the authorities in addition to working with our Student Life division to receive care and counseling.”