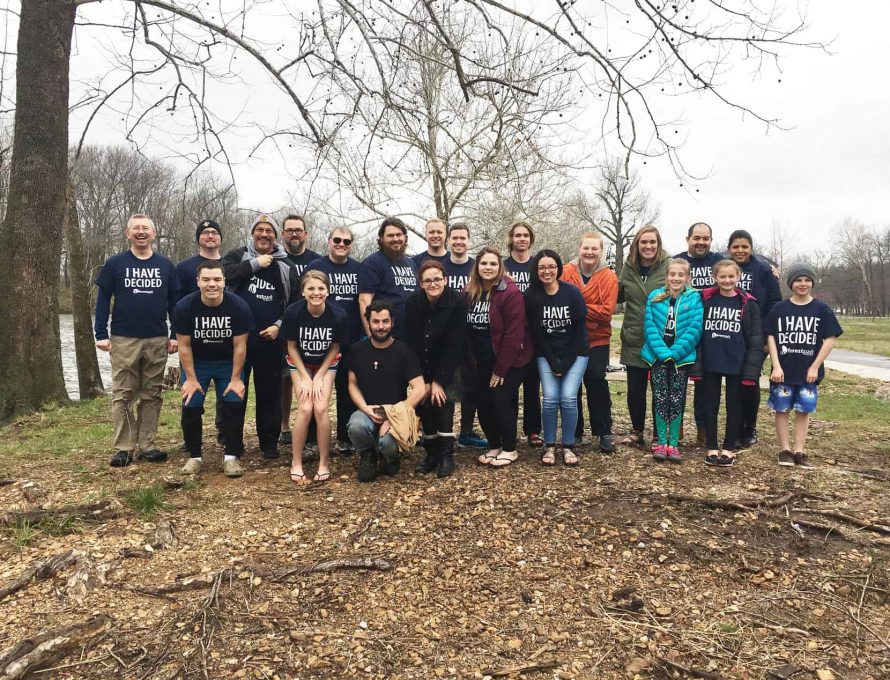 JOPLIN – The mission doesn’t get powerful until it gets personal.

“When a person sees the darkness in the world and then comes back they are much more motivated to do something about it,” said John Swadley, lead pastor at Forest Park Church here. “We desire to know the people out there on the field making the sacrifices to spread the gospel where they are so that we can play a small part in advancing their work.”

That’s where Forest Park’s new giving strategy, the Acts 1:8 Project, comes in. Swadley said the church has been doing building or pay-off campaigns about every three years since 1999. Instead of their typical earmarked campaign, the church is giving above and beyond their usual missions offering to specific missions locally, regionally, nationally and to the ends of the earth. For this one-year giving campaign, Forest Park has pledged a total of $513,000 to their mission partners.

They identified and allotted a percentage of the amount projected to numerous mission partners in each of these Biblical categories. For example, they are planning to give 13% of their total gifts to regional “Judea” missions. Their partners in this category include Watered Gardens Gospel Rescue Mission here, LifeChoices Pregnancy Medical Center here, a Forest Park family who serves at the Baptist Student Union at Missouri Southern State College here, and the Missouri Missions Offering.

But, Swadley said, the church isn’t waiting until the end of the campaign to disperse funds. As needs arise and as Forest Park mission teams visit and serve in the missions, the money will be given.

For even better communication surrounding this next-level giving project, the church missions team made up prayer cards for each of Forest Park’s 24 mission partners. The cards provide a snapshot of information about the work God is doing in each ministry and some of their specific prayer requests going forward. The leadership team challenged members to take the prayer cards home and pray for each work with intentionality.

“When you live in southwest Missouri you have to make an effort to keep in mind the needs of the world,” Swadley said. “Part of our objective in this project is to help all of us do a better job of remembering that Jesus came for the whole world and so we are called to make a difference in the whole world.”

So far the response has been excellent. Swadley said church giving is way ahead of schedule and he believes Forest Park will surmount what they pledged back in November.

“The giving has been very good and the excitement generated toward being part of God’s plan to advance the gospel has been wonderful,” he said. “Some out there might not like the idea of making a pledge, but I think it’s healthy to determine what God puts in my heart to give and then watch as God makes it possible. It strengthens my faith.”

In keeping with the Acts 1:8 Project goal of “advancing the gospel through generous living,” not just giving, Forest Park has also been actively engaged in serving the Joplin community. During the Christmas season the church received permission from Northpark Mall here to wrap Christmas presents for free. Swadley said church members wrapped and struck up conversations. It gave them an opportunity to invite those last-minute Christmas shoppers to their annual Christmas services.

Also, the week before Easter, members of Forest Park delivered 200 boxes of Hurts Donuts to area businesses all over Joplin.

“We took donuts into break rooms all over our city, a Happy Easter gift from Forest Park. Then we invited them to come see us on Sunday,” Swadley said. “Personally, I’ve loved seeing more of our dollars go to mission work and less to our own resources. It’s a lot more fun.”