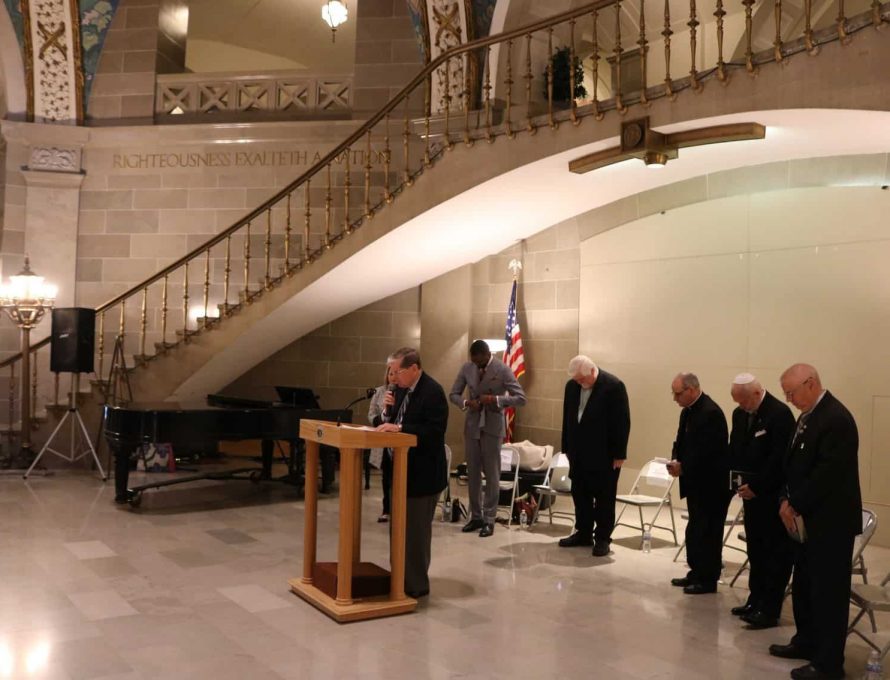 NASHVILLE (BP) – Multitudes prayed in thousands of venues on the 2018 National Day of Prayer, capped with a televised national prayer service scheduled for 7:30 p.m. Eastern today (May 3) in the U.S. Capitol.

“We need a massive prayer movement that will lead us back to God and bring healing to our land,” Floyd has said of the event. “That is my great hope for this date set apart for prayer and national repentance.”

President Donald Trump marked NDOP by announcing a White House Faith and Opportunity Initiative “to ensure that the faith-based and community organizations that form the bedrock of our society have strong advocates in the White House and throughout the Federal Government.”

A chief adviser and support team of community and faith leaders will head the initiative, Trump said in his executive order, but did not release names of the new group. He charged advisers with recommending policy affecting faith groups, identifying faith and community-based partnerships to fight poverty, pointing out federal shortcomings in complying with religious liberty laws, and reducing the “burdens on the exercise of free religion.”

Trump announced the initiative at an 11 a.m. (Eastern) prayer gathering in the White House Rose Garden, flocked by prayers from leaders of various faiths.