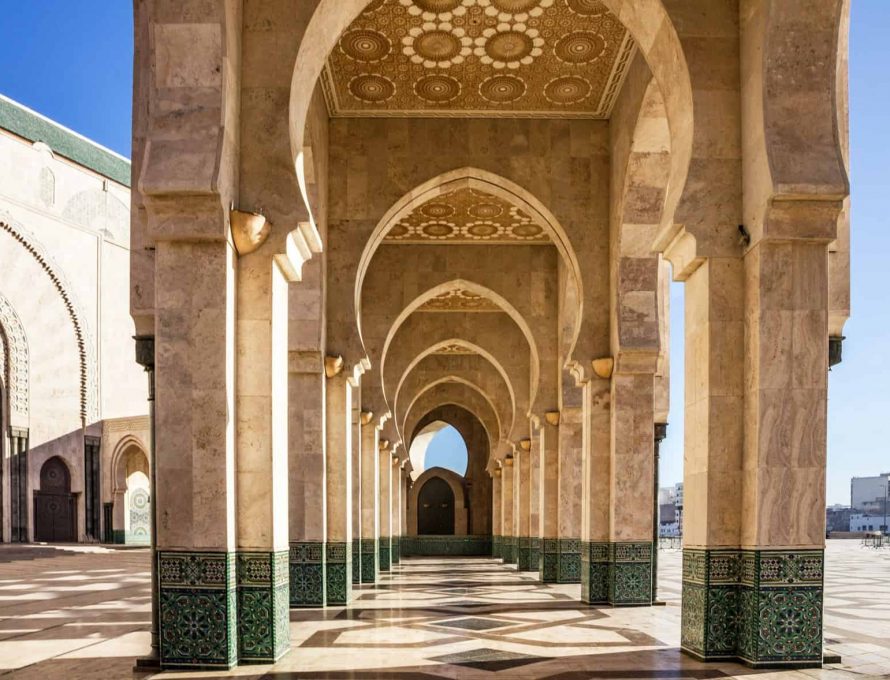 This is the last in a series of articles contrasting Allah and Yahweh.

Muslims and Christians agree that there is one God but understand Him differently. While it is politically correct to say Christians and Muslims worship the same God, no Muslim or Christian who truly understands his faith would agree with that statement.

In fact, we can see that Christians and Muslims worship distinctly different Gods by asking three personal questions: (1) Does God know me? (2) Does God love me? (3) Did God die for me?

The Qur’an teaches that Allah (the god of Islam) is the transcendent creator. He knows who you are; in fact, he has fatalistically determined your thoughts, words, and deeds – and even your eternal destiny. So, Allah does indeed know you.

But Allah is neither knowable nor approachable. The Qur’an depicts him as a singular being with no “partners.” To call Jesus the Son of God is to commit the unpardonable sin. Of the 99 names for God in the Qur’an, none is intimate. Allah reveals his will, not himself.

Yahweh (the God of the Bible) also is depicted as the transcendent Creator. He knows us; but more than that, He is knowable and approachable. He created us in His image – with personality, thought, and will – for the purpose of enjoying an everlasting, intimate relationship with Him. He exists as a triune being in eternal relationship as Father, Son, and Holy Spirit.

In fact, God is so knowable, He came in the flesh as Jesus of Nazareth. As the apostle John writes, “The Word became flesh and dwelt among us. We observed His glory, the glory as the one and only Son from the Father, full of grace and truth” (John 1:14).

Does God know me? Allah and Yahweh are depicted as supreme beings that know everything and everyone. But only the God of the Bible is truly personal and knowable.

Yahweh, on the other hand, loves all people (John 3:16). He demonstrated His love for us in that while we were still sinners, Christ died for us (Rom. 5:8). John writes, “Herein is love, not that we loved God, but that He loved us and sent His Son to be the propitiation for our sin” (1 John 4:10 KJV). God loves sinners and takes no pleasure in punishing them (Eze. 18:23).

Does God love me? Only the God of the Bible loves all people unconditionally.

The Qur’an teaches that Allah would not die for you, nor would he send anyone to die for you. Allah sends people to die for him, not the other way around.

Further, Islam claims that Allah rescued Jesus from the cross so He would not suffer such a shameful death. Someone else was crucified in Jesus’ place.

The Qur’an states that there is no need for Allah to provide a sacrifice for sin because ignorance of Islam, not sin, is man’s problem. The possible exceptions are apostasy from Islam and refusal to come to Islam. Staying away from major sins (whatever those are) will automatically result in Allah overlooking one’s “small” sins (4:31).

Yahweh, on the other hand, loves us so much that He sent His Son to die for us. This was determined in eternity past; Jesus is declared the Lamb of God slain from the foundation of the world (Rev. 13:8). Jesus, who knew no sin, became sin for us (2 Cor. 5:21). Christ not only died for us; He rose from the dead, conquering sin and death. And He offers us forgiveness of sins and eternal life by grace through faith in Him.

Did God die for me? Only the God of the Bible sent His Son to die for us, securing eternal life for all who trust in Him.

While Muslims and Christians agree that God is greater than anything or anyone, they disagree about whether God is relational, personal, knowable, and the lengths to which God goes to save people.

Only the God of the Bible is personal, knowable, and relational. Only Yahweh loves us unconditionally because only He is, by His very nature, love. And only Yahweh graciously and willingly died for us by sending His Son to pay the sin debt we owe God. He also bore our shame so that we might be restored to a place of honor in His eternal kingdom.

This concludes our series on Allah and Yahweh.