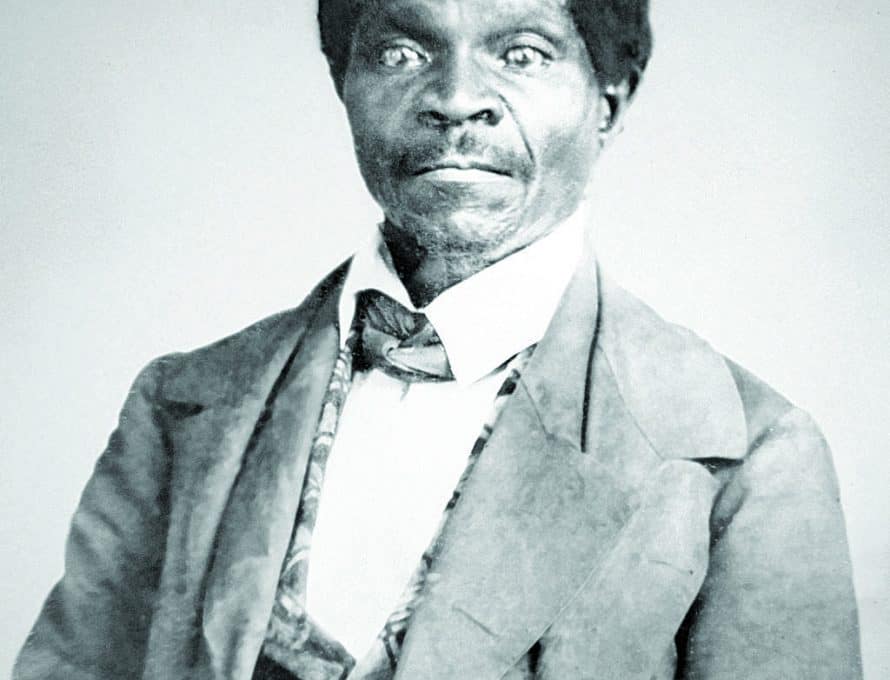 For reconciliation to be realized, the offending party must acknowledge one’s wrongdoing, stop doing it and ask the offended party for forgiveness. The offended party must then forgive. Of course, God made forgiveness an infinitely important ingredient by offering sinners grace – and the gift of eternal life through the penal substitutionary death of Jesus on Golgotha’s Hill.

I pray that God’s example will inspire the government of Missouri to move the state forward as we strive for racial reconciliation. A bill is progressing through the Missouri House of Representatives, acknowledging that the Missouri Supreme Court got it wrong when it ruled that Dred Scott was not eligible to sue for his freedom from slavery even though he had lived in a free state – Illinois – prior to relocating to St. Louis. As the March 7, 1857 New York Times stated in summarizing the court’s ruling, “Negroes, whether slaves or free, that is, men of the African race, are not citizens of the United States by the Constitution.” The ruling grossly contradicted the aspirations of the Founding Fathers and the idea that “all men are created equal,” as they articulated in the Declaration of Independence. “Negroes,” the judges ruled, were “beings of inferior order.” From a Christian perspective, such a view disobeys our Lord’s commandment to “love our neighbor” and the truth that every person is made in the image of God and is entitled to the dignity and respect as such.

The House resolution, sponsored by Rep. Mike Moon, R-Ash Grove, calls for the Missouri General Assembly to do something it has never done: Declare the 1850 Missouri Supreme Court decision denying Scott his citizenship and freedom to be wrong. It is hard to believe 168 years have passed and the Missouri government has never acknowledged that the government got it wrong with Dred Scott.

“Today, it is obvious to most that the Missouri Court was wrong in 1850,” Moon told the House Judiciary Committee while testifying in support of his resolution. “It is customary, when a wrong is realized that an apology of sorts is offered. House Concurrent Resolution 86 is, in effect, the long awaited apology – to Missourians and the nation.”

I commend Moon for his action. I was glad to represent Missouri Southern Baptists by testifying for passage of the resolution when it was introduced last month to the House Judiciary Committee. I urged the committee to pass the resolution. While it is true all the parties involved in the Dred Scott decision are dead, the government of Missouri is not. I the told committee that it is the right thing to do, by doing so it would be acknowledging that it had committed a wrong – and that it will help restore the people’s faith in that we are all truly equal under Missouri government law. I said passage of the resolution would also make a statement to future generations of Missourians, that the government would be promising that it would never treat another Missouri citizen in the same, unjust way, it treated Dred Scott.

As wrong as the Dred Scott decision was, it helped advance the cause of freedom – something for which we all should be thankful. Scott tried five times – through the courts over an 11-year period – to win his freedom. Scott’s example is not only a lesson in courage, but also in perseverance.

“Because of this tenacity, this courage, this perseverance that they challenged the courts with, we have … the 13th, 14th and 15th amendments (to the U.S. Constitution): the abolition of slavery, the right to citizenship and the right to vote,” said Lynne Jackson, great-great-granddaughter of Dred Scott who is a member of Cross Keys Baptist Church in Florissant. She made that comment at the unveiling of a bust of Dred Scott in the Hall of Famous Missourians in the state Capitol on May 9, 2012. A statue of Dred Scott and his wife, Harriet, appropriately stands outside the Old Courthouse in St. Louis, where he was denied citizenship. I am proud to say that The Pathway has published three articles telling the story of Dred Scott, the most recent on May 24, 2012. But statues, busts and newspaper articles cannot accomplish what must be accomplished. Only the government of Missouri can do that: acknowledge that it got the Dred Scott decision wrong and that it will never happen again.