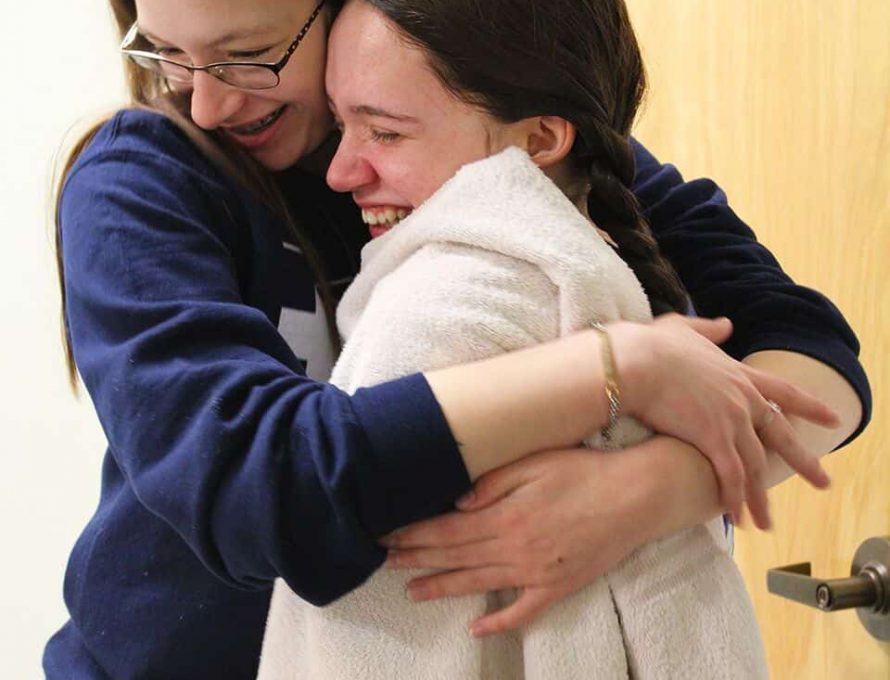 The trough had a lofty purpose as 11 people were baptized during morning worship, each wearing T-shirts with the words “going public.”

“Their life stories were all very different, but their life conversion was the same,” said Derrick Taylor, pastor of NET Community. “It was so exciting to witness each one ‘going public’ with their new lives in Christ, thus declaring ‘I’m not ashamed of the Lord Jesus Christ!’”

Across Illinois, more than 350 people were baptized in 125-plus churches on “One GRAND Sunday” – sparked by Pat Pajak of the Illinois Baptist State Association envisioning a goal last fall of 1,000 baptisms in one day.

Pajak, associate executive director for evangelism, said baptism reports are still coming in, celebrating a renewed excitement about evangelism that seemed to characterize the day.

“The real purpose of One GRAND Sunday was to remind churches that our responsibility and privilege is to have Gospel conversations outside the walls of the church,” Pajak said. The day “was a reason to reignite our passion for the Great Commission and rejoice in both salvations and baptisms, which some of our churches had not seen for many years.”

Among One GRAND Sunday reports from across the state:

‘I’m serious about this’

Brittany Miller grew up going to church, but when she went away to college, she said it never became a priority. Over the past year, she felt a pull to return to church. When a coworker told her about his new church, NET Community in Staunton, Brittany decided to check it out.

“The pastors were so, so dedicated and just really believed in what they were preaching,” she said. “And I liked how it was just taken right from the Bible.”

There was a disconnect, though. Everyone kept talking about salvation, a concept unfamiliar to Brittany.

“I kind of just kept it all to myself,” she said. “I didn’t want to ask too many questions because I didn’t want anybody to think I was a non-believer, because I believed.” But a personal relationship with God was something she didn’t have – yet.

At a small group Bible study, Brittany got up the courage to ask her questions one evening. The group’s leader, Nancy Taylor, pulled in associate pastor David Baker and they walked Brittany through what it means to have a saving faith in Christ.

“After hearing what salvation was, I knew that was what I wanted,” Brittany said. “I wanted that relationship with God; I wanted to deepen my knowledge of Him. I wanted Him to live through me.”

There was one hang-up, however. “I was so worried that I couldn’t [turn to Christ] because I was going to let God down. And I didn’t want to do that,” she said. “It took a while for the pastor to assure me that is not how this works.”

After two hours of talking, she prayed to receive Christ. “It all makes sense now,” she said. “It was God pulling me, little by little, to that moment.”

Over the next days and weeks, Brittany started telling family and friends what had happened to her. They were supportive in some cases but, in other cases, the news didn’t go over as well as she had hoped. Brittany said she’s leaning on her church family to deal with the relational difficulty. She also downloaded a Bible app on her phone, so encouragement is always nearby.

Her baptism April 8 was a way to publicly give God the glory for her faith, she said, and a testimony to the people in her life.

“I need to do this so these people know I’m serious about this.”