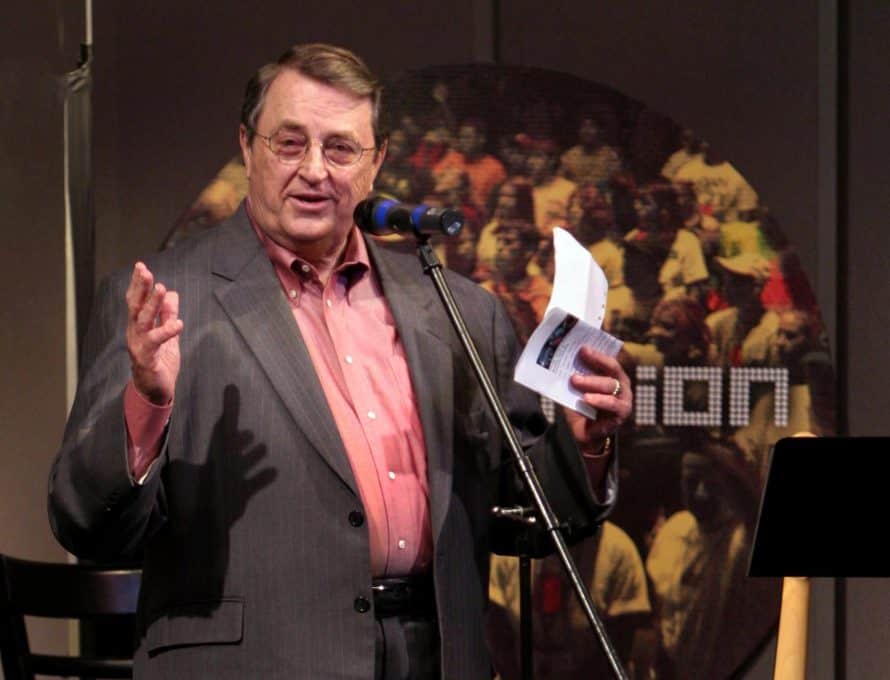 Draper, who has maintained an active speaking schedule since retiring from LifeWay in 2006, is “someone for whom no introduction or explanation need be given,” Boto said in an April 9 announcement. “He is someone whom involved Southern Baptists all across our nation would immediately recognize and trust.”

EC chairman Stephen Rummage, after an April 4 meeting of the Executive Committee’s officers, stated that Boto, the EC’s executive vice president and general counsel, was being named as interim president and was accorded “the option to appoint an interim EC presidential ambassador during this period of transition to assist him in fulfilling the many representative functions that fall to the office of president.” See related story.

Rummage, in an April 9 statement to Baptist Press, noted, “The officers are very enthusiastic about our interim president’s choice of Dr. Draper as EC ambassador. Mr. Boto has shown wisdom and insight into our Southern Baptist family in making this appointment.”

Boto, in his announcement, stated that Draper’s “experience as an SBC president and as an SBC entity leader will prove invaluable. Especially, I intend to ask him to relate to the Great Commission Council as the Executive Committee’s representative, and I would anticipate that the entity leaders on that body would welcome him in that role.

“Additionally, he will be able to cover speaking assignments at state conventions and elsewhere, already knowing and understanding the constantly changing SBC landscape and areas of challenge. I cannot imagine him not being well-suited for any aspect of service I might ask him to help me with,” Boto said.

Draper was LifeWay’s president from 1991-2006; SBC president from 1982-1984 and, earlier, president of the SBC Pastors’ Conference. He led the Dallas/Fort Worth-area First Baptist Church in Euless for 16 of his 35 years in pastoral ministry at eight churches. He is a graduate of Southwestern Baptist Theological Seminary, where he later served as trustee chairman and currently is chairman of the board of advisers of seminary supporters.

Under Draper, LifeWay changed its named from the Sunday School Board in 1997; launched its True Love Waits campaign for sexual abstinence until marriage; released the Holman Christian Standard Bible (now Christian Standard Bible); created LifeWay International to broaden distribution of LifeWay products worldwide; and expanded the volunteer program for LifeWay employees to serve in missions efforts around the world.

In the SBC, Draper led a young leaders initiative during the mid-2000s, traveling across the country listening to younger leaders and encouraging their involvement in the convention. He chaired a task force appointed by then-SBC President Bryant Wright of Georgia to weigh changing the name of the Southern Baptist Convention; the task force held to the SBC’s name but recommended an additional descriptor, “Great Commission Baptists,” approved by the convention in 2012. And Draper co-chaired the SBC’s Ministry to Homosexuals Task Force which sought to provide proactive and redemptive outreach to individuals struggling with unwanted same-sex attractions.

Draper, in comments to Baptist Press, acknowledged that “these are crucial times, but I believe the best is ahead for the Southern Baptist Convention. I have great love for the denomination and still believe God has entrusted to us the best way to reach the world for Christ.

“The Executive Committee has strong leadership,” Draper said. “Things are moving forward.” He noted that Boto is now carrying the responsibilities of interim president as well as EC executive vice president and general counsel, so “any way I can assist him, I would be happy to do.”

Boto described Draper and his wife Carol Ann as “close friends with my family since the 1970s. He shares my deep love for our convention and its cooperative methodology. I am in debt to his model, his training and his counsel for no small part of that love.”

Regarding the process for selecting Draper as EC Ambassador, Boto said, “As soon as it became apparent to me that the Executive Committee’s officers wanted me to act as president in the interim, I requested, and they graciously assented, that I might appoint someone not presently on our staff to assist me in performing normal presidential duties that would potentially overburden my other responsibilities.”

Draper, addressing LifeWay’s trustees in 2004 when he announced his intention to retire in 2006, expressed his conviction that, “As a minister, I will never retire. I cannot retire from ordination, the call to preach or the compulsion of the Holy Spirit to work and witness as a Christian minister.

“The surgeon lays down his scalpel, the attorney shuts his law books, the engineer puts down his calculator and the pilot turns in his wings, but the minister does not retire,” Draper said. “Retirement from that call comes when you wake up and find yourself in the presence of the Lord.”

Draper and his wife of more than 60 years raised three children, James, Bailey and Terri.