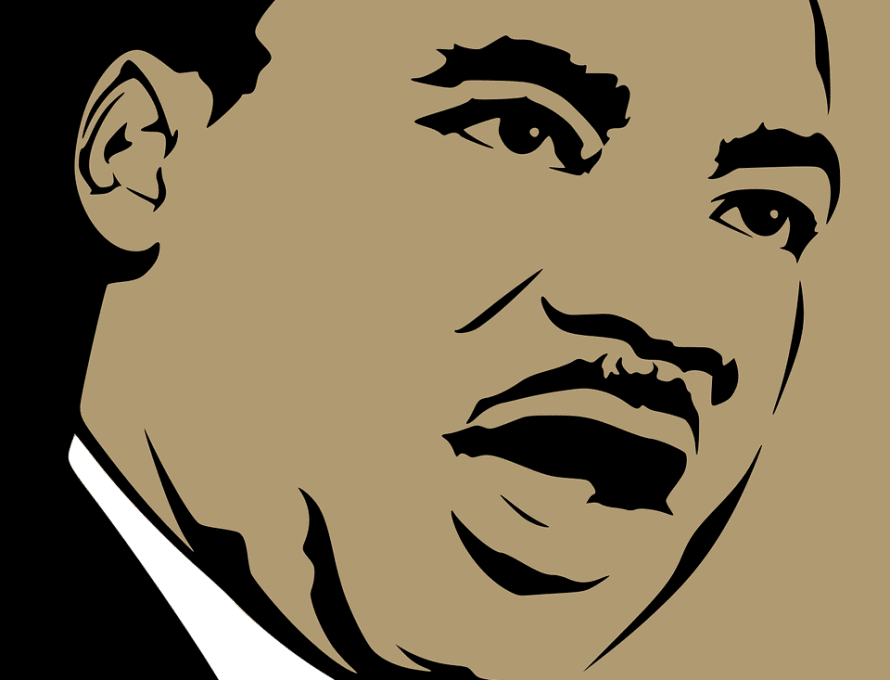 KANSAS CITY – On April 9, 1968, nearly a week after Martin Luther King Jr. was assassinated and on the day of his burial, riots broke out across Kansas City.

At the time, Gary Jones was only 12 years old. But he recalls standing on the corner of 12th and Woodland, watching protesters march up the street. Suddenly, a shot was fired and a woman standing nearby threw Jones to the ground to save him.

“It was such a frightening moment in my life,” Jones, now a Missouri Baptist Convention (MBC) Executive Board member and Kansas City pastor, said.

Meanwhile, nearly 1,200 miles away, Larry Lewis was asked to meet with deacons at the predominantly white New Jersey church where he served as pastor. Previously, following King’s death on April 4, 1968, he had participated in a civil rights rally.

“I was severely rebuked by some of the deacons for participating in that rally,” Lewis, now the Director of Missions for the Mid-Missouri Baptist Association, said. “But I was also very pleasantly surprised by the strong support I got from most of them. This meeting turned into an affirmation not only of my participating in that rally, but of our strong stance for civil rights.”

Fifty years later, Jones and Lewis testify to the lasting impression that King’s assassination – and its aftermath – made on their minds. But, more than this, they testify that their lives and ministries have been impacted by King’s labors and legacy. And, alongside other Missouri Baptists, they’ve labored to make King’s “dream” of racial reconciliation a reality in the church.

“I don’t think there’s any question,” Lewis said, “but that Martin Luther King was used of God to lead one of the greatest movements in the history of our nation, a movement to ensure civil rights to all of our citizens.”

Born in Mexico, Mo., Lewis recalls living “in a very segregated society.” And, although his parents supported civil rights and pushed against some of the “racist” customs of the time, he admits that he came to reflect deeply on the sin of racial discrimination only later – partly through the impact of King’s efforts.

“I can remember well when there were segregated restrooms and water fountains,” Lewis said. “And when we went to the movies, the blacks had to sit up in the balcony while we all occupied the main floor. And at the time I didn’t really perceive that as being wrong. It was just the way it was, and I didn’t have any moral conscience about it.”

But Lewis’ conscience was stirred in the 1950s and 1960s, as King led his peaceful campaigns in support of civil rights.

“Because of the courage of King and other leaders, the dehumanizing brutality of that system came to the forefront of American life, helping to turn public opinion against it,” he said.

“I remember,” Lewis said, “being tremendously impacted by his letter from the Birmingham jail” – a famous 1963 letter that King penned after having been arrested during a nonviolent protest in Birmingham, Ala. To a large part because of King’s labors, Lewis aimed to encourage racial reconciliation throughout his ministry, as a pastor in Missouri and beyond, as well as the president of Hannibal-LaGrange University and of the Southern Baptist Convention’s Home Mission Board.

“I don’t think I could be classified as radical – not as extreme an activist as I could have been or maybe should have been – but certainly I often spoke to the issue in my own sermons,” Lewis said. And, in his churches, he encouraged the involvement of people from different ethnicities and didn’t allow discrimination.

“The church should be a welcome place for all people,” Lewis added. “The church ought to be at the forefront of the civil rights movement.”

And Lewis isn’t alone in hoping to see efforts toward racial reconciliation accelerate within Southern Baptist churches in Missouri and beyond.

On August 28, 1963, King delivered one of his most famous speeches for a rally at the Lincoln Memorial in Washington, D.C.

“I have a dream,” he cried, “that one day this nation will rise up and live out the true meaning of its creed: ‘We hold these truths to be self-evident, that all men are created equal.’ … I have a dream that my four little children will one day live in a nation where they will not be judged by the color of their skin but by the content of their character.”

Jones was only a young child when King made this declaration. And by the time the 12-year-old boy dodged a bullet amid Kansas City riots in 1968, he had experienced pain and violence that were worlds apart from King’s “dream.”

“There was a lot of racial tension,” Jones said. “There is no way today, given what I experienced with racism and police brutality in my own household, that I should be merging with a white church.”

Yet, because he experienced the love of Christ and because he saw the peace-loving courage and forgiveness displayed by King, that is precisely what Jones is now doing. On Easter Sunday (April 1), the members of Jones’ predominately black church, U Church of Kansas City, met in worship with members from the predominately white church, Belvidere Heights Baptist Church, Grandview. The congregations are merging this year to bring racial reconciliation and declare the gospel in their community and beyond.

“We’re trying to live out the dream,” Jones said.

‘A little bit of heaven on earth’

But, according to Pastor Chris Hicks of Belvidere Heights Baptist Church, he and Jones are also inspired by another – heavenly – dream.

“I pastor a church here in a neighborhood that is multicultural,” Hicks said. “And when I came here eight years ago, I always had the desire that our church be a multi-ethnic congregation and be a little bit of heaven here on earth.”

Brian Key also wants to glimpse heaven on earth in this way. Key is a black pastor in a largely white church, Redeemer Fellowship, that was planted in the heart of Kansas City 10 years ago. Redeemer Fellowship, Key said, was intentionally planted “in the center of all the divisions in the city – culturally, ethnically and economically.”

“We’re preaching a gospel that tears down dividing lines of hostility,” Key said, “so we want to see the gospel bring redemption and healing along those lines.”

In order to do this, Redeemer Fellowship began a residency program last year to train young ministers from various ethnic and cultural backgrounds who can encourage racial reconciliation and begin churches in multi-ethnic contexts.

These efforts are compelled by a vision of Christ’s body, the church, as described in the book of Revelation, Key said. This heavenly church is “a multi-ethnic, multi-lingual, multi-colored gathering of saints who are worshiping King Jesus because, in a conflicted and violent and hate-filled world, He has reconciled to Himself a people who are somehow able to sing in one voice, yet with multiple languages, that salvation belongs to God.

“That is a goal that God himself set in motion before the foundation of the world,” Key said.

Indeed, two millennia before Martin Luther King Jr. stood for civil rights and racial reconciliation in the United States, Christ Jesus was slain for the sins of the world – to purchase for God “a people … from every tribe and language and people and nation” (Rev. 5:9). And, conquering death, He commanded his followers to make disciples among all people – whatever their color, language, culture or ethnicity.