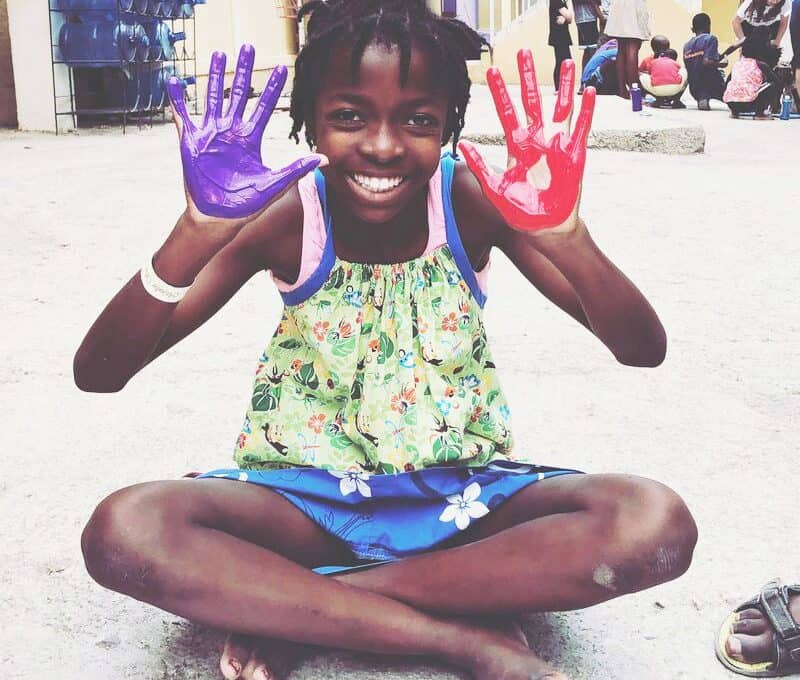 HINCHE, Haiti – Women were the first to share the Gospel with the world, and now a group of women from Renovation Church here are following suit. The four-year-old Missouri Baptist Convention (MBC) church plant sent a team of women to Haiti on the church’s first international mission trip. According to team leader Chelsie Kormeier, the trip is the first step in what they believe will be a long journey of obedience to the Great Commission.

The team, consisting of four adult women and Kormeier’s seven-year-old daughter Naomi, spent a week serving orphans, working in a medical facility, and forging bonds with missionaries on the ground.

“It’s hard to put into words what you see when you go, or how your heart feels when you are on the field,” Kormeier said.

The group arrived on a Sunday and attended church services at Have-Faith Haiti orphanage. Throughout the trip, the ladies got to spend time with the orphans, which included Djulen (pronounced Ju-leen), a young girl who lost her entire family in the 2010 earthquake that devastated the country. Kormeier felt a special bond with Djulen and said that time spent loving children was the most fulfilling part of the trip.

Later in the week, the team served at a medical clinic where they saw rampant malnourishment. According to Kormeier, the problem is due in part to a lack of education about nutrition, as well as systemic poverty.

“Poverty is everywhere you look, but it’s important not to take their dignity away. They are human, just like you and I,” Kormeier said.

The team also visited a special-needs orphanage, and a hospital full of young children with severe conditions. Kormeier said it can feel overwhelming to see the harsh reality of the children’s lives.

“But this is why we go,” Kormeier said. “We go to love and serve like Jesus loved and served. We don’t go to be comfortable, we go to get uncomfortable.”

One highlight of the trip was when the team got to meet Rood, a 13-year-old boy who Renovation’s children ministry sponsors through Compassion International. Kormeier said that her daughter Naomi beamed at the opportunity to meet the young man she had already known from a distance. In addition to the work the ladies did, each of them saw God challenge and stretch her faith. One team member was even baptized while in Haiti.

“We worked tirelessly for a week, and though we were physically tired and emotionally drained, I think we all would have stayed longer to love on Haiti if we could have,” she said.

Kormeier, who also leads a women’s ministry called The Overflow, challenged women to follow God’s call in their lives, even when it involves taking risks for the Gospel.

“Women are called to ministry,” she said. “You have a call. You have a purpose. Don’t ever under estimate what women on mission can do for the Lord.”

Kormeier expects to lead another trip in July. To read more, or to get in touch with Chelsie, visit theoverflow.faith/blog/renovate-worldhaiti/.