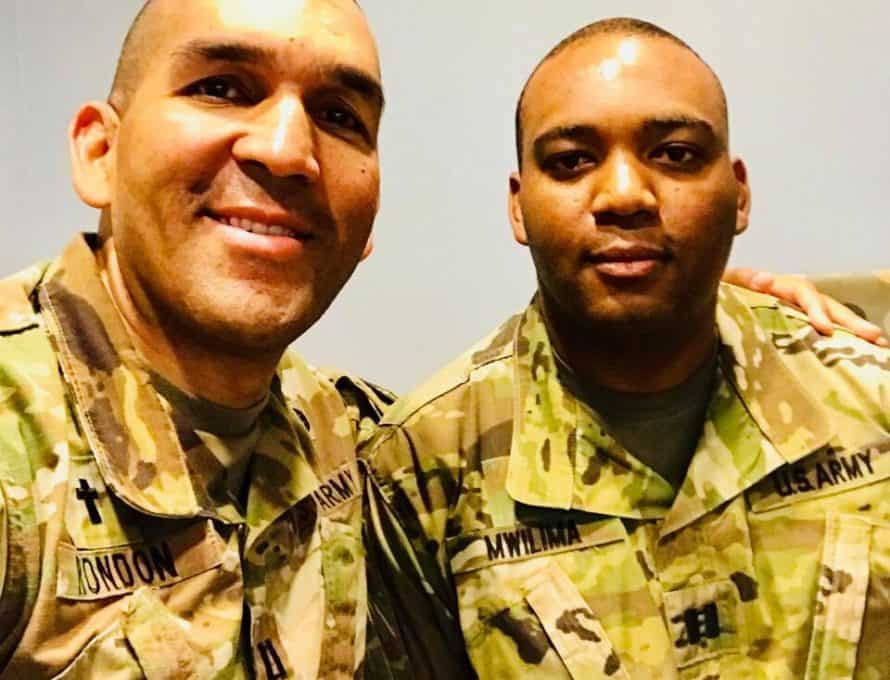 FORT LEONARD WOOD – In less than a month, more than 328 United States Army trainees and soldiers professed faith in Christ during chapel services on the military base at Fort Leonard Wood.

As reported in the March 27 edition of The Pathway, more than 200 soldiers and trainees professed faith in Christ during chapel services on March 11 and March 18, according to Southern Baptist Chaplain, Captain Jose Rondon.

But, on Easter Sunday (April 1), the number of soldiers and trainees professing faith in Christ rose to more than 328, Rondon shared in a social media post.

According to Captain Ishmael Mwilima, another Southern Baptist chaplain on the military base, the recent movement of God among the men and women here is consistent with what he has seen God do for the past few years at Fort Leonard Wood.

“This has been happening during the past three years. It has been active,” Mwilima told The Pathway. “People are really hungry (for the gospel).” Originally from Tanzania, Mwilima became a United States citizen and joined the U.S. Army after earning degrees at North Greeneville University – a Southern Baptist college in South Carolina – and at Southwestern Baptist Theological Seminary in Fort Worth, Texas. He has been stationed as a chaplain at Fort Leonard Wood since 2015.

As soldiers and trainees who profess faith in Christ are eventually stationed throughout the nation and around the world, Rondon, Mwilima and other chaplains at Fort Leonard Wood strive as much as possible to connect them with chaplains at other military bases so they can continue to grow in their faith.

Mwilima urged Southern Baptists to pray that God will call out more men and women into military chaplaincy, where the need is great and the opportunities for sharing the gospel are plentiful. Later this month, he said, he plans to visit Southwest Baptist University in Bolivar to share about military chaplaincy and to find potential recruits for this ministry.

As reported in the March 27 edition of The Pathway, Captain Rondon has served as a chaplain at Fort Leonard Wood since early this year. Originally from Venezuela, he came to faith in Christ in the 1990s through the witness of an International Mission Board missionary. Later, he immigrated to South Carolina, where he attended a Southern Baptist college – North Greenville University – and then worked on master’s and doctoral degrees at Southeastern Baptist Theological Seminary. He became a United States Citizen in 2010 and a year later joined the military with the hopes of becoming a chaplain. To learn more about Baptist military chaplaincy, visit the North American Mission Board website at https://www.namb.net/chaplaincy/military.