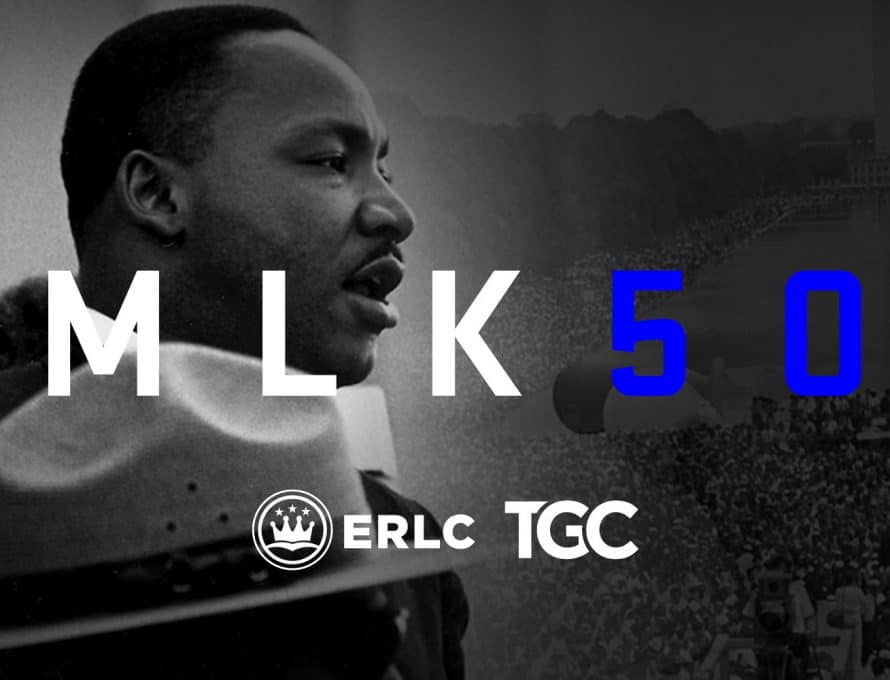 MEMPHIS (BP) — More than 3,600 registrants plan to gather in Memphis to pursue racial unity on the occasion of the 50th anniversary of the assassination of civil rights leader Martin Luther King Jr.

The Southern Baptist Ethics & Religious Liberty Commission (ERLC) and The Gospel Coalition (TGC) will co-host the event — “MLK50: Gospel Reflections From the Mountaintop” — at the Memphis Convention Center half a century after King’s slaying on April 4, 1968, in the Tennessee city. The April 3-4 conference’s goal is to consider the state of racial unity in the American church and culture, as well as to examine what is required to achieve solidarity amid the country’s ongoing division.

ERLC President Russell Moore said he hopes the event “will remind us afresh of the Gospel we believe.”

“Not only that, but my hope is also that it will drive all of us toward Gospel consistency on issues of human dignity,” Moore told Baptist Press in written comments. “In all, I pray it will bring a word of Gospel hope, repentance and unity to many brothers and sisters in Christ.”

Walter Strickland, associate vice president for diversity at Southeastern Baptist Theological Seminary, said he hopes the conference will be “a thoughtful commemoration of a man who significantly changed the landscape of our country, and not just the veneration of a person but the celebration and the giving of tools to pursue the vision that he had that was birthed actually in Scripture.”

In a phone interview, Strickland told Baptist Press the demographics of the conference could be unique.

“[B]ecause of the nature of the event and the type of things that are happening … this crowd is going to be very diverse,” said Strickland, also an assistant professor of systematic and contextual theology and first vice president of the Southern Baptist Convention.

He hopes the participants – including educational and church leaders — “will begin to build relationships with each other so that they can then continue this work …. of establishing, at least as much as we can, this beloved community that Dr. King was advocating for now as a testimony to what God is going to do in the kingdom,” Strickland said.

King, only 39 at the time of his death, was the leader of and spokesman for the civil rights movement from his time as pastor of Dexter Avenue Baptist Church in Montgomery, Ala., in the mid-1950s until his assassination in 1968. He led the movement to practice nonviolence in its pursuit of change, helping produce the Civil Rights Act of 1964 and the Voting Rights Act of 1965.

In Memphis to advocate for sanitation workers on strike, King gave what became known as his “I’ve Been to the Mountaintop” speech the night before he was killed.

Among the MLK50 conference’s topics, speakers and panelists will focus on racial justice as a Gospel issue, celebrate King’s legacy, remember the civil rights movement, address the inconsistencies of white evangelicals on issues of race and discuss racial tension in the United States.

In addition to Moore and Strickland, the diverse lineup of speakers and panelists includes:

In addition to speakers, panels and breakout sessions, MLK50 organizers said special features of the conference will include:

Also convening the MLK50 conference with the ERLC and TGC is an advisory board of more than 50 Christian leaders, including: Steve Gaines, Southern Baptist Convention president and senior pastor of the Memphis-area Bellevue Baptist Church; Byron Day, president of the National African American Fellowship of the SBC; Danny Akin, president of Southeastern Baptist Theological Seminary; Justin Giboney, co-founder of The AND Campaign; Ray Ortlund, lead pastor of Immanuel Church in Nashville; Felix Cabrera, senior pastor of Iglesia Bautista Central in Oklahoma City; Kevin Smith, executive director of the Baptist Convention of Maryland/Delaware; and Jenny Yang, vice president of advocacy and policy for World Relief.

A simulcast of the event may be accessed at mlk50conference.com/live.

Conference information is available at mlk50conference.com.