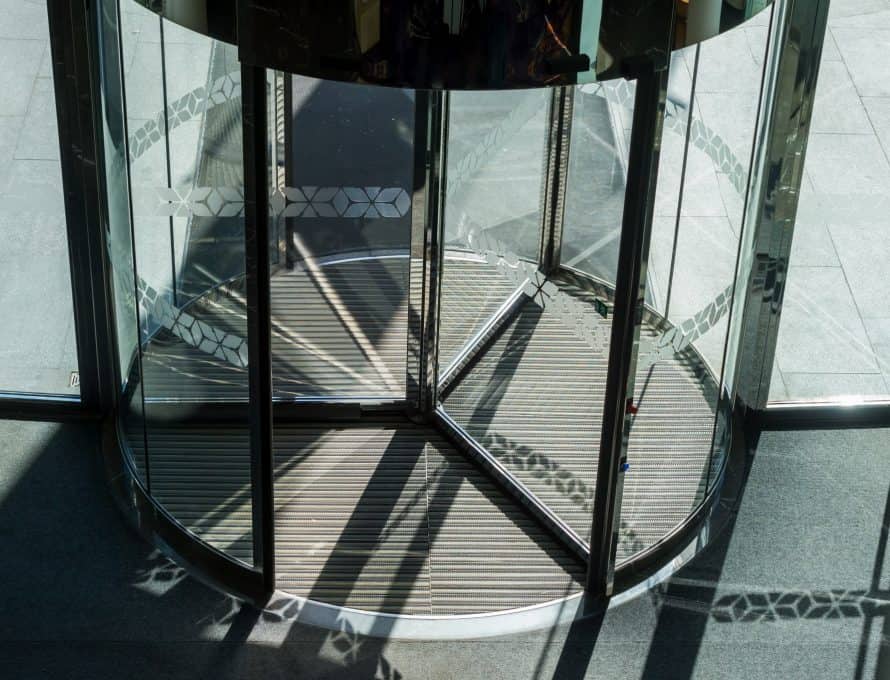 I did calculate that getting in the revolving system was an easier proposition than getting out. That is, getting out with all our luggage. Would the rapidly revolving door slow down long enough to enable me to get off with everything intact? Would it crush an extremity or a piece of luggage? For some strange reason the activity of the entrance caused me to think about the first time I heard the term “revolving door” used for something other than an entrance into a lobby.

The first I heard about a “revolving door” among the incarcerated was in an interview with a prison warden by the name of Burl Cain. It was the term used to describe how inmates would be freed from the prison and within a year so many would be right back in the prison due to some scrape with the law. “Revolving door” was the term described by this behavioral pattern by the inmates.

The revolving door of those who are incarcerated is a big problem in our culture. Too many get out on parole or after serving their time and – boom – they find themselves back in again. Such a pattern is not that uncommon for learned or addictive behavior that is contrary to the law.

But there has to be a way to break the pattern of self-destructive behavior. A snapshot of change occurred where Burl Cain became warden.

Prior to 1995, Angola prison was labeled the worst in North America. Murders and abuse were regular occurrences among the inmate population. The disrespect for human dignity was evidenced by the account in Jim Cymbala’s You Were Made for More (Zondervan, 2008): “When an inmate finally died, he often had outlived any family members who still cared to arrange for a proper funeral. So, he was buried inside the walls, surrounded even in death by barbed wire. The prison management—again, to save money—bought the cheapest caskets they could find on the market, made of cardboard. One rainy afternoon the ultimate indignity occurred when the soggy bottom fell out of a casket just as it was being lifted into place at the open grave. Fellow inmate mourners gasped as the dead body tumbled into the hole. A guard simply motioned for the workmen to dump the rest of the casket onto the body and then proceed to shove the dirt back into place, covering up the whole mess as quickly as possible.”

To contrast what happened after 1995, there was a new sense of dignity and respect for one another among the inmates. A revival within the walls of the prison occurred when Cain announced that he would treat inmates with respect and human dignity. He retrained his staff and officers. He established programs of learning and gave inmates the opportunity to learn about Christ and to thrive in their spiritual walk with the Lord.

And if you will note, Angola no longer buys cheap cardboard caskets. The inmates make some of the finest, simple wood caskets you can find anywhere in the world. When Ruth Graham died, Billy’s family bought 6. They used one for Ruth and placed the others in storage on their family property. When Billy Graham died he was carried and eventually laid in his grave in one of the Angola caskets made by the inmates.

In 1995, when Cain became the warden, he came as a change agent for the Lord Jesus Christ. He knew that rules and more laws do not change what is wrong with people. Human hearts are desperately wicked but God has the solution. The only hope is a gospel transformation in the core of a person. The gospel of the Bible is that Jesus was crucified and our sins were nailed to that old tree. His blood was payment for our sin debt. Then, on the first Resurrection Day, up from the grave Jesus arose. The way to possess so great a salvation is to repent of our ways, surrender our lives to Christ and confess faith in Jesus alone as our resurrected Savior and Lord. Jesus is the living guarantee of a transformed life.

The Angola laboratory demonstrates that this actually works. Prior to 1995, the prison was so bad you would think no one would ever go back but the recidivism was so high it was literally a revolving door. But the Lord used a man with a gospel passion to stop the revolving door –to show people how to find change from the inside out.

I know this drives the secularist mad, but a person’s best hope to stop the revolving door of a life in bondage to anything is to discover the transformational power of the gospel and to become part of an accountable community of people on the journey of faith.