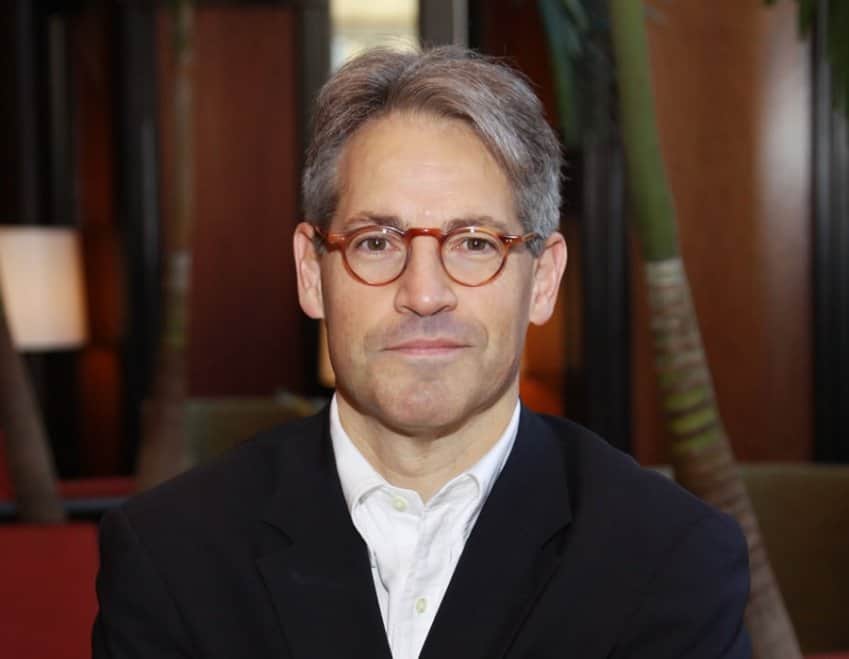 CHESTERFIELD – Being able to wrestle with intellectual issues and yet have the ability to aptly relate such issues to the common man is a rare and desirable trait. Eric Metaxas, New York Times bestselling author of Bonhoeffer: Pastor, Martyr, Prophet, Spy and recent speaker at the American Renewal Project conference here, perfectly possesses this trait.

Both charming and charismatic, Metaxas bridges the gap between the intellectual and the simple. Seeking to help Americans contemplate the role of faith in politics, Metaxas has recently focused on the importance of Christian political activism. During the American Renewal Project conference hosted in St. Louis, I had the opportunity to sit down and discuss various religious and political issues with Metaxas. As expected, his answers were well articulated, thoughtful, and pertinent to some of the greatest issues facing America today.

Since the conference focused primarily on American exceptionalism and Christian involvement in the political process, I began the interview by asking about church history’s importance. Metaxas quickly countered, “There’s no such thing as Christian history, any more than Christian math. I think Christians participate in our own marginalization by acting as though we have our own brand – we have zero brand. Our brand is either that we have truth, which is universal, or we have nothing. And if we believe something that’s not universally true, then we can’t believe it.” Instead, Metaxas pointed out that history is full of Christians who lived according to their Christian conscience and belief. He argued that all of history has been shaped and molded by Christians living according to their faith, rather than a division of the religious and the secular.

In an effort to further explain the role of faith in America’s essential freedoms, Metaxas referred to Alexis de Tocqueville’s famous quote, “Liberty cannot be established without morality, nor morality without faith.” In addition, Metaxas stated, “There’s a fundamental relationship between freedom and morality. Self-government presupposes morality and virtue, which to a large extent presupposes faith. But then faith itself cannot flourish without freedom.” In other words, the freedom that America has enjoyed since its conception was built and is sustained in large part due to religious faith.

In a sobering tone, Metaxas then warned that freedom and liberty are not guaranteed but would likely depart along with the deterioration of religious faith. Metaxas cautioned, “Unless you have a population of faith and virtue, the things that almost every American values will eventually go away.” To further illustrate this point, Metaxas reflected on the failures of the German church to react and preserve freedom from a tyrannical dictator leading to World War 2. “The Germans waited just too long until the window of opportunity closed, and once the window closed, the game was over. The German church was dead, defanged, and had no power. Hitler was able to take over and take the country off the cliff for 80 years, and they never recovered.” Metaxas warned that a similar outcome could occur in America if Christians do not actively fight against the increasing secularism of America, the ever-expanding federal government, and various forms of governmental overreach.

Finally, Metaxas offered words of encouragement specifically to concerned Christians throughout Missouri. “We need to understand these things [interdependence of liberty, morality, and faith] ourselves, understand how vital our faith is in this, and then teach these principles to our children, to our peers, to our neighbors, [and] make them understand there is no other way all of these things of value can work.” Metaxas strongly emphasized teaching subsequent generations the necessity that the Christian faith holds in the essence of American freedom. Though Metaxas has grave concerns for America’s societal direction, he remained hopeful that God will continue to use Christians to bring about both revival and restoration in America.

As to the rest of the American Renewal Project conference, the entire event once again was quite successful. Though keynote speaker, Missouri Attorney General Josh Hawley, was a last-minute cancellation, a variety of historians, pastors, and politicians filled out the rest of the speaking slots. A new addition to speak this year was Missouri Secretary of State, Jay Ashcroft, who spoke predominately on the importance of Christian faith in local communities. Frequently quoting Scripture, Ashcroft emphasized the necessity of the American church “standing up and being the light in the midst of darkness”. Hearing a politician explicitly describe his faith as well as his deep appreciation for Scripture was both refreshing and reassuring. As Ashcroft spoke and held a brief subsequent Q & A, all in attendance were encouraged by his biblical knowledge, model of political integrity, and earnest appreciation for pastors and the local church.

The entire conference successfully encouraged all pastors and laity in attendance to become politically active in local elections as well as urging all Christians to vote. To be sure, a war is waging within this nation for the soul of America, and to quote Eric Metaxas, “Christians need to be politically active in their communities because without that, this whole thing [freedom and liberty] will go away.”

Click play below to listen to the Metaxas Interview.