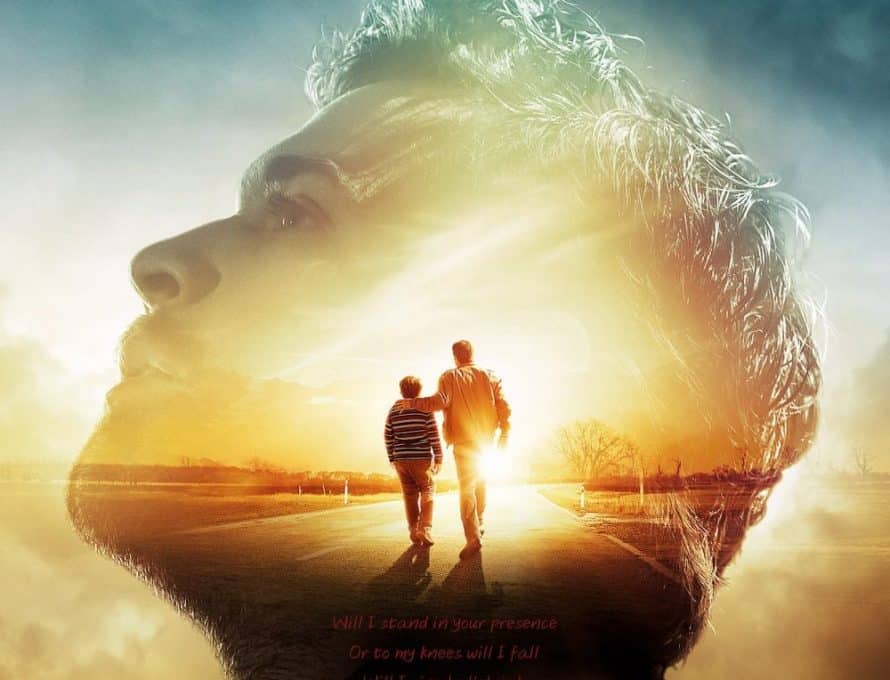 I Can Only Imagine, which opened March 16th, will shatter expectations of inferior Christian filmmaking and may be considered the new standard for Christian movies. The film, based on the true story behind MercyMe’s double platinum hit, features solid cinematography, a talented cast, and a story filled with humor, romance, and redemption.

The movie follows the life of Bart Millard (J. Michael Finley), the lead singer of MercyMe.

Full disclosure: J. Michael Finley is a friend from high school, and his dad, Wayne, and I serve on the same pastoral staff. At Wayne’s invitation, I was privileged to see the world premiere in Nashville, an event that drew the who’s who of Christian artists and musicians. (I’m still kicking myself that I didn’t get a picture with Priscilla Shirer). The lobby filled with energy and anticipation as the crowd flooded in to see the stars walk the red carpet. When eventually the lights faded and the film began, the power of the story was palpable. After the movie ended, the stunned admiration of the crowd showed that everyone had come to the same conclusion: this movie can change lives.

Millard grew up with an absent mother and an abusive father. His relationship with his father grew worse over time, and Bart’s deep emotional wounds linger into his adult years as an obstacle to healing and hope. The story shows the very real struggles of a father who needs forgiveness and a son who doesn’t know if he can offer it.

As viewers are pulled into this emotionally gripping story, a few things will stand out. First, the movie captures the audience with its eminent relatability. Like many, years after Bart has become a Christian, he still struggles in his relationship with his father. In an incredible turn, Arthur’s heart softens, yet he must endure the consequences of his past sins. The relational turmoil climaxes in a transformation that will leave few eyes dry. In the end, both father and son are changed.

Second, those who wish to see an explicit gospel presentation on the big screen will be disappointed, but those who love to see the power of Christ change lives will be thrilled. The movie forces the viewer to ask the question, what could possibly lead to this kind of change? It is a perfect film to invite your lost friends to see because it can (and should) easily turn to a gospel conversation.

Finally, the Christian viewer will notice a difference in emphasis between the song and the movie. When Bart debuts the song, he tells the audience it is written for his dad. As powerfully true as that is, the greater power of the song is its ability to stir the imagination with the glory of Christ. As Christians fix our eyes on Christ, we know those who have gone on before will be clothed in white and applauding us until we see them again. The movie leaves it to the Christian to explain that those clothes are the righteousness of Christ, bought with his blood, secured by his life. I applaud I Can Only Imagine, and I am sure you will as well.