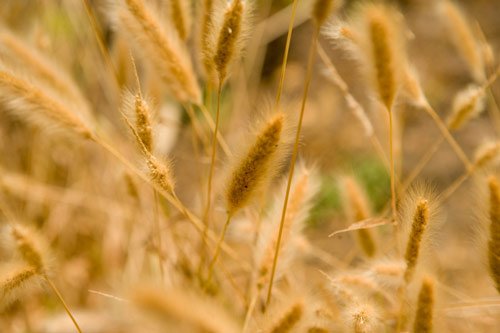 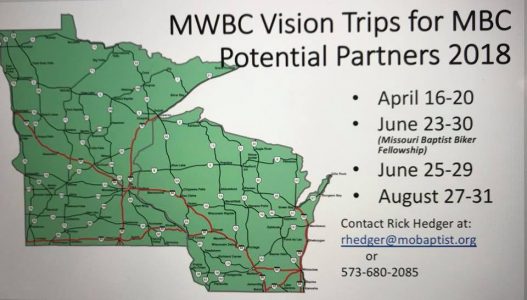 Combined, Minnesota and Wisconsin have a population of 11.3 million, almost double Missouri’s 6.1 million. Yet Missouri has 1,800 Southern Baptist churches compared to less than 300 in those two states.

The April 16-20 trip is one of four vision trips Hedger has scheduled to accompany interested churches as they head north, in addition to trips to other MBC partnership regions of Puebla, Mexico and northern Italy.

“The need is great, but the season for partnering might be narrow unless you’re a winter person,” Hedger said. “They are greatly desiring us to partner with them to multiply churches, make disciples and develop leaders. That’s what it’s all focused around.”

By cooperating together and giving through the Cooperative Program, Missouri Baptist churches are able to accomplish much more in missions than any individual church or association can accomplish on their own. Whereas many traditional approaches to partnership missions are often needs-based, short-term relief efforts, the MBC partnership missions vision embraces long-term development and relationships. Partners commit to one another as the body of Christ by utilizing everyone’s skills and resources. Churches, associations, and missions are encouraged to prevent dependency and develop self-sufficiency. The MBC approved the partnership with the Minnesota-Wisconsin Baptist Convention at the annual meeting last fall, and it will run through 2022 unless extended with the approval of both state conventions.

For more information about MBC Partnerships in Minnesota-Wisconsin, northern Italy or Puebla, Mexico, go to mobaptist.org/partnership-missions/.