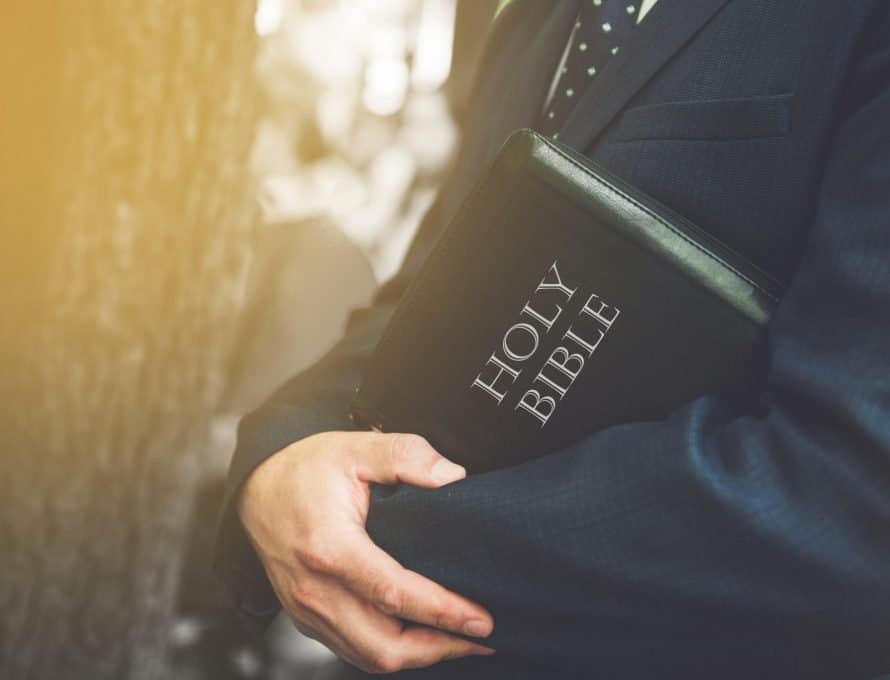 JEFFERSON CITY – Connoisseurs of culture have long predicted the death of the vocational evangelist. Such was the case in the 1920s, when author Sinclair Lewis penned the satirical novel, Elmer Gantry, mocking the great American evangelist Billy Sunday. Like many others at the time, he thought the era of the evangelist had seen its heyday pass.

Never could he have imagined how, only a few decades later, the evangelistic ministry of Billy Graham would begin – a ministry that would impact millions across the globe for nearly 8 decades before the evangelist’s death last month. After Graham’s death, some have opined once again that, for better or worse, vocational evangelism is on the decline.

Yet God-called evangelists – including members of the Fellowship of Missouri Baptist Evangelists – work tirelessly across the state to call people to repentance and faith in Jesus Christ. And, according to evangelism professor Thomas Johnston, God will continue to raise up evangelists for generations to come.

“There’s a never-ending mantra that New Testament evangelism and the evangelist don’t have a role anymore, … a constant claim against the role and the purpose and the mission and the ministry of the evangelist,” said Johnston, professor of evangelism at Midwestern Baptist Theological Seminary and author—among other books—of The Worth and Work of the Evangelist (with Keith Fordham) and Examining Billy Graham’s Theology of Evangelism.

“I believe that God is still calling,” Johnston told The Pathway. “I don’t believe He’s finished calling. Until He comes back, He will call evangelists. He will not stop. Now, we might not be listening, but He is calling.”

And, having worked at evangelistic revivals across the state of Missouri and elsewhere, Johnston can testify that vocational evangelism still works. He once participated in a tent revival, with Keith Fordham, at Lawson Baptist Church – a rural area where there had been no tent revival for at least four decades.

“It was phenomenal,” Johnston said. “We had more people on Wednesday night at the revival than we did on Sunday morning.”

He has also seen the “phenomenal impact” of revivals in urban Kansas City.

Likewise, Randy Conn, pastor of First Baptist Church, Delta, and Missouri Baptist Convention executive board member, has seen the difference that God-called evangelists can bring to a church. For many years, while serving at a previous church, Conn organized annual revivals without using vocational evangelists.

“To be honest, at the end of the week everybody was just tired,” Conn said. “We weren’t revived. We were exhausted.”

Eventually, he began to take advantage of Missouri’s God-called vocational evangelists. It made a difference “because I think God has put some in the church to be pastors and teachers, and some to be evangelists,” Conn said, citing Ephesians 4:11-13.

After inviting evangelists to preach his church’s revivals, dozens of people often came to faith in Christ. And, although FBC Delta hadn’t held a revival for several years when Conn arrived, he has already planned several revivals for the future. Missouri Baptist vocational evangelist Sam Moore is scheduled to preach in April 2018 and September 2019. And Missouri Baptist evangelist Clyde Chiles is preaching in September 2018, while evangelist Jim McNiel will preach in April 2019.

“I understand people say it doesn’t work,” Conn said. “But it works if you work it.”

And that’s exactly what his congregations have done. To prepare for revivals, church members pray intentionally about lost people they know and make every effort to make contact with them and, if possible, invite them to the revival.

“God makes the most of a revival when the ground is prepared,” Conn told The Pathway.

Missouri Baptist evangelist Jim McNiel, a member of Tower Grove Baptist, St. Louis, agrees that God still calls out evangelists and that the church is healthiest when they can practice their gifts within the church.

The evangelical world, he said, is too often enamored with change. “But God is unchanging. His message is unchanging. And many of his methods, I believe, have not changed.”

Of course, this doesn’t mean that every evangelist has the same ministry, nor do they all do their work in the same way. Just as each Apostle in Scripture differed from the other, so also do evangelists differ from one another, McNiel said.

And, according to Johnston, God-called evangelists of the future may also have to vary their strategies based on the growth and change of technology and communication methods – just as Billy Graham, who was “at the forefront of every new technology,” did in his own era.

But the need for the evangelist in the church never changes, he said.

“As long as there are local churches,” he said, “there is room for the evangelist.”

Billy Graham would likely agree. In 1989, asked if another great evangelist might rise as his successor, he replied, “I keep remembering the words of someone I heard years ago, ‘God buries His workmen and carries on His work.’ I do not think any of us are indispensable, whatever field of the Lord’s work we are in. . . . I am convinced that there are thousands of evangelists throughout the world that are more faithful and more capable than I am. . . . They may not be Americans, and they may not have big organizations, but they have the anointing of the Holy Spirit.”

And some of them happen to be Missourians.