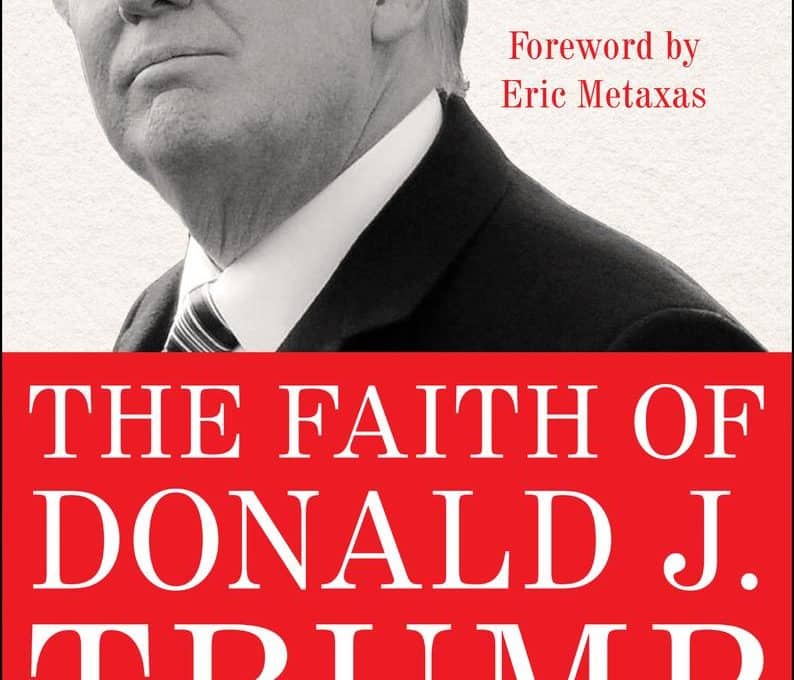 WASHINGTON (BP) — Three Southern Baptist members of an informal evangelical advisory council for President Trump have echoed the assessment of a new book on the president’s faith: he seems to possess a growing eagerness for spiritual knowledge.

Those advisors — Ronnie Floyd, Jack Graham and Richard Land — also say they have witnessed believers share the Gospel with Trump on multiple occasions. They noted that most of the president’s evangelical advisors have not hesitated to speak bold truth to him on issues ranging from the sanctity of life and religious liberty to racial reconciliation and immigration reform.

All three spoke to Baptist Press about their experiences with Trump following the Feb. 13 release of “The Faith of Donald J. Trump” by David Brody and Scott Lamb, published by HarperCollins’ Broadside Books imprint.

Trump “genuinely seems to enjoy being around believers,” said Graham, a former Southern Baptist Convention president. “I don’t think he has been around Christians that much, maybe in his life — certainly not evangelical believers.”

Graham, pastor of Prestonwood Baptist Church in Plano, Texas, added, “When I’m around him, I sense that he really is eager to know more” spiritually.

Brody, a journalist with the Christian Broadcasting Network, and Lamb, a vice president at Liberty University, write about Trump’s spiritual background and how his faith affected both the 2016 presidential campaign and the opening months of his administration. They note his upbringing in the liberal Protestant tradition, his relationship with “positive thinking” advocate Norman Vincent Peale and his longtime affinity for Christian television and Southern Gospel music.

Brody and Lamb also note Trump’s sporadic church attendance, extravagant lifestyle and public record of marital infidelity and divorce. While reserving judgment on whether Trump is a born-again believer, they claim he has a generally Judeo-Christian outlook on the world characteristic of 1950s America.

“Donald Trump,” they write, “has two qualities that give one encouragement as one negotiates what to make of his faith: respect for the God of the Universe, and a desire to draw closer to Him. As our research clearly lays out, the yearning plays out in this President’s regular tendency to seek prayer and spiritual guidance.”

Floyd, Graham and Land say they don’t know whether Trump has trusted Christ as his Lord and Savior. But they’re certain he has heard the Gospel.

All three recounted a conference call on which Trump said, perhaps jokingly, that he hoped a specific policy initiative would help him get into heaven. That’s when evangelist James Robison, a member of the informal advisory group, broke in.

As Land recounted the exchange, Robison said, “No sir, Mr. Trump. The only way you’re going to get to heaven is by trusting Jesus Christ as your personal Savior and His sacrifice on the cross for your sin.”

Trump’s response was, “Thank you, James, for reminding me,” said Land, former president of the Ethics & Religious Liberty Commission.

Floyd and Graham both said they have expressed the Gospel to Trump personally — Floyd at a 2016 meeting and Graham at a dinner after Trump became president.

“I’ve sensed a deep commitment” among Trump’s evangelical advisors “to speak forth the Word,” said Floyd, immediate past SBC president and president of the National Day of Prayer Task Force. “Personally, that’s about all I have to say. Why in the world would I ever warrant that opportunity to speak or pray with the president other than to be faithful to what God has said in His Word?”

The Gospel witness, Land said, appears to be received with interest.

Land, president of Southern Evangelical Seminary, said people close to Trump have said “when evangelicals were on the campaign plane with him, he would make them sit next to him, and he would just pepper them with question after question.”

Though Trump said in July 2015 he didn’t think he had ever asked God for forgiveness — as Brody and Lamb recount — Floyd, Graham and Land said Trump appears to have progressed in his spiritual pilgrimage since then.

As Floyd put it, Trump seems to have experienced “a constant growth pattern … the last several years of his life related to his faith.”

In what Graham described as “almost monthly” meetings with Trump or his staff, the evangelical advisory board has offered its views on a range of policy matters.

Floyd, pastor of Cross Church in northwest Arkansas, said he asked Trump specifically about his vision for racial reconciliation and America’s inner cities during a June 2016 meeting with 1,000 evangelicals. And the day white nationalist protests in Charlottesville, Va. turned to violence in 2017, Floyd texted a faith leader with White House access and requested that Trump make a statement.

For example, Floyd said, when discussion with Trump turned to immigration, evangelicals told him, “Mr. President, look at this in relationship to your being a father, your being a grandfather.”

Floyd added, “And transformation came with regard to these issues.” He said Trump’s view on undocumented immigrants known as Dreamers, who were brought to the U.S. illegally as children, “is articulated differently” than it was a year ago and includes “a deep renewal of the family element.”

Floyd, Graham and Land said serving as Trump’s informal advisor is not a political endorsement of the president or his policies.

When Land was asked to serve in an advisory capacity for Trump, he quipped to Trump’s staff that Trump was Land’s 18th choice out of 17 candidates in the 2016 GOP presidential field. But Trump welcomed him as an advisor nonetheless, Land said.

All three advisors said they pray for President Trump, like they did for President Obama, and advised every believer to do the same.

“Let’s let our witness and our prayer for [Trump] be strong and vital and true,” Graham said. “I do pray for his soul, and I pray that he knows Christ and that he is a part of the forever Kingdom of God.”