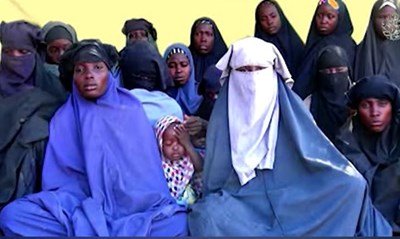 DAPCHI, Nigeria (BP) — As many as 101 Nigerian schoolgirls kidnapped by Boko Haram terrorists Feb. 19 are still missing after state government officials admitted to falsely announcing many of the girls’ rescue.

In an attack reminiscent of the 2014 kidnapping of 276 girls from Chibok, Boko Haram raided the town of Dapchi in northern Nigeria late in the evening, forcing students of Government Girls Secondary School and other residents to flee into the surrounding bush, Reuters, the Associated Press and other news agencies reported.

On Wednesday (Feb. 21), the Yobe state government announced it had rescued 76 of the girls from their captors, causing parents to dance in the streets, Reuters reported. But anger fumed after Yobe Governor Ibrahim Gaidam told villagers a day later that the girls were still missing, Reuters reported Feb. 22.

“The government said yesterday the girls have been found, then the governor came today to say the soldiers are yet to find them,” Reuters quoted Dapchi resident Ali Maidoya as saying. “Why did they lie to us before?”

A series of conflicting reports emanated from the kidnapping, with estimates of the missing girls ranging from 50 to 100 in reports from the Yobe police, government and others. But most recently, Dapchi parents compiled a list of 101 missing girls, the AP reported Feb. 22.

The attack came four years after Boko Haram enraged the international community by kidnapping 276 schoolgirls from Chibok, located about 170 miles southeast of Dapchi. While many of the Chibok girls have been recovered or released, about 100 are believed still missing.

In January, Boko Haram released a video claiming to show about 10 of the Chibok girls who reportedly said they would never leave the terrorists, speaking in the Hausa language. Sahara TV posted the video Jan. 15, saying it was obtained from journalist Ahmad Salkida who specializes in reporting on terrorist activity occurring where the girls were first taken.

Nigerian President Muhammadu Buhari claimed in December 2015 he had technically defeated Boko Haram, weakening the group so much that it would only be able to carry out isolated suicide bombings.

Boko Haram, which began attacking first Christians and then others in its attempts to establish Sharia law in Nigeria, has killed an estimated 20,000 people and displaced 2 million in Nigeria and neighboring nations since 2009. The terrorists have claimed allegiance to the Islamic State and have been accused of killing Christian farmers increasingly in raids since 2017 in cooperation with or under the guise of Fulani herdsmen.