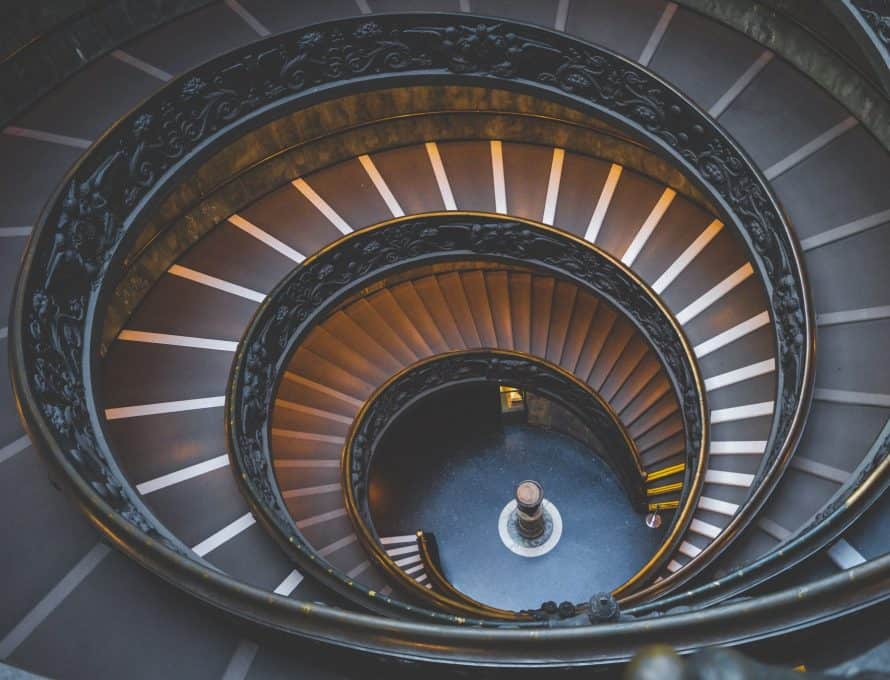 Romans 1 is a graphic depiction of human depravity, which is not a steep vertical fall, but a descending spiral of ungodliness that begins with rejection of God’s revelation and ends with a fateful last step into outer darkness.

It’s a story we should tell more often because it cuts to the chase. Paul doesn’t promise happiness, wealth, or comfort to the sinner who receives Jesus as Savior. Rather, he warns those who persist in rebellion against God of the peril they face when the divine hand of grace finally lets them go.

First, Paul makes it clear that no person stands before God with a valid defense for unbelief. God has revealed Himself to all people in at least two ways: creation and conscience.

In creation, He has shown the wicked His eternal power and divine nature, “being understood through what he has made” (v. 20). A simple gaze into the heavens on a starry night reveals the vastness, beauty, and intricacy of the universe, so that any reasonable person must conclude a divine Designer is behind it all.

Those who never hear

God’s revelation in creation and conscience at least partly answers the question about the fate of those who never hear of Jesus. The simple truth is that no one gets a pass for not having a Bible or for failing to hear the name of Christ. People go to hell because they are rotten to the core, and hell is where they’d rather be.

Specifically, Paul illustrates the descending spiral of depravity with seven steps down the stairway to hell. The wicked:

God’s self-revelation in creation and conscience remains for the wicked, and so does His general grace. But step by step, those who reject God fall farther away from Him until, ultimately, He lets them go. Three times in verses 24-28 Paul writes, “God delivered them over …”

At last they pass a point of no return. They know God. They know His moral absolutes. And they see His gavel of justice falling. But rather than repent, they defiantly proclaim, as does Dennis Quaid, playing Jerry Lee Lewis in “Great Balls of Fire!” – “If I’m going to hell, I’m going there playing the piano!”