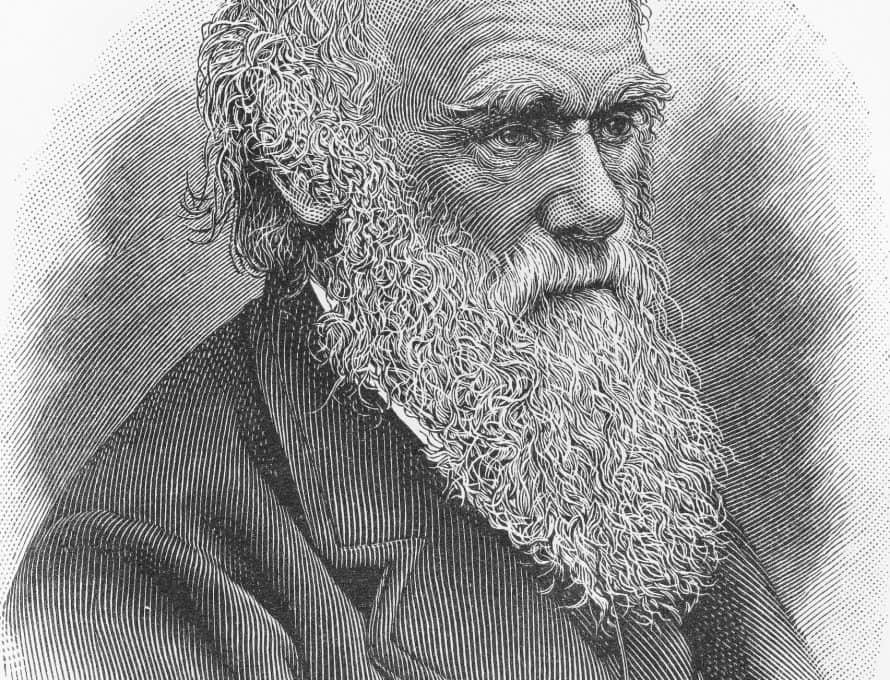 KANSAS CITY – Charles Spurgeon (1834-1892), the “prince of Baptist preachers,” died only a decade after Charles Darwin (1809-1882), who infamously proposed a way for explaining the origin of all species without any need for God. Though they lived in the same England at the same time, these men were poles apart in their views of creation and the origin of life on earth, according to Christian George, director of the Charles Spurgeon Center for Biblical Preaching at Midwestern Baptist Theological Seminary here.

“Spurgeon always grounded himself in Scripture as the final authority,” George told The Pathway. “He could not reconcile Darwin’s beliefs with the creation claims of Scripture and witnessed his society moving away from biblical norms. Spurgeon believed the gospel touches every part of life from theology to technology, from spirituality to science.”

“In Spurgeon’s London ministry, Darwin’s theory had become ubiquitous,” George added. As such, Spurgeon was familiar with Darwin’s works and had some of his works in his own library—for example, his “Journal of Researches into the Natural History and Geology of the Countries Visited During the Voyage of H.M.S. Beagle Round the World.” Many of Spurgeon’s books can be viewed at the Spurgeon Library at Midwestern Seminary.

George also said that Darwinism was a subject of Spurgeon’s preaching and lecturing. In one famous lecture of 1861, called “The Gorilla and the Land He Inhabits,” Spurgeon brought an oversized stuffed Gorilla onto the stage and said, “If we should, therefore admit you (addressing the gorilla) to be man’s first cousin, we fear that the koolo-kamba [another primate] might institute a suit at law to claim equal rights, and so many cousins would be far from convenient.”

More seriously, he added, “Let us see to what depths men will descend in order to cast a slur upon the Book of God. It is too hard a thing to believe that God made man in His own image; but, forsooth, it is philosophical to hold that man is made in the image of a brute, and is the offspring of ‘laws of development.’ O infidelity! thou art a hard master, and thy taxes on our faith are far more burdensome than those which Revelation has ever made.”

In his own autobiography, Spurgeon noted his opinion of Darwin and his scientific theories: “I have read a good deal on the subject [of evolution], and have never seen a fact, or trail of a fact, which indicated the rise of one species of animal into another. The theory has been laid down, and facts fished up to support it. I believe it to be a monstrous error in philosophy, which will be a theme for ridicule before another twenty years” (Autobiography 4:133).

Spurgeon may have been correct about Darwinism’s monstrosity, but he was certainly incorrect about its fate. Darwin’s ideas continue to hold sway in the scientific community, and churches must continue to address this issue, according to Ed Croteau, an apologetics instructor with the Missouri Baptist Apologetics Network.

Croteau told The Pathway that Darwinism answers the most fundamental questions about life in ways that are contradictory to Scripture:

• “Question #1: Who am I? Answer from Evolution: I’m the winning result of millions of totally random mutations between organisms over millions of years, as my species fought for survival in a harsh world.

• “Question #2: Where did I come from? Answer from Evolution: I originated by a luck-of-the-draw event when living matter suddenly came from nonliving. And I kept evolving from an original, common ancestral organism, with many transitional steps as I developed from that original ancestor to a human being.

• “Question #3: Why am I here? Answer from Evolution: I’m here on earth for no specific purpose, since it’s blind luck I was born and survived. As Professor William Provine of Cornell University famously said: ‘If Darwinism is true, then there are five inescapable conclusions: 1) there’s no evidence for God, 2) there’s no life after death, 3) there’s no foundation for right and wrong, 4) there’s no ultimate meaning for life, 5) people don’t really have free will.’”

“This is what teenagers learn in high school biology class,” Croteau added. “It’s no wonder teenagers get confused when five days a week they are taught this information in our school system, and then Sunday in church they are taught God created them. Who’s telling the truth?”

In the face of this reality, Croteau encourages Missouri Baptists to “trust God’s Word,” to have no fear of questions, and to “be diligent” in searching God’s word for answers. Croteau explores these and other questions from the perspective of God’s word on his website www.faithsubstanceevidence.com.