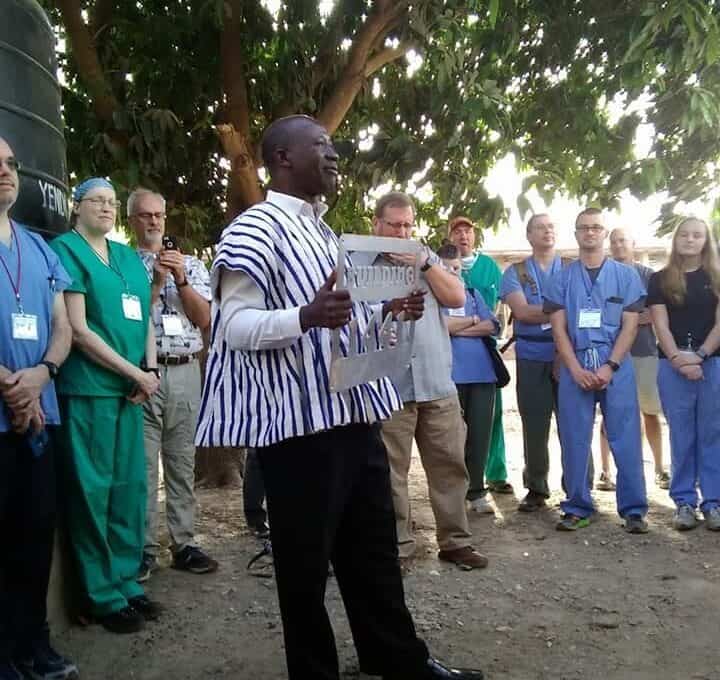 YENDI, Ghana – The mission team from Franklin Baptist Association doesn’t do anything halfway. They didn’t bring a handful of people on their recent trip to Ghana; they took 53. They didn’t set up a clinic to deal with minor illness and maladies; they set up a permanent intensive care unit at a local hospital.

Joe Nogalski, pastor of Memorial Baptist Church in New Haven, has been going on the trips regularly since he was a student at Southern Seminary in 2001. It began with a partnership with Emmanuel Mustapha, a local church planter, then grew into medical missions before becoming the evangelistic partnership that it is today.

Surgeons, anesthesiologists and nurses from Mercy Hospital in Washington joined members of Memorial, Faith Baptist in Washington and various other churches in the January trip as they set up a brand new intensive care unit at the Yendi hospital in northeast Ghana.

“It’s about as rural as it can be, but the hospital still serves about 100,000 people, even some from neighboring Togo,” Nogalski said. “They’re so far north, that medical resources usually don’t make it to them.”

Indeed, the need was great and so was the response. In just three days, the Missouri team performed more than 100 surgeries, hosted a maternal healthcare clinic, treated more than 1,600 people, and examined more than 3,000. The Missouri personnel were even able to set up an online link between the local and Missouri hospital, allowing for virtual consultation from across the ocean and 6,000 miles. But on top of that, the team was also able to share the real motivation behind their trip: the gospel.

At least 11 people accepted Christ during the trip. But it’s not just those who remain in Ghana who were changed eternally.

“God has worked in everyone who went on the trip,” Nogalski said. “God allows them to do something miraculous, even just in putting it together and making the travel to Yendi happen, then seeing the way God is working through the Ghanaians.”

One village in a predominantly Muslim area hosted a clinic with such great results, the Ghanaian partners have been invited to plant a church there.

“God uses the medical to allow the gospel to be presented,” Nogalski said. “They listen because you have compassion on them.”