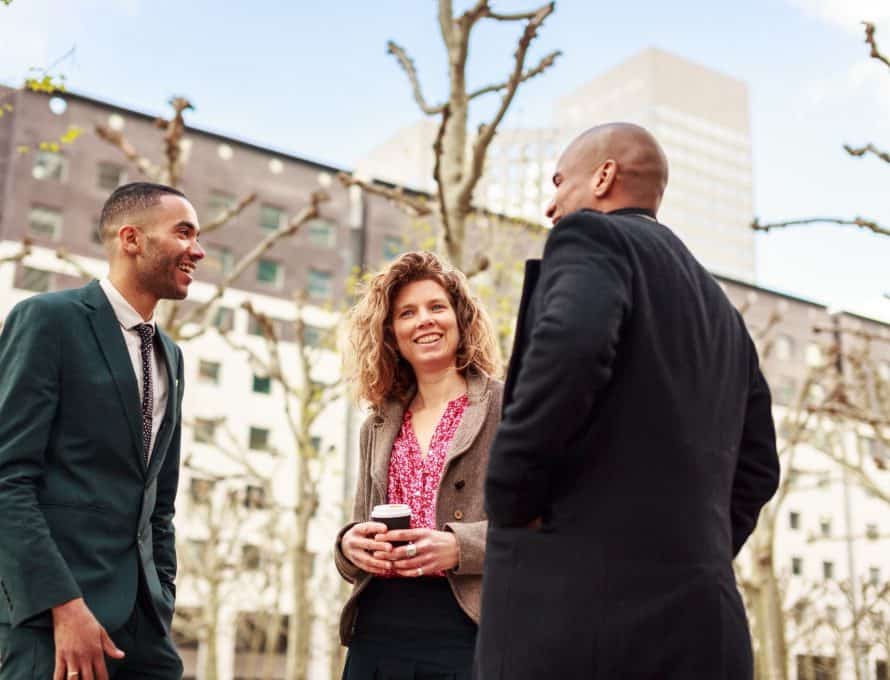 Christians often find it difficult to have meaningful conversations with people struggling with same-sex attraction. To a great extent, that’s our own fault for delivering biblical truth with a sledge hammer rather than with gentleness and respect (1 Peter 3:15-16).

Even so, it’s hard to carry on a civil discourse when you’re accused of being a homophobe engaging in hate speech. What’s more, some LGBT supporters express such hostility toward Christians that they won’t listen to a biblical approach to the issue, no matter how faithfully and lovingly delivered.

So, what should we do? Donald T. Williams suggests the Socratic method. Socrates is an ancient philosopher who taught by asking questions. Jesus proved to be the consummate practitioner of this method, plying His questions with divine love and remarkable insight.

In a recent Christian Research Journal article, Williams writes, “Well-designed Socratic questions can help to defuse tense encounters and also give nonbelievers the opportunity to encounter a different view without rejecting it outright before they even hear it.”

Taking Williams’ lead, let’s think about polite questions we might ask in response to criticisms of a biblical worldview with respect to same-sex attraction.

Objection 1: Anyone who criticizes the LGBT movement is hateful and homophobic.

This is a tactic known as poisoning the well. It is a pre-emptive move to set up a statement for failure before anyone even has a chance to make it. It’s the classic, “When did you stop beating your wife?” question.

Williams offers several responses. My favorite is: “Do you really believe I think less of a person just for having a different set of temptations than I do?”

Rather than repeating the negative by declaring, “I’m neither hateful nor homophobic,” the Socratic question raises a key point. We are not suggesting that those who struggle with same-sex attraction are worse sinners than we are. Rather, we are standing on the same ground with them, as sinners desperately in need of God’s grace.

Objection 2: If you really believe the Old Testament, why don’t you stop eating shellfish and wearing polyester?

In other words, if we quote passages from the Holiness Code (Leviticus 17-26), why do we single out the prohibitions against same-sex behavior but overlook those having to do with agriculture, diet, and clothing?

Williams offers a number of good responses, such as, “Have you ever heard of progressive revelation?” This gives us the opportunity to share God’s word as an unfolding story, not an encyclopedia of rules and regulations.

We might also ask our friends if they know the Old Testament Law had two parts: the ceremonial law, intended for the OT saints in the context of salvation history; and the moral law, which featured universal and eternal moral principles based on God’s character. The ceremonial law was fulfilled in Christ and ends with His finished work on the cross. The moral law is still valid for everyone.

Or, we might ask: “What behaviors led God to punish the nations around Israel? Planting two kinds of crops together? Eating shellfish? Wearing mixed clothing?” The answer is: None of the above. It was for violations of the moral code. That’s a better standard for discerning between ceremonial law and moral law.

This is a true statement, insofar as His words are recorded in the Gospels. But Jesus didn’t explicitly say anything about a number of issues. So, how might we answer this statement?

How about: “Did Jesus say anything about marriage?” The answer, of course, is yes. When challenged about divorce in Matthew 19, Jesus took His listeners back to Genesis, where God’s creative design is in view. The Lord created people male and female, and He gave them marriage as a means for personal pleasure, security, fellowship, and procreation.

The biblical standard Jesus affirmed is violated when people engage in any sexual lusts or behaviors outside of these boundaries – online pornography, sex before marriage, extra-marital affairs, and same-sex behaviors.

Williams summarizes: “Increasingly, these questions and their answers will be needed in dealing not only with secular people but also with confused Christians. To be effective with either group, they must be asked out of a genuine desire for dialogue. So think beforehand about how you might want to guide the discussion, fortify yourself with prayer and study, own these questions as your own, and then start asking them!”