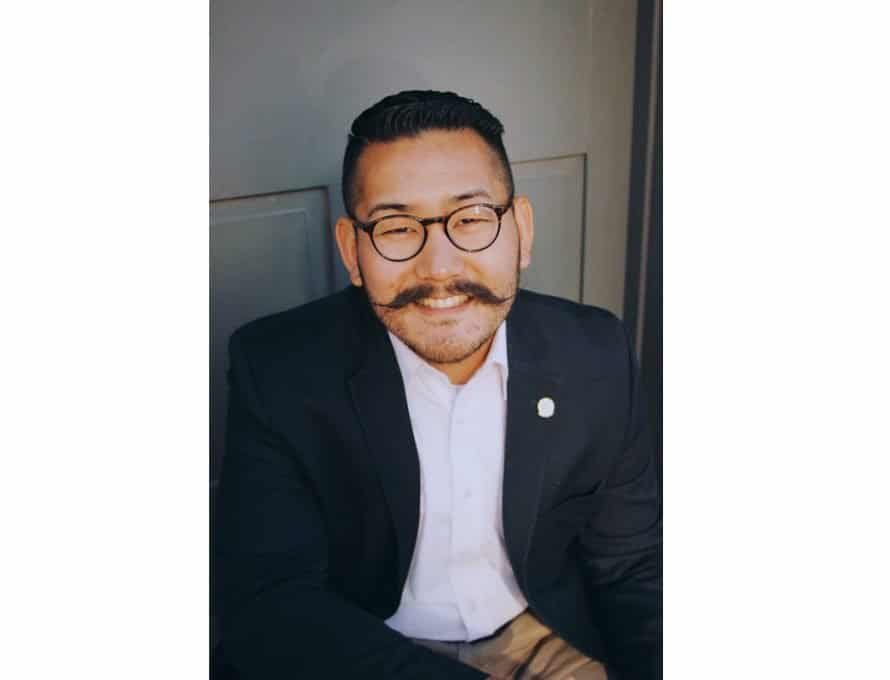 TROY – When he was 15 years old, Jonathan Hayashi had been arrested, tried, blacklisted, and put behind bars. He hated Christians, he hated his father, and he hated God. He never imagined how God was already working to bring him to faith and to send him, eventually, to minister in a Baptist church, more than 6,000 miles away in Missouri.

In fact, God was at work long before this. Years earlier, when Hayashi’s mother studied English at a college in Japan, she met International Mission Board missionaries teaching English through the Bible. Soon, she came to faith and began a lifelong walk in the Lord.

Then she met Hayashi’s father. Although he wasn’t a believer, she married him – following the poor advice of a pastor who said it would be a great way to win him to faith. As it turned out, her new husband was not only a staunch atheist, but he could also be angry and abusive.

“My father really thought we were a bunch of fools believing in a fairy tale. Growing up, I lived in fear of him,” Hayashi said, recounting how – as a young boy – he saw his dad beat his older brother and mother.

“It was unbearable,” he said. “The only place I could run away from reality was music. Whenever I was scared, hurt, mad or angry, I ran to the piano. It gave me this temporary peace, but it didn’t last long.”

By the time he was 12 years old, he sought elsewhere for a means of escape. He met up with the wrong crowd and, under their influence, began to drink, smoke, and use drugs. He joined the third most violent gang in the area. And, angry at God, he turned his back on his mother’s faith.

In time, he was kicked out of school and ran away from home. And, at the age of 15, he lived on the streets.

But then he was arrested for stealing a motorcycle and for his gang membership.

It was in that moment, as he sat in the back of a police car, that he felt as if God “tapped” on his heart, telling him, “Jonathan, I have a bigger plan for you – this is not what you’re supposed to be.”

Determined to help her son, Hayashi’s mother sent him to a missionary home in Tokyo, where he was able to break ties with his past – no more girlfriend, no more gang, no more smoking or alcohol or drugs.

“This pastor was the real deal,” Hayashi said. “He didn’t judge me. He welcomed me in his home. He just loved me, prayed for me.”

Moved by the love that Kawamata showed him, Hayashi asked him why he differed so much from other Christians that he had known. In response, the pastor shared his own testimony and the truth of the gospel.

“Something penetrated my heart,” Hayashi said, “and I began to weep for the first time in my life. So that night, at age 16, I decided to confess Jesus Christ as Lord, to the glory of God the Father.”

From that moment onward, he began to change – even in his attitude toward his father. “Not only was I able to forgive my father,” he said, “but I was able to love him from the bottom of my heart.”

He also got a second chance at school. His mother enrolled him in a missionary school in Malaysia to finish high school. Then, growing in his desire to serve the Lord, he moved to the United States, where he earned a bachelor’s and master’s degree at Moody Bible Institute, Here, he also met his wife, Kennedy.

Now Hayashi is completing his Doctor of Education degree at the Southern Baptist Theological Seminary, and he serves as a minister of worship and discipleship at First Baptist Church, Troy. His wife, who studied children’s ministry at Moody, also serves as a part-time children’s director at the church, as well as caring for their two young children.

Moreover, he is one of the newest members of the Missouri Baptist Convention’s Apologetics Network (MoBaptist.org/apologetics/mban).

Looking back at his testimony, Hayashi expresses gratitude for his mother’s lifelong faithfulness to Christ.

“I praise God for my mother,” he said. “She was a prayer warrior.”

And in answer to her prayers, not only is Hayashi a faithful Christian today, but so also are his siblings. Moreover, five years ago, his father also came to faith in Christ while reading the gospel of John.

Because of this Hayashi also thanks God for Southern Baptist missionaries who, funded by the Cooperative Program, went across the globe to Japan – one of the most unreached areas in the globe, sometimes called the “missionary’s graveyard” – where they led his mother to Christ.

“I believe in the Cooperative Program,” Hayashi said. “I wouldn’t be here if it weren’t for that.”