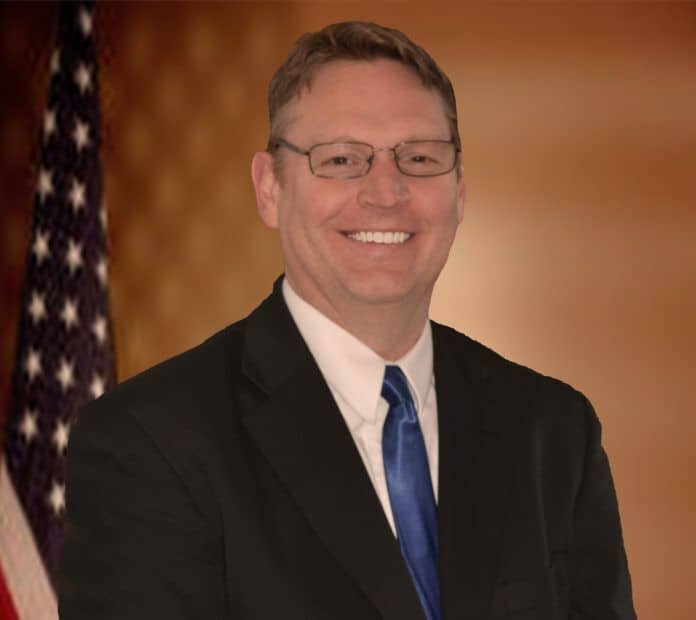 “Being a follower of Jesus Christ is foundational to who I am,” said Hoskins. “It is the driving force from which I operate and make decisions. And, from this, stems my call to serve others.”

Hoskins considers himself a liberty-minded thinker who recognizes each person’s desire to be free stating, “We need representation that will stand up for the values Missourians believe in, and protect our freedoms.”

Hoskins began his ministry work in 1999. Since this time, he served as pastor at several churches, including Morse Mill Baptist Church. He was the Director of Missions at Jefferson Baptist Association and has lived in both Brazil, and Suriname while serving as a missionary with the International Mission Board. He is also involved with Bates Creek Camp in Potosi, which annually serves youth in both Washington and Jefferson counties. Prior to serving in the ministry, Hoskins was a financial planner.

“I consider myself honored to serve in the ministry, but I understand the incredible responsibility, as well,” Hoskins said. “It means surrendering your life to God and committing to love your neighbor as you love yourself.” Hoskins has been a servant of this community and its people for years. He says, “I would like to continue this work by representing my community in Jefferson City.”

Hoskins is a member of the Christian Life Commission of the Missouri Baptist Convention. He has been involved in politics and political campaigns since he was a teenager.

Legislative priorities for Hoskins include protecting religious liberty and growing the Missouri economy through free-market solutions. “I believe that religious liberty is under threat from a growing tide of political correctness,” he said. “We need to ensure people are free to practice their faith.”

Hoskins also cited reducing burdensome regulations and simplifying the process to start a business in the state. He would like to encourage entrepreneurship while lowering the tax burden. Hoskins stated, “Instead of relying on massive government programs, our elected officials should pursue policies that promote partnership between local and state governments and community organizations to tackle social issues and promote our economy.”

Hoskins describes himself as vehemently pro-life, stating, “Missouri should continue to be a place where we value life. I would support a ‘heartbeat bill, preventing abortion once an infant’s heart starts beating.”

Hoskins and his wife, Allison, have been married for 20 years and have four daughters: Hope, Abigail, Grace, and Esther, aged 14-8.

Hoskins has retained Axiom Strategies to consult on his campaign.