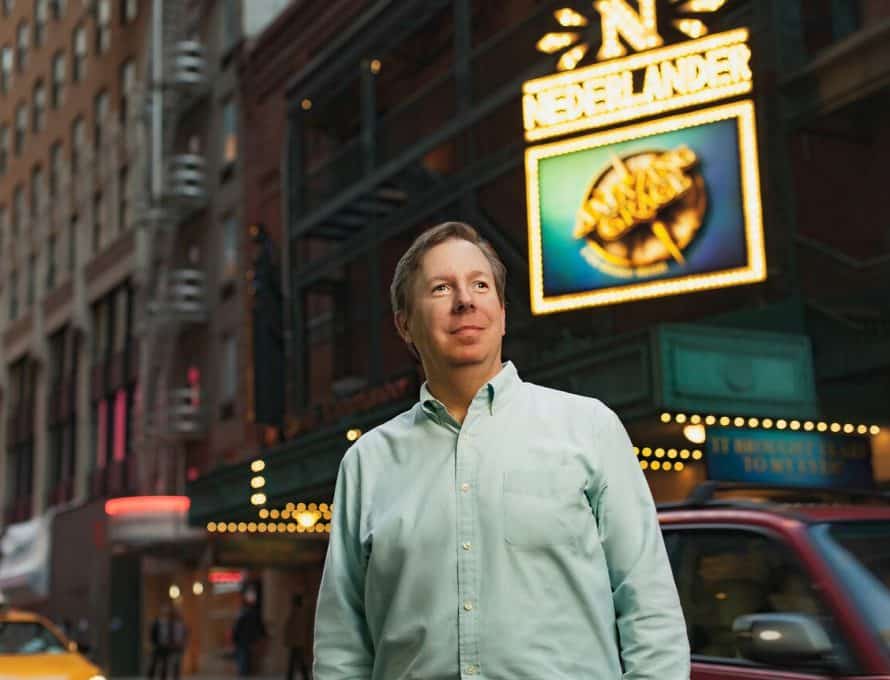 NASHVILLE (BP) – Amid entertainment industry scandals and a steady stream of profanity- and sex-laden content from Hollywood, Broadway composer Christopher Smith aims to inspire a generation of Christians to be salt and light in the entertainment world.

Smith – author of the script, music and lyrics for the musical “Amazing Grace” – has pursued that aim through speaking engagements at several Southern Baptist-related schools, including Southern Baptist Theological Seminary, Union University, Houston Baptist University and Liberty University. He also hopes to demonstrate what God-honoring entertainment looks like with a 70-city tour of “Amazing Grace” that started Nov. 17 at the Museum of the Bible’s grand opening in Washington.

President Trump and Vice President Pence have been invited to the show, Smith said.

“I really believe,” Smith told Baptist Press, “in the redemptive power of theater which is excellent in its artistry and honors God.”

“Amazing Grace” is based on the true story of 18th-century slave trader John Newton, an atheist turned Christian pastor who helped abolish the slave trade in Great Britain and wrote the autobiographical hymn Amazing Grace.

Inspired by Smith’s encounter with a book about Newton years ago, “Amazing Grace” mirrors Smith’s personal testimony in some ways. God saved him out of atheism at age 17. Then he went on to become a police officer and youth pastor in Pennsylvania before breaking into the theater business with “Amazing Grace.”

Through the 70-city tour and continued speaking engagements, Smith hopes to show fellow believers they too can glorify God through the arts.

Performances of “Amazing Grace” at the Museum of the Bible are scheduled through Jan. 7. A schedule of other tour stops will be released at amazinggracemusical.com. ν