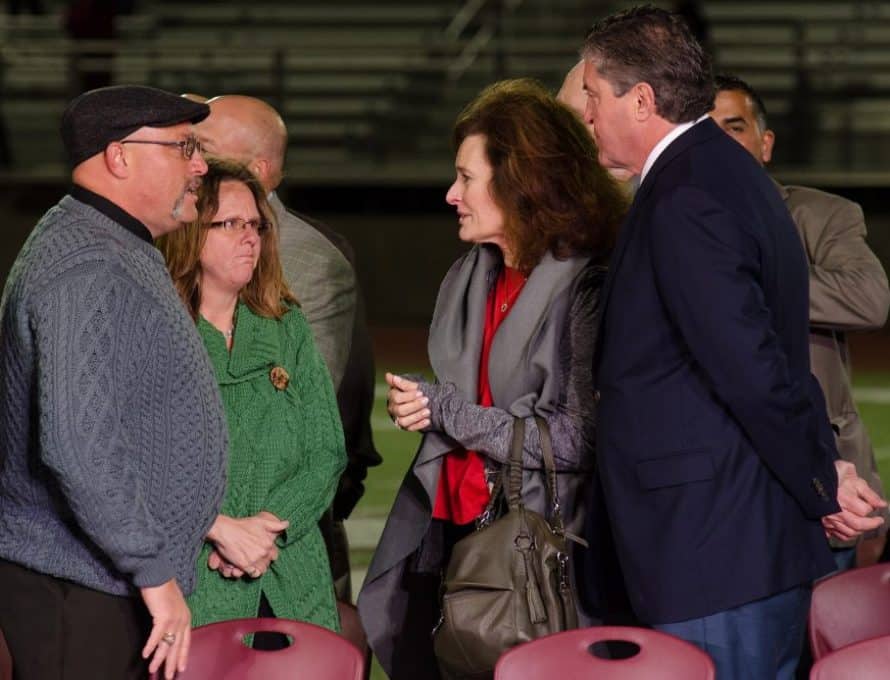 Stice, disaster relief director for the Southern Baptists of Texas Convention (SBTC), reported teams of Southern Baptist chaplains and other DR volunteers are ministering however they can among those devastated by the “senseless” tragedy.

It’s only been about a month since Southern Baptist Disaster Relief chaplains responded to the Oct. 1 mass shooting in Las Vegas that left 58 people dead and nearly 500 others wounded.

With chaplains on the ground in Sutherland Springs, Stice noted “lots of healing needs to take place; it’s a hurting church and a hurting state.”

SBTC’s associate for pastor/church relations, Ted Elmore, was among the first to respond to the tragedy with a team of field ministry strategists.

“When we found out there was an event, we rounded up a team to see how to serve pastors and churches,” Elmore said. “Since Sunday evening after the shooting, we’ve received assistance from disaster relief chaplains and have been reaching out to local churches to better understand what they need to rally around their friends and families.”

The community is “expressing their grief but also locking arms and holding one another up,” Elmore said.

Terry Henderson, the state disaster relief director for Texas Baptist Men (TBM), knew one of the victims of the Sutherland Springs shooting. He said members of TBM have continued to invite chaplains to Sutherland Springs where they can occupy the Red Cross’ Family Assistance Center to provide support and comfort to those in need.

“Many have responded to the call and are at either the family center or in the hospitals,” Henderson said. “Many chaplains stayed at the family center when names of the deceased were announced. We are grateful for chaplains from many organizations as they’ve been here to listen.”