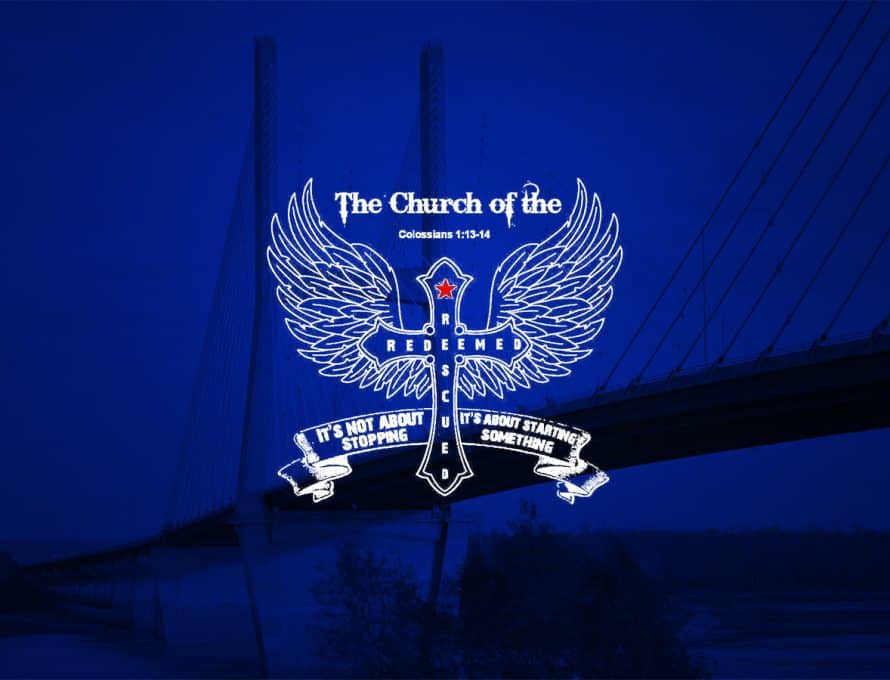 CAPE GIRARDEAU – To say God is doing a new thing with two merged churches is an understatement.

The former Rock and Roll Church merged with the historic Red Star Church in March to become the Church of the Rescued and Redeemed.

Pastor Billy Garner said the former Rock and Roll church met for seven-and-a-half years in different Cape storefronts and in his home.

“We prayed for a building for a few years. Nothing,” Garner said. “The spirit led me to make some hard choices in our music and name.”

“In November 2016, I realized I needed to really amp up prayer. We tried a prayer ministry. That didn’t go over.” Garner read a book by former MBC staffer Dr. Robert Loggins of 40 days of prayer and fasting.

“Two weeks into our prayer study, our DOM called, saying the Red Star might be looking for a pastor. Then, out of the clear blue, one Red Star deacon called to tell me to talk to the DOM (unaware the call had been made.)”

Garner didn’t put on airs in appearing at Red Star. He delivered a typical sermon, Rock and Roll brought its band, and many arrived on motorcycles.

“We wanted them to know what they were getting into,” Garner said.

God moved in an odd way after that.

“At the beginning of March, we were having a service (as Rock and Roll Church). I felt in the middle of my message I needed to get on my knees and pray. Some others joined me. My phone rings during the prayer. I thought, ‘Oh, I forgot to turn it off.’ I canceled the call, and it rang again. It was Red Star, and they were ready to merge, agreeing by 90 percent. During our prayer! I put the call on speaker phone and the church went ballistic,” Garner said.

At that time Rock and Roll church attendance had dropped to about 65, and in Red Star, a church since the 1890s, attendance was in the 30s. Garner said many Cape area people attended Red Star at some time.

Two weeks after the call, Rock and Roll had relocated to Red Star’s facility at 1301 N. Main, Cape Girardeau, with the new legal name. Attendance quickly began to average 125-130 a week.

“We‘ve had baptisms every month we’ve been there. We were crystal clear what we were doing. Unfortunately, most of the Red Star group has left the church. God had finished their (Red Star) ministry at that location, and now the ministry is alive again. We started as a merge, but God turned it into a replant.”

A name change was necessary, partly because some pre-merger talk called the church “Rock Star.”

The Church of the Rescued and Redeemed began a recovery ministry and plans to engage in a re-entry program for those released from prison. The church has an activity center across the street and put a sports minister on staff. The sports ministry draws 300 people weekly.

Garner’s church had gone from no home to almost a 50,000 square foot building space.

“It reminds me of the Lord saying he who is faithful in little will be given much.”

Previously, outdoor baptisms were greeted with motorcycle revvings, which still occur, but now the church has an indoor baptistery.

While the MBC has helped cover some costs, but there are still needs of the replanted church – an aging HVAC system and a church van is badly needed.

“We’re not just bikers. We’re for people in the cracks, on crack, and full of cracks. It’s not about stopping something. It’s about starting something.”

“As a church planter, I prayed for years and years. It wasn’t until the church agreed to pray that things happened immediately,” Garner said.