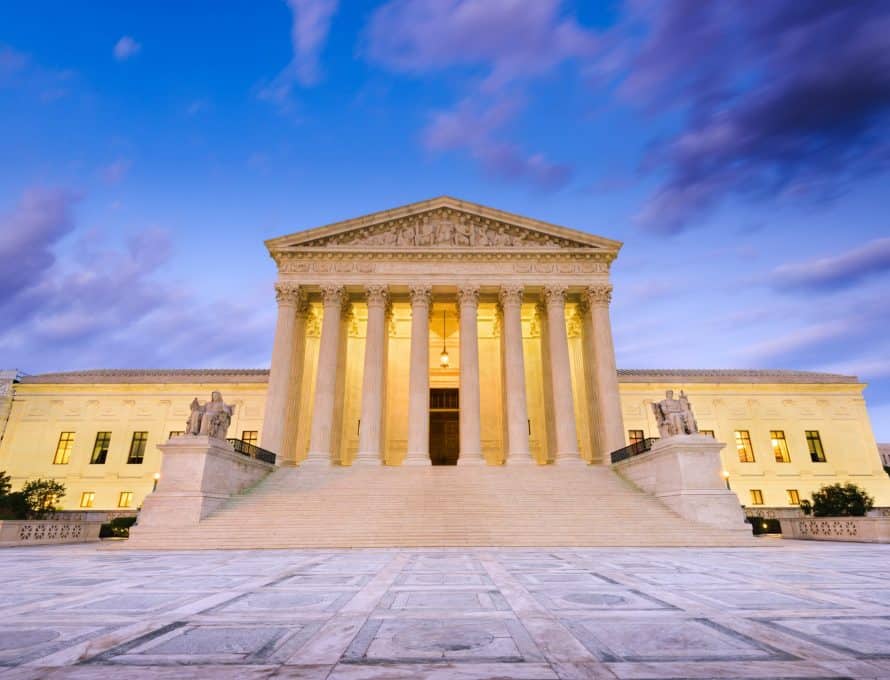 (WNS) – A U.S. Supreme Court case testing the constitutionality of a California abortion law will affect free speech beyond the battleground over unborn lives. National Institute of Family and Life Advocates v. Becerra, which the high court agreed this month to hear, focuses on whether the government can prescribe a message for groups that disagree with it – in this case, a message that promotes abortion. Pro-life groups that have filed suit against the law are optimistic the court will grant them a win.

“I don’t think this will be the typical axiological split purely on the issue of abortion, because it’s so much broader than that,” Denise Harle, attorney with Alliance Defending Freedom, which is presenting the case on behalf of the plaintiff, told me. “So we’re very hopeful for that, and a win would … [confirm] that Americans are free to speak or not to speak without government coercion.”

Under the law, medically licensed clinics must post a sign or distribute literature to women with the following statement: “California has public programs that provide immediate free or low-cost access to comprehensive family planning services (including all FDA-approved methods of contraception), prenatal care, and abortion for eligible women. To determine whether you qualify, contact the county social services office at [insert the telephone number].”

The signs must also be in at least a 48-point font on 8½-by-11-inch paper and posted at the entrance or in the waiting room. Violators face substantial fines.

Pro-life pregnancy centers have been fighting the law since California Gov. Jerry Brown signed it in 2015. One group that filed suit in November 2015 recently won a permanent injunction against the law in a state court. Three other cases, filed by Liberty Counsel, the American Center for Law and Justice, and the Pacific Justice Institute, are pending appeal before the U.S. Supreme Court.

“The fact that they decided to take the case, to me, signals that they’re not approving of the California law,” he said, adding that he’s “optimistic that the Supreme Court will ultimately find the law violates the First Amendment right to free speech.”

If the court sides with California, Staver said it would open the door to other states passing similar laws. “It would be a huge restriction on free speech but also on the mission of crisis pregnancy centers,” he said. “It’s like, in a way, telling the NAACP it needs to post notices regarding white supremacist organizations.”

The eventual ruling in the case could stem the tide of laws mandating government messages, as well as determine the fate of the three California cases pending appeal. It could also set precedent for at least two other existing state laws.

A 2016 Illinois law, currently under preliminary injunction, required healthcare professionals with conscientious objections to abortion to refer patients to abortion providers. Harle said that her organization, which filed suit against the law, will probably ask the court to halt proceedings until the Supreme Court issues a decision on the California case.

Another law, passed this summer in Hawaii, requires pregnancy centers to post signs telling women how to obtain free or low-cost contraception and abortion. Pregnancy centers and the National Institute of Family and Life Advocates filed suit, with Alliance Defending Freedom’s help, saying the law violates their right to free speech according to the First Amendment of the U.S. Constitution.

In Maryland, Illinois, Texas, and New York City, pro-life groups have prevailed against laws requiring government-mandated abortion messages, yet Harle said the upcoming Supreme Court decision will be a welcome reprieve from the constant “on the ground” battles.

“We’re really excited for this opportunity because we think it’s going to have positive implications for affirming First Amendment rights for all Americans,” she said. “It’s going to go far beyond just protecting these particular centers. We’ve seen the legislatures in various states start to pass these laws, and, thankfully, courts in different states have so far invalidated them or mostly invalidated them. But now we get the chance to have the Supreme Court weigh in once and for all and say all these laws are unconstitutional.”